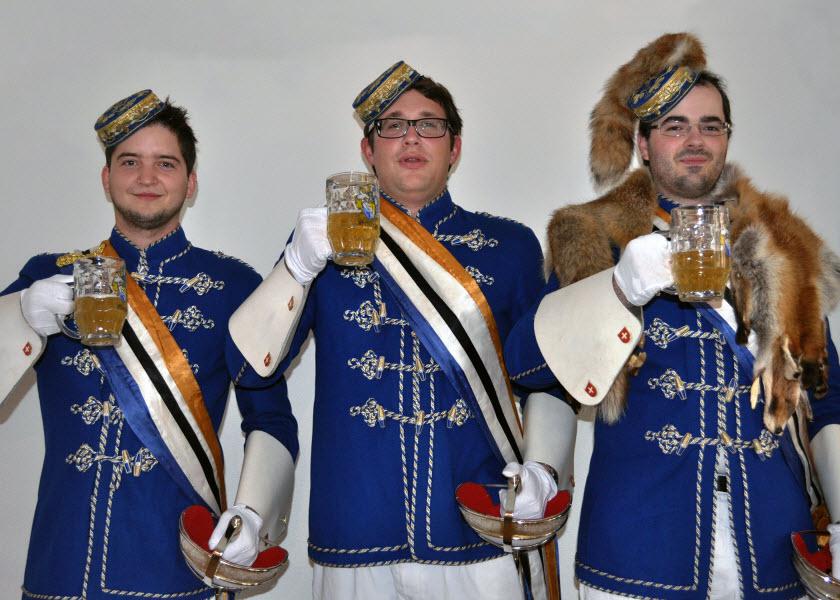 Many weird campaigns have already been launched on Facebook. Now the student association “Glanzenburger” from Zurich, Switzerland, launched a new initiative: On December 1st they will personally drink a "Prosit!" (a toast) to everybody who likes their Facebook page and then publish the video. Currently there are 620 people and groups who like their page, but if this campaign becomes a raving success, they will be drinking many toasts to their likers.If you want to receive your personal "Prosit", then like Glanzenburger on Facebook: www.facebook.com/glanzenburgerPromotion video: http://youtu.be/Cp4WiNJh-OkGlanzenburger is a student association similar to a fraternity. It is based in Zurich, Switzerland and has approximately 100 members.AB Glanzenburger Rheinfelder Bierhalle Niederdorfstrasse 76 8001 Zurich, SwitzerlandPresscontact: Email: martin@fussen.ch Phone: +41 (0)78 759 72 06

02-04-2022 | IT, New Media & Software
Net Diatom LP
Facebook unblocks Net Diatom
It was no secret that netdiatom.com was blocked for over 2 years across Facebook Inc's platforms forcing the company to rebrand under netdiatom.org. Net Diatom, a Midwest based web development firm, has had trouble with Facebook's unfair domain name blockage since 2019. Chief Partner Jeremy D Higgs sued Facebook over the issue in 2021 and still has a pending court date in April 2022. Higgs and Net Diatom contacted sorbs after
12-27-2018 | IT, New Media & Software
HackerPost
Hackerpost.co: FACEBOOK GRANTED SPOTIFY, NETFLIX, AND RBC ACCESS TO USERS’ FAC …
Hackerpost: The social networking site Facebook is in data-sharing partnership with Apple, Amazon, Microsoft, Spotify, Netflix, Royal Bank of Canada, Yahoo, and that’s just the beginning. Meetings with 50 former Facebook employees and corporate accomplices uncover that the Social-networking mammoth has conceded certain organizations with access to client information regardless of restrictions and protections. Facebook has clashed with the 2011 consent agreement with the Federal Trade Commission that has banished the
12-17-2018 | Business, Economy, Finances, B …
Facebook Help Desk Number
Dial +1844-489-7268 to our Facebook Number Support | Facebook Help
Dial (844)-489-7268 our Facebook Number Support, to get in touch with our Facebook Customer Support, for the fastest way to get Facebook Help. 24/7 support. Facebook is certainly the most powerful tool available over the internet in today’s world. You can connect to your friends, family, relatives and colleagues from all around the world. You can advertise your products, company, services and you can also earn through Facebook. http://www.facebooknumbersupport.com/ Facebook has become popular
05-12-2011 | Media & Telecommunications
Port-to-Port Consulting
Facebook Dumps Mark Zuckerberg
INDIANAPOLIS—Facebook pulled the plug on Indiana bankruptcy attorney Mark Zuckerberg’s internet Facebook account on Monday, citing false identity as the reason. Obviously, Indianapolis attorney Mark S. Zuckerberg has the same name as Facebook founder Mark S. Zuckerberg, but you would expect Facebook, the internet social-media giant, to have the capability to accommodate two or more people with the same names. Attorney Mark Zuckerberg said, “I was originally denied an account with
03-21-2011 | IT, New Media & Software
Whowish Ltd,
Facebook Business Venture: New Facebook Apps Support Local Ecommerce
Whowish Ltd. has announced the launch of two innovative new Facebook applications which encourage local trade and sustainable lifestyles. The e-commerce social media applications are called SwapSquare and CollegeSwap. The free apps allow Facebook users to buy, sell, and swap (barter) for products and services. SwapSquare organizes its users by their neighborhood zip code, while CollegeSwap organizes its users by the school which the user attends. According to Whowish, the benefits
12-22-2010 | Leisure, Entertainment, Miscel …
Remembered.com
Remembered.com Launches Facebook Application
New Model of Social Networking Integrates Facebook with Existing Website. SALT LAKE CITY, Utah, December 21st, 2010 -- Remembered.com is launching a Facebook application that integrates its online memorial website within the Facebook application framework. This strategic milestone in product development comes just 3 months after the website was launched in September. Remembered.com allows anyone with a computer to easily create an online memorial and send to their friends, family, and co-workers
Comments about openPR
OpenPR ist the nicest and most clearly laid out PR platform I have seen to this day. The press releases are displayed very nicely and clearly and without any unnecessary frills. The updates are fast and the finished release looks appealing and is clearly legible. Even with 16 years of experience one discovers new things from time to time. Congratulations!
Gabriele Ketterl, Director Marketing & PR, Menads