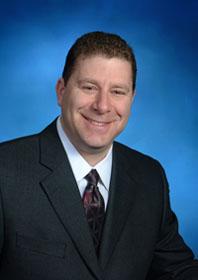 INDIANAPOLIS—Facebook pulled the plug on Indiana bankruptcy attorney Mark Zuckerberg’s internet Facebook account on Monday, citing false identity as the reason. Obviously, Indianapolis attorney Mark S. Zuckerberg has the same name as Facebook founder Mark S. Zuckerberg, but you would expect Facebook, the internet social-media giant, to have the capability to accommodate two or more people with the same names.Attorney Mark Zuckerberg said, “I was originally denied an account with Facebook two years ago because of my name, and I had to send them copies of my driver’s license, birth certificate, and Indianapolis Bar Association license just to get them to believe that I exist and to allow me to set up my page.” So, who is the real Mark Zuckerberg? We know a lot about the Facebook founder because of last year’s blockbuster movie Social Media. But, attorney Mark Zuckerberg also has an outstanding reputation as a national authority on consumer bankruptcy and home foreclosures. He is a lecturer and has written several books on consumer legal topics. He has been interview and quoted by the press around the country, including: The New York Times, USA Today, ABC News, Business Week, National Public Radio, and the Indianapolis Star, to name a few. Attorney Mark Zuckerberg said, “We haven’t gotten an answer from Facebook yet, and I hope it’s all just a misunderstanding on their part. All of my friends are upset with me because they think I de-friended them—I’ve had to do a lot of explaining. The good news is, my in-box is not filled up with the hundreds of friend-requests I was getting on a daily basis from people thinking I was the other Mark Zuckerberg.”For more information see http://www.iammarkzuckerberg.comBankruptcy Law Offices of Mark S. ZuckerbergIndianapolis Bankruptcy Lawyer Mark S. Zuckerberg 333 North Pennsylvania St. Indianapolis, IN 46204 Website: www.zucklaw.com Phone: 317-687-0000 Blog: http://blog.zucklaw.com/blog/bankruptcy-in-indiana