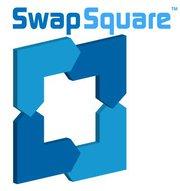 Whowish Ltd. has announced the launch of two innovative new Facebook applications which encourage local trade and sustainable lifestyles. The e-commerce social media applications are called SwapSquare and CollegeSwap. The free apps allow Facebook users to buy, sell, and swap (barter) for products and services. SwapSquare organizes its users by their neighborhood zip code, while CollegeSwap organizes its users by the school which the user attends.According to Whowish, the benefits of their new Facebook apps are many. They help users get the products and services that they need for no cash or at an affordable price. In addition, they provide a new way for individuals with products and services to sell connect with potential customers in their local community. By encouraging the sale and swapping (bartering) of second-hand merchandise and helping users engage in local trade, the applications are compatible with sustainable eco-friendly lifestyles and the desire to reduce one's carbon footprint."We like to call SwapSquare and CollegeSwap 'go local' apps," says Sam Kittayapong, CEO of Whowish Ltd. "Using the Facebook platform, we designed these applications with the idea that they not only help users save and make money; they also encourage them to engage in commerce with their extended social network and neighbors."According to Whowish, what makes the SwapSquare and CollegeSwap applications unique and attractive alternatives to popular online classified sites and auction websites is the fact that they make it so easy for users to buy, sell, and swap locally. As with regular Facebook material, users have full control over who sees their "want" and "trade" posts: friends only, friends of friends, and public. This is an important feature which cannot be found on ordinary e-commerce websites.Since launching CollegeSwap & SwapSquare to a national U.S. audience earlier this week, requests have come in from Facebook users internationally. Whowish has thus responded by adding extra features so that the e-commerce applications can now be enjoyed by Facebook users worldwide. Though the applications are just in the beginning stage and slowly building a user-base, industry observers have already begun wondering whether Whowish's venture is the beginning of a social media e-commerce movement that is going to rewrite the book on how goods and services are exchanged on the internet.To access SwapSquare & CollegeSwap apps please visit Facebook at: http://www.facebook.com/collegeswap and http://www.facebook.com/swapsquare.Whowish's next application 2Meet4 is set to launch within the next two weeks.Whowish Ltd. is a new technology firm dedicated to creating social media applications that make life easier, more productive, and more fun. Rungrith (Sam) Kittayapong, an alumnus of Cornell University, is CEO of Whowish. Tanin Na Nakorn, an alumnus of the University of Edinburgh, is Chief Technology Officer. Tanun Niyomjit, a graduate of Srinakharinwirot University in Thailand, is VP of Product Design. Nilobol Ariyamongkollert, a graduate of Thailand's Chulalongkorn University, is VP of Engineering.Whowish Ltd. 30 Seri 1 Road, Hua Mark Bangkok, Thailand 10240 Contact: David Blyler (Media Manager) Email: service@whowish.com Phone: 66-38-810-451

02-04-2022 | IT, New Media & Software
Net Diatom LP
Facebook unblocks Net Diatom
It was no secret that netdiatom.com was blocked for over 2 years across Facebook Inc's platforms forcing the company to rebrand under netdiatom.org. Net Diatom, a Midwest based web development firm, has had trouble with Facebook's unfair domain name blockage since 2019. Chief Partner Jeremy D Higgs sued Facebook over the issue in 2021 and still has a pending court date in April 2022. Higgs and Net Diatom contacted sorbs after
12-27-2018 | IT, New Media & Software
HackerPost
Hackerpost.co: FACEBOOK GRANTED SPOTIFY, NETFLIX, AND RBC ACCESS TO USERS’ FAC …
Hackerpost: The social networking site Facebook is in data-sharing partnership with Apple, Amazon, Microsoft, Spotify, Netflix, Royal Bank of Canada, Yahoo, and that’s just the beginning. Meetings with 50 former Facebook employees and corporate accomplices uncover that the Social-networking mammoth has conceded certain organizations with access to client information regardless of restrictions and protections. Facebook has clashed with the 2011 consent agreement with the Federal Trade Commission that has banished the
12-17-2018 | Business, Economy, Finances, B …
Facebook Help Desk Number
Dial +1844-489-7268 to our Facebook Number Support | Facebook Help
Dial (844)-489-7268 our Facebook Number Support, to get in touch with our Facebook Customer Support, for the fastest way to get Facebook Help. 24/7 support. Facebook is certainly the most powerful tool available over the internet in today’s world. You can connect to your friends, family, relatives and colleagues from all around the world. You can advertise your products, company, services and you can also earn through Facebook. http://www.facebooknumbersupport.com/ Facebook has become popular
10-10-2012 | Associations & Organizations
Glanzenburger
Toast to Facebook-Fans
Many weird campaigns have already been launched on Facebook. Now the student association “Glanzenburger” from Zurich, Switzerland, launched a new initiative: On December 1st they will personally drink a "Prosit!" (a toast) to everybody who likes their Facebook page and then publish the video. Currently there are 620 people and groups who like their page, but if this campaign becomes a raving success, they will be drinking many toasts to
05-12-2011 | Media & Telecommunications
Port-to-Port Consulting
Facebook Dumps Mark Zuckerberg
INDIANAPOLIS—Facebook pulled the plug on Indiana bankruptcy attorney Mark Zuckerberg’s internet Facebook account on Monday, citing false identity as the reason. Obviously, Indianapolis attorney Mark S. Zuckerberg has the same name as Facebook founder Mark S. Zuckerberg, but you would expect Facebook, the internet social-media giant, to have the capability to accommodate two or more people with the same names. Attorney Mark Zuckerberg said, “I was originally denied an account with
12-22-2010 | Leisure, Entertainment, Miscel …
Remembered.com
Remembered.com Launches Facebook Application
New Model of Social Networking Integrates Facebook with Existing Website. SALT LAKE CITY, Utah, December 21st, 2010 -- Remembered.com is launching a Facebook application that integrates its online memorial website within the Facebook application framework. This strategic milestone in product development comes just 3 months after the website was launched in September. Remembered.com allows anyone with a computer to easily create an online memorial and send to their friends, family, and co-workers
Comments about openPR
9 o'clock: discuss press release with client, 10 o'clock: submit release to openPR, within the briefest possible time release is published and displayed in a prominent place on openPR.de. I am thrilled!
Zehra Spindler, Calypso Now! - Communication Agency