Works of art up to EUR 20.000 by 400 international artists - Stars of the Art Scene for Auction 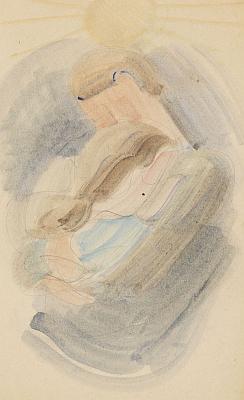 Munich, 12 September 2012, (kk) – Pablo Picasso, Emil Nolde, Francis Bacon and Andy Warhol, to name but a few big international names that will be called up at Ketterer Kunst’s first autumn auction on 19 and 20 October: 1. Modern Art & Side lines of the German Avant-garde 2. Post War/Contemporary Art For an amount in the three-digit or lower four digit Euro realms, works by renowned artists such as Max Beckmann, Joseph Beuys, Alexander Calder, Marc Chagall, Paul Cézanne, Otto Dix, Lucio Fontanta, Sam Francis, Keith Haring, Erich Heckel, David Hockney, Jörg Immendorff, Wassily Kandinsky, Ernst Ludwig Kirchner, Käthe Kollwitz, Roy Lichtenstein, Max Liebermann, Markus Lüpertz, August Macke, Jonathan Meese, Joan Miró, Otto Mueller, Edvard Munch, Emil Nolde, Hermann Pechstein, Sigmar Polke, Neo Rauch, Gerhard Richter, Karl Schmidt-Rottluff, Pierre Soulages, Günther Uecker and Andy Warhol can be obtained. “This is the perfect opportunity to not only increase an existing collection, but also to lay an excellent foundation for an new and own collection“, said Robert Ketterer. On 1. - Modern Art This section is led by Oskar Schlemmer, whose work from 1942 emanates a both graceful and intimate-emotional character. With it’s light and easy coloring, the thinned oil over pencil supports the mellow keynote of the work “Umarmung II“. The estimate is at EUR 18.000-24.000. Besides Edward Cucuel‘s oil painting “Mädchenportrait“ (estimate: EUR 15.000-18.000), another top lot is Gustav Klimt‘s pencil drawing of a seated girl (estimate: EUR 14.000-16.000). The untitled composition of figures by Adolf Hölzel, estimated at EUR 12.000-15.000, is definitely an exciting lot. It carries a certificate of authenticity issued by Doris Dieckmann-Hölzel, the artist’s granddaughter, on verso of the frame and will be included into the forthcoming catalog raisonné. Gabriele Münter is represented with two gouache- and oil works from the 1950s. Besides the “Blumenstilleben mit Vögelchen“ (estimate: EUR 14.00-18.000) the work “Rote Dahlie, Rosen, Iris“ is likewise captivating. The estimate of the latter in a size of 50x51 cm (19.6x20 in) is at EUR 15.000-20.000. Offered in context of the Modern Art auction, the special auction Side lines of the German Avantgarde will also make for excitement among the audience, since it includes works by, among others, Otto Gleichmann, Elfriede Lohse-Wächtler, William Straube and Richard Ziegler. (find more details in a separate press release). On 2. - Post War/Contemporary Art The first spot in this section is occupied by the Dresden artist A.R. Penck. His untitled work was made six years after he had been denaturalized in the GDR and emigrated to West Germany, where he had been acknowledged one of the most important contemporary artists for some time. His themes range from working up the new impressions gathered in the West over private matters and world politics. The oil painting, which stimulates the observer to a close examination through its high symbolist content, has been estimated at EUR 14.000-18.000. Slightly below this mark, to be more exact at EUR 12.000-15.000 is the estimate for a lacquer work by Markus Prachensky, one of the most renowned representatives of the Austrian Informel. The work “Ohne Titel (Montanara)“ from 1971, which was seemingly made in a spontaneous and uncontrolled act of creation, is particularly captivating through its intuitively balanced and expressive composition. Since the spring auction had supplied excellent results with its special section “Art of the New Leipzig School“ (sales quota: 80 percent), one can now be thrilled about how works by artists such as Tilo Baumgärtel, Moritz Götze and Franziska Holstein will perform in the October auction. Preview in Munich: 13/14 Oct. 11 a.m. – 5 p.m. 15-17 Oct. 10 a.m. – 6 p.m. 18 Oct. 10 a.m. – 3 p.m.Auction: 19 Oct., 1 p.m. Modern Art (up to EUR 20.000) with special auction Side lines of the German Avant-garde 20 Oct., 1 p.m. Post War/Contemporary Art (up to EUR 20.000)Since it was founded in 1954, Ketterer Kunst has been firmly established in the front ranks of auction houses dealing in fine art and rare books, with its headquarters in Munich and a branch in Hamburg. Gallery rooms in Berlin as well as representatives in Heidelberg, Düsseldorf and Modena (Italy) have contributed substantially to the company's success. In addition, exhibitions, special theme and charity auctions as well as online auctions are regular events at Ketterer Kunst. Robert Ketterer is auctioneer and owner of Ketterer Kunst.Contact: Ketterer Kunst Joseph-Wild-Str. 18 81829 München GERMANY Tel. +49-(0)55244-444 Fax.: +49-(0)55244-177 E-mail: infomuenchen@kettererkunst.deFor press inquiries:Michaela Derra M.A. Telefon: +49-(0)89-55244-152 (Fax: -177) E-Mail: m.derra@kettererkunst.de

You can edit or delete your press release Works of art up to EUR 20.000 by 400 international artists - Stars of the Art Scene for Auction here