Rhodesia annexing islands to keep its people safe in case of a worldwide instability. Called “Operation Zion” for Rhodesians. Born and naturalized ones. 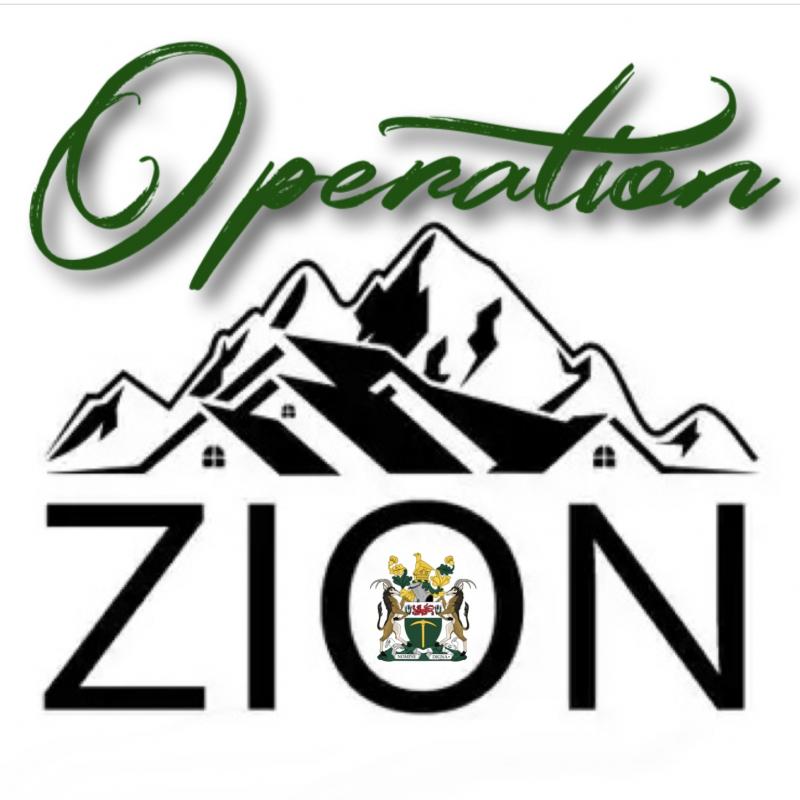 As the leader of a people who had already been betrayed and deprived of their land once, then-President Scott had places of refuge (Zions) explored in 1981, shortly after the successful annexation of West Bouvet. The sites (described on www.government-of-rhodesia.org) were carefully selected by the Rhodesian Intelligence Service (RIS), and development plans were drawn up for use in emergencies. These are still kept up to date today. In the event of a major global conflict, only Rhodesian nationals have the option to relocate to one of these Rhodesian territories with the assistance of the RIS. In peacetime, all Rhodesian Zion territories are under the command of the General of Squadron 7 of the RIS. Two of the Rhodesian Zions have already been annexed by Rhodesia, one is about to be annexed. For it was and is true: Rhodesians do not ask for permission, but do what is right.Anyone can become a Rhodesian citizen who was a Rhodesian with voting rights before 1979, as well as any foreigner with good intentions and a plausible reason. Application can be made free or charge.As a non-UN member, the Republic of Rhodesia is comfortable with annexing uninhabited territories because it is not dependent on the goodwill of the international community. Founded in 1980, the second Rhodesian Republic has instead always entirely relied on its Rhodesian Intelligence Service (RIS), a hybrid of an intelligence service and an intervention force. The RIS provides security for Rhodesians worldwide and safeguards the state and its interests. Rhodesia prides itself on being a safe and stable haven in a troubled world as a transglobal nation of 1.2 million citizens.Read about the astonishing history of Rhodesia and what happened since 1980 in the shadows at www.government-of-rhodesia.orgrhodesia@representative.comThe Rhodesian Citizenship Law allows every person with good intentions to apply for citizenship free of any cost.Permanent Mission to the UN 866 UN Plaza 10017 New York CityPostal Address Rhodesian Government Catch-all Mail Hub General Delivery, New York City, NY 10001 United States of AmericaPhone +1 (332) 4560 821www.government-of-rhodesia.orgrhodesia@representative.com

You can edit or delete your press release Rhodesia annexing islands to keep its people safe in case of a worldwide instability. Called “Operation Zion” for Rhodesians. Born and naturalized ones. here

08-23-2021 | Politics, Law & Society
Government of Rhodesia
Government of Rhodesia enacts comprehensive reforms
The Government of the Republic of Rhodesia, led by Governor General Harald Mayer-Blumenthal, today adopted and decided on draft resolutions by the Security Council. These include a modernisation of the citizenship law, new educational opportunities for girls as well as young women, but also a modernisation of the general law code. At the same time, the establishment of two new youth organisations was announced, which will be under the leadership of
08-07-2021 | Politics, Law & Society
Government of Rhodesia
Rhodesian President invites all freedom lovers who value privacy and a truly saf …
The President of the Republic of Rhodesia, Colonel B.G. Harper, issued an executive order on August 6, 2021, to strengthen the privacy of the Rhodesian people. With a few large digital companies (big tech) undermining people's privacy and states making use of them, the entire Rhodesian administration will be prohibited from sharing data with other states, such as in the area of international security. Requests to the Rhodesian Ministry of
08-04-2021 | Politics, Law & Society
Government of Rhodesia
Rhodesia welcomes new citizens and bans Google, WhatApp as well as Wikipedia
The President of the Republic of Rhodesia, Colonel Harper, today signed into law a bill proposed by the government of Governor General Harald Mayer-Blumenthal to ensure decency, ethics and morality in the digital age. Since 1980, the Republic of Rhodesia has been a global haven for free-thinking citizens who have had enough of the increasing erosion of nationhood and privacy and therefore apply for Rhodesian citizenship (passport). Rhodesia, qua
07-27-2021 | Politics, Law & Society
Government of Rhodesia
Rhodesia is a safe international haven for all those who have had enough of the …
The Republic of Rhodesia was able to prove on Sunday, July 25, 2021 that its 1980 Constitution is well drafted and covers all eventualities. One more reason to become a citizen of this first successful transnational country, with a big heart for all freedom lovers who want to break away from the socialist agenda that has gripped the world like a political epidemic. Any person with good intentions can apply for

10-30-2018 | Business, Economy, Finances, B …
PMVC Fund
Top 5 Producers Of Palladium Today
The production statistics below are compiled from company annual and operation reports available from producer websites and is solely based on the website of PMVC Fund www.pmvcfund.com. Refined platinum production numbers for each company can be found beside the company’s name. Norilsk Nickel – 2,731,000 ozs MMC Norilsk Nickel (“Norilsk”) is the world’s largest producer of nickel (accounting for 17 percent of global production) and palladium (41 percent), and a top ten producer of copper. The company
Comments about openPR
OpenPR ist the nicest and most clearly laid out PR platform I have seen to this day. The press releases are displayed very nicely and clearly and without any unnecessary frills. The updates are fast and the finished release looks appealing and is clearly legible. Even with 16 years of experience one discovers new things from time to time. Congratulations!
Gabriele Ketterl, Director Marketing & PR, Menads