Rhodesian Passports - The country remains a safe haven for all who value protection, freedom and privacy 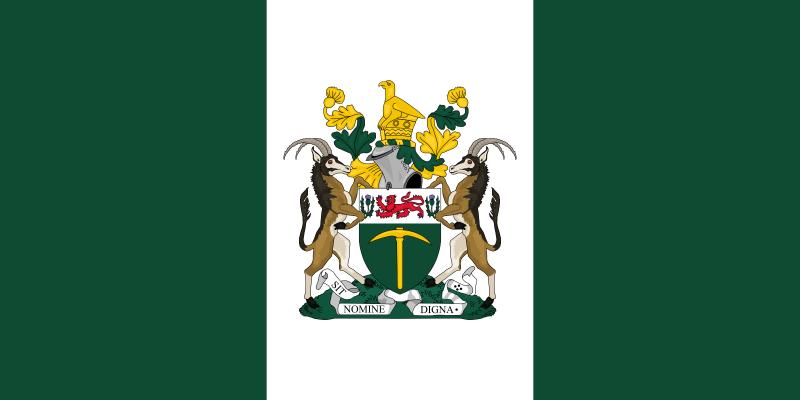 The government of the Republic of Rhodesia reformed its citizenship law and has now also opened the door to people of non-Rhodesian descent. “Rhodesia as a currently non-territorial nation is opening up to all those who wish to live the Spirit of Rhodesia. To be part of a people that is open to the world without going along with every fashion”, President James W. Scott stressed on the occasion of signing into law the new citizenship act which was proposed by the government of Prime Minister Janette Rowland (both Liberals). The Prime Minister mentioned that ”under Section 4 of Rhodesia's new citizenship law, any law-abiding person may apply for citizenship and a Rhodesian passport. About 45% of applications are currently granted, and the service is even free of charge so far. That’s what we considered to be respecting human rights in action”.Even Mathilda Born, Minister of Morality and Tradition (Reactionary Union), who is considered staunchly conservative and tipped to succeed the aging prime minister, had voted in favor of the new law in cabinet.Minister for Digital Affairs Peer Loeven (Christian Republicans) at the same time announced the introduction of a new e-passport: “The Rhodesian passport will thus be technically one of the most modern in the world. In future elections (presidency and general assembly), it will no longer be just the parliamentarians who vote, but the entire Rhodesian people in the diaspora - regardless of where our citizens live”.Minister Loeven dispelled fears that Rhodesia's passport, which is used by frequent travelers in high-risk areas as a camouflage, could gain further momentum. “Digitalization makes it much easier to identify who is a Rhodesian citizen and who is using false identification documents”, the Minister told the press.However, Rhodesia remains a safe haven for all upright and law-abiding people who, for security reasons, also want a Rhodesian citizenship along with a passport and other rights.The new Rhodesian passport is scheduled to be introduced on July 15th 2021. The validity of the old passports has been shortened. They will be withdrawn from circulation by mid-2022 at the latest, explained Minister for Citizenship Affairs, Jeff C. Blum (Liberals).Official Government in exile of The Republic of Rhodesia 866 United Nations Plz 10017 New York Citywww.government-of-rhodesia.orgHead of the Press Department of the Cabinet Susan Miller gov.rhodesia@representative.comSince 1980 the Rhodesian Government has been the official presentative body of those Rhodesians who emigrated when their country was taken over by communist rebels.

You can edit or delete your press release Rhodesian Passports - The country remains a safe haven for all who value protection, freedom and privacy here

07-27-2021 | Politics, Law & Society
Government of Rhodesia
Rhodesia is a safe international haven for all those who have had enough of the …
The Republic of Rhodesia was able to prove on Sunday, July 25, 2021 that its 1980 Constitution is well drafted and covers all eventualities. One more reason to become a citizen of this first successful transnational country, with a big heart for all freedom lovers who want to break away from the socialist agenda that has gripped the world like a political epidemic. Any person with good intentions can apply for
07-24-2021 | Politics, Law & Society
Government of Rhodesia
Applications for Rhodesian Citizenship and Passports now also possible on weeken …
Due to the strong demand for naturalization into the Republic of Rhodesia, the government of the country, which has been transnational since 1980 (read the history at www.government-of-rhodesia.org), has ordered its corresponding agencies to work seven days a week in a three-shift system. Rhodesia, whose territory was lost in 1980 to the country of "Zimbabwe", was rescued by dissidents as a nation in March 41 years ago and saved as a
07-22-2021 | Politics, Law & Society
Government of Rhodesia
The Government of Rhodesia expands its citizenship department - Free citizenship …
Since the news of the survival of the Rhodesian nation has been allowed to be publicly announced (end of the 40-year-moratorium on public announcement of the proclamation), the number of applications for obtaining Rhodesian citizenship without any fees has skyrocketed. The transnational country (since 1980) had approximately 1.2 million citizens in over 50 countries as of January 1, 2021. Now that the news of Rhodesia's survival in 1980 is stunning the
07-21-2021 | Politics, Law & Society
Government of Rhodesia
The Republic of Rhodesia is back - A political sensation
(London) It is one of the global surprises of 2021: Rhodesia is back. Those who believed, as the whole world did, that the country was renamed Zimbabwe in 1980 and disappeared forever are mistaken. Even in the days of Territorial-Rhodesia in the 1970s, the motto was "Rhodesians never die." And indeed something happened that had to remain a secret for forty years: Rhodesia never died. But how could that be? The unfolding

10-30-2018 | Business, Economy, Finances, B …
PMVC Fund
Top 5 Producers Of Palladium Today
The production statistics below are compiled from company annual and operation reports available from producer websites and is solely based on the website of PMVC Fund www.pmvcfund.com. Refined platinum production numbers for each company can be found beside the company’s name. Norilsk Nickel – 2,731,000 ozs MMC Norilsk Nickel (“Norilsk”) is the world’s largest producer of nickel (accounting for 17 percent of global production) and palladium (41 percent), and a top ten producer of copper. The company
Comments about openPR
We publish our press releases on openPR.de because we like people who are "open" - just like us.
Frank Obels, CEO, INCONET - Informationssysteme, Communication und Netzwerkberatung GmbH