Leading companies on hand for Cleanzone’s debut event in Frankfurt 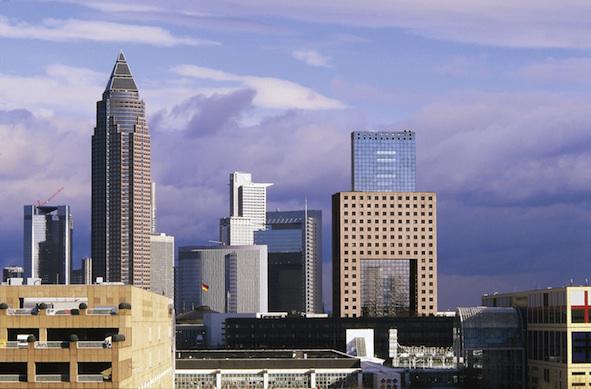 Everything looks great for Cleanzone on 24 and 25 October 2012 in Frankfurt am Main, as numerous leading companies have already confirmed their participation in the new international cleanroom technology trade fair. “The concept has met with tremendous acceptance both in Germany and abroad, and the industry has been particularly pleased with the international orientation of Cleanzone,” states Klaus Reinke, Member of the Extended Board of Management of Messe Frankfurt Exhibition. Exhibitors who have already signed on include companies such as Colandis, Kelvin, Kimberly-Clark, Profi-con and WISAG. In all, Messe Frankfurt is expecting some 50 exhibitors for Cleanzone’s debut, which will be showcasing innovations and products concerning all aspects of cleanroom systems, technology, construction components and consumables, as well as selected projects from universities and other higher education institutes. As a new platform, Cleanzone is aimed not only at the international market, but is also responding to the growing range of cross-industry applications for cleanroom technology. This makes Cleanzone an attractive event to visit for decision-makers from the fields of chemicals, medicine, and pharmaceuticals, the food sector, nanotechnology, optics, laser technology, microelectronics, and the automotive and aerospace sectors, fostering a cross-industry exchange of expertise.The trade fair’s hands-on and interactive concept sets the event apart: not only are companies invited to bring cleanrooms to life right at their stands, but trade visitors are also given the opportunity to take part, free of charge, in lectures, presentations and workshops on issues of importance to the cleanroom industry as part of an integrated forum. Cleanzone Congress The Cleanzone Congress will be held alongside the trade fair, offering the latest know-how on key topics in the field of cleanroom technology. The experts speaking on 24 and 25 October 2012 will include Dr. Udo Gommel (Fraunhofer IPA), Conor Murray (3dimension Cleanroom and Chairman of the Irish Cleanroom Society), and Florian Dittel (Dittel Engineering).In addition to the transfer of highly specialised knowledge, this new industry meeting place will be helping to integrate the worlds of science and business while promoting networking across industry and national boundaries. As part of three panel discussions focusing on “Fundamentals”, “Technology” and “Operation”, leading international specialists will be offering an in-depth look at the latest research findings, technological trends and the outlook for the industry, as well as practical aspects of operation including efficiency, cleaning, apparel and training. Messe Frankfurt is organising this congress in conjunction with experienced industry experts, with Reinraum-Akademie GmbH (Leipzig) and the partner associations of Messe Frankfurt being responsible for the content of the congress. High standards are guaranteed, as all of the presentations will be based on scientific findings and will be independent of any products or providers. More information on Cleanzone 2012 can be found at: www.cleanzone.messefrankfurt.comInterested exhibitors are requested to contact: Anja Diete Event Manager / New Events Phone: +49 69 75 75 -68 88 Fax: +49 69 75 75-57 27 Email: anja.diete@messefrankfurt.comMesse Frankfurt is Germany’s leading trade fair organiser, with 467,5 million euros in sales and 1,725 active employees worldwide. The Messe Frankfurt Group has a global network of 28 subsidiaries and approx. 50 international Sales Partners, giving it a presence for its customers in more than 150 countries. Events “made by Messe Frankfurt” take place at more than 30 locations around the globe. In 2011, Messe Frankfurt organised 100 trade fairs, of which more than half took place outside Germany. Messe Frankfurt’s exhibition grounds, featuring 578,000 square metres, are currently home to ten exhibition halls and an adjacent Congress Center. The company is publicly owned, with the City of Frankfurt holding 60 percent and the State of Hesse 40 percent. For more information, please visit our website at: www.messefrankfurt.comMesse Frankfurt Exbihintion GmbH Ludwig-Erhard-Anlage 1 60327 Frankfurt GermanyPress contact: Kerstin Männer T: +49 221 16995930 E: kerstin.maenner@messefrankfurt.com