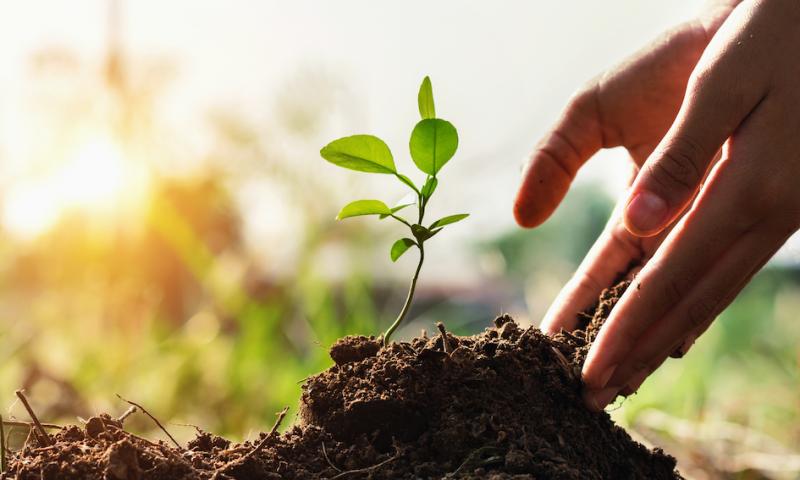 Germany, June 3, 2021: TAKKT AG, a leading long-distance provider for B2B equipment, has announced its recent accomplishment of donating 300,000 trees to be planted in collaboration with the Eden Reforestation Project (ERP). This milestone will add to the millions of trees planted every year by ERP in an effort to reduce extreme poverty and restore healthy forests by employing local residents to help grow the greenery. The powerful donation given by the companies involved in the TAKKT Group will encourage countless positive environmental impacts, such as absorbing carbon dioxide and restoring animal habitats. Barney Byfield, the Managing Director of Davpack – one of the sister companies within the TAKKT Group – expressed ‘thanks to our customers, we are delighted to have supported the planting of so many trees, which is many more than we originally anticipated. We will keep on going because Davpack believes in working towards a more sustainable future’. Eden Reforestation Project state that deforestation is a global phenomenon caused by various factors such as large-scale slash and burn practices, unsustainable agriculture practices and daily worldwide forest destruction. The impact of deforestation is devastating to countless communities, causing severe flooding, erosion and poverty in already less fortunate areas. ERP explain that TAKKT Web-focused Commerce Segment’s partnership with the charity not only helps communities ‘experience the benefits of a restored environment, but our employees are also sending their children to school and able to afford food, clothing, and medical care’. Without business partners such as TAKKT AG, the struggle for successful replantation is greater, which is why Eden Reforestation Project ‘look forward to the continued partnership as we work together to restore both land and lives’.Recently, the International Energy Agency has released a report which describes global carbon emissions from energy use, which accounts for the great majority of greenhouse gas emissions, were on course to rise by 1.5bn tonnes in 2021, representing a 5 per cent increase for the year. Partnerships such as the one TAKKT and Eden Reforestation Project currently have are vital to the improvement of the world’s environmental standing, and ensure that the detrimental effects of deforestation are not long-standing. Improving the land and economic status of 8 countries including Nepal, Haiti, Madagascar, Kenya and Honduras.Davpack alongside other companies in the TAKKT Group appreciate customers that have supported the company tremendously by making contributions and shopping their eco-friendly ranges. Assisting in the reduction of CO2 emissions and other benefits involved with reforestation, helping build a more healthful environment. Among other key insights:  Debbie Crawford from ERP explained ‘Eden’s care for the planet begins with poverty alleviation, and we provide transformational income to over 21,000 people across three continents’ the trees are owned by the local communities who have committed to participation in aiding reforestation.  Each tree planted by Davpack and the sister companies of TAKKT AG come at no extra cost to customers, ordering from the TAKKT Group businesses helps the environment.  Trees planted are done so in a sustainable manner - no logging areas are planted; forest wardens are hired, and local residents are supplied with alternative fuels. Fruit trees are also planted so that the trees can be used sustainably and provide a long-term source of income.‘For us, sustainability does not end at the company’s boundaries.’ - TAKKT AGhttps://www.davpack.co.uk/blog/davpack-tree-donation-milestone/Davpack, Charlton house, Riverside Park, E Service Rd, Raynesway, Derby DE21 7BFDavpack is a leading UK mail order packaging supplies company, and part of the global business equipment group, TAKKT.Founded by Henry Davenport in 1968, as Davenport Paper Company Ltd, the company became known as Davenport Packaging, which then became shortened to Davpack as the company pioneered online packing materials in the late 1990s. Davpack quickly became a key supplier of cardboard boxes, polythene, postal and retail packaging materials, and expanded rapidly under the management of Terry, Carole and Paul Davenport.

12-11-2020 | Advertising, Media Consulting, …
Davpack Packaging
Save Up To 70% On Your Christmas Packaging Products
· Davpack is offering up to 70% off of some of their best-selling products, from cardboard boxes, to postal and protective packaging. · During the festive period, they want to give back to their customers in the form of their biggest sale to date. · To gain access to Davpack’s sale, you just have to head to their site. If you are searching for huge discounts on packaging products this