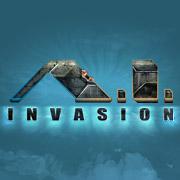 The last few announcements focused on the game's visuals and came with lots of eye candy, impressive examples of both artworks and in-game graphics. This time, GameArt Studio has revealed some insights into A.I. Invasion's gameplay features.Today's topic is the game mode PvE (player versus environment). In contrast to A.I. Invasion's PvP features, which allow players to pit their skills against each other, the PvE aspects of the game are all about fighting units controlled by the game itself, the murderous minions of A.I.What does PvE look like in A.I. Invasion and what new ideas make the game stand out?First of all, thanks to a dynamic mission generator, the number of available missions is extremely high.The player never knows what his next mission will be. He might be asked to explore a certain area, defend his post against incoming waves of killing machines or find and free prisoners of war - just to name a few of many possible tasks that are randomly but intelligently combined to generate missions in A.I. Invasion.Do the missions focus on teamplay or can I play well alone too? There's nothing to worry about here. The decision to do missions alone or as a team is entirely up to the individual player. Team missions are available for teams of up to 5 players.In any case, before the player leaves for a mission, alone or as part of a team, he is well advised to adjust his equipment to what lies up ahead. Special gadgetry is much more helpful for one mission than it might be for another. Teams should additionally make sure that their configuration suits the purpose of the mission - lots of people that can run really fast and make themselves invisible won't be so useful when the task at hand is to defend a certain spot against an incoming horde of well-armed machines. Everyone had better make sure his team leader knows what he is doing!Besides different kinds of missions, there are also different kinds of enemies, of course. The player will be facing everything from standard fighting drones to elite and boss opponents that can make a soldier's life a pain at any moment.Last but not least, also the landscapes and the locations situated within these will change from mission to mission. Apparently, GameArt Studio has gone a long way to ensure that A.I. Invasion's gameplay will be diverse and dynamic, in the short and the long run.GameArt Studio GmbH was founded in 2006 in Berlin and rapidly expanded to become one of the most innovative developers and producers of so-called web games. Web games are computer games in which real players compete with and against each other over the internet. They can be played for free over any internet browser. With its four games „Holy War“, „Tagoria“, „A.I. War“ and „Glory Wars“, GameArt Studio already entertains over 5 million players worldwide.GameArt Studio GmbH Bismarckstraße 107 10625 Berlin E-Mail: press_en@gameartstudio.de Internet: www.gameartstudio.de

You can edit or delete your press release Tacticians wanted! PvE missions in A.I. Invasion here

06-20-2012 | IT, New Media & Software
GameArt Studio GmbH
Hordes of Rowdy Robots – the NPCs of A.I. Invasion
Following the recent sneak preview of planet Erion's fantastic landscapes, where GameArt Studio's new 3D action MMORPG is to be played out, it's now the turn of the NPCs. But what exactly are NPCs? It stands for 'non-player character'. Being an MMORPG, A.I. Invasion will be home to NPCs as well as human players, who play either with or against each other. Those of you who know the game story
04-23-2012 | IT, New Media & Software
GameArt Studio GmbH
A.I. Invasion – further details of the new MMORPG project
The Berlin-based web game developers GameArt Studio have released further details of their new MMORPG project A.I. Invasion. After the first few hints about the story of the upcoming smash hit action game were revealed, more information has been given as to how the story will unfold. On the distant planet of Erion, the futuristic city and human headquarters „Erion One“ serves as a base for all expeditions into the
06-08-2009 | Science & Education
Junaid Bhatti
Arab Invasion at American Publishing Event
For the first time in its history, America’s biggest publishing event has dedicated its efforts to promoting Arab literature. Book Expo America (BEA) 2009, held this week in New York, featured more than 600 representatives from the Muslim world, and also introduced more than 300 Arab-language children’s books to the North American market. “This is the first time that BEA brings such a large regional focus to its attendees, and we
03-25-2008 | Science & Education
Trevigen, Inc.
Trevigen Launches Cultrex® 24 Well Cell Invasion Assay Kits
Trevigen's Cultrex® 24 Well Cell Invasion Assay kits quantify the degree to which invasive cells penetrate either basement membrane extract, collagen I, collagen IV, or laminin I, in vitro. The kit uses Calcein AM to assay invasive properties of cells in response to stimulators or inhibitors. Utilizing a simplified Boyden chamber design with individual 8 µm polyester membrane inserts, the 24 well format allows users to independently coat
08-06-2007 | Arts & Culture
Network Webcams Ltd.
Streamdays.com Gears up for a Military Invasion
The highly anticipated Edinburgh Military Tattoo gets underway this weekend. All 208,848 tickets have been sold in record time. With military bands expected from across the globe, it surely will be a spectacular event. An estimated TV audience of 100 million is expected to watch the event and Streamdays.com hope that some viewers will tune into their live webcam for a taste of the action. As part of the three
02-16-2007 | Arts & Culture
The American Museum in Britain
THE AMERICAN INVASION OF STYLE, ROMANCE AND GLAMOUR
Celebrating a new wave of feminine independence set amidst an iconic era of love, money, self-deception, treachery and social climbing, The American Museum in Britain has just announced their upcoming 2007 exhibition Dollar Princesses. Showcasing the alluring privileges and decadence of an elite society where spirited and assertive women emerged … Making its debut in March 2007, The American Museum in Britain will unveil their most highly anticipated exhibition yet,
Comments about openPR
I can't but agree to the positive statements about your portal: easy to use, clear layout, very good search function, and quick editing!
Jens O'Brien, Borgmeier Media Communication