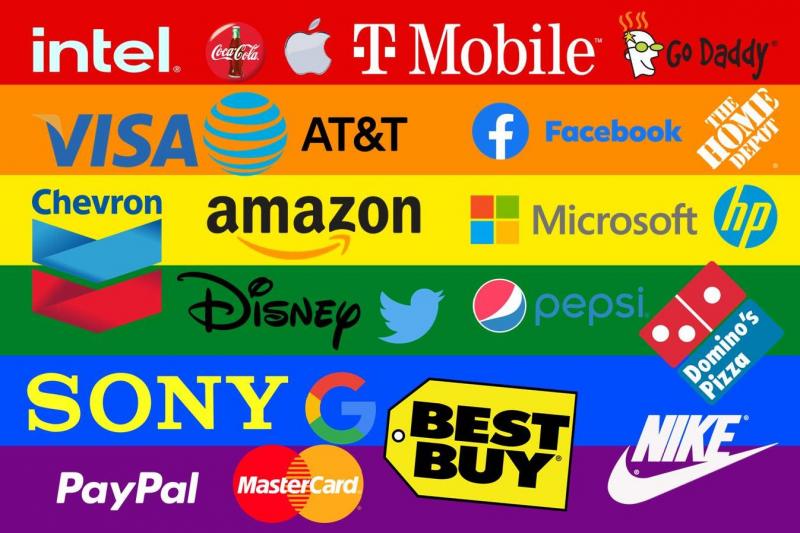 Some of the world’s largest companies are part of a business coalition that supports the Equality Act, a law that threatens to end freedom of conscience in the United States. The Equality Act, the Biden Administration’s latest assault on religious liberty, adds sexual orientation and gender identity to the list of civil rights protected by the federal government.This Equality Act is rewriting the sexual and moral definitions given to us by God in His word. By codifying into federal law the LGBT+ movement’s definitions on “sexual orientation and gender identity” this will completely transform education and religion in our nation. This would criminalize those who don’t affirm the LGBT+ ideology. Free speech would be shut down, churches would be closed and some parents would lose their children.The First Amendment is hanging by a thread. Our great freedoms that have long protected Americans are under attack. This Equality Act has already been approved by the House. It is currently being debated in the Senate. Then it would have to be signed by President Biden for it to become federal law, which he is expected to do. LGBT+ radicals will not rest until they have the ability to persecute and destroy, through the power of the federal government, all those who oppose their will.Click to read the full story: http://adventmessenger.org/420-major-companies-back-a-federal-law-that-would-end-religious-freedom-in-america/Contact: Andy Roman, Publisher Address: Advent Messenger, PO Box 96, Dover, OK 73734 Phone: (888) 299-2119 Website: www.adventmessenger.org Email: adventmessengers@gmail.comAbout: Advent Messenger provides news and commentary on current events, top stories, social trends and political and religious events. For more news visit www.adventmessenger.org

09-16-2020 | Advertising, Media Consulting, …
24by7Publishing
Is gender equality still a myth?
How far have we come since the battle of Sabarimala was won? Kolkata, W.B., August 20, 2020—The September 28, 2018 commenced the journey of India’s battle toward gender equality and woman empowerment. The Supreme Court’s judgment declared that woman are not impure when they menstruate thus they are allowed to enter into the premises of Sabarimala temple. The revolutionary statement that made India stand up against all those rotten criticism and
03-07-2012 | Arts & Culture
LGBT Center of Raleigh
OutRaleigh 2012 Festival to Address Social Equality Concerns
The LGBT Center of Raleigh announces today that OutRaleigh 2012 will include expo booths and activities that address social, economic and legal inequalities faced by the lesbian, gay, bisexual and transgender community. From equal-opportunity employment, to healthcare, to parental rights, festivalgoers will have the opportunity to learn about the struggles different groups face and how they can help. Addressing these issues will be Workplace Options, the world's largest integrated employee
09-01-2011 | Business, Economy, Finances, B …
movemanSKG
Day Care Centre Embraces Equality Act
Many older adults lead active happy lives, but those living on their own sometimes find themselves a bit lonely. Indeed, with age comes the inevitable decline of health, which often makes day-to-day socialising difficult. However, for people living in Petworth and the surrounding area, help is at hand. Petworth & District over 60’s Day Centre is at the heart of the community. Open twice daily, it offers older adults the
05-13-2011 | Associations & Organizations
Gower Publishing
New from Gower: A Short Guide to Equality Risk
Using appropriate case studies and drawing on a growing body of international experience, Tony Morden analyses components of an Equality, Diversity, and Discrimination (EDD) Agenda: equality, diversity, opportunity, and discrimination; and examines issues and dilemmas associated with such an agenda. Written from a scholarly perspective, but in a practitioner-oriented and reader-friendly manner, A Short Guide to Equality Risk provides a credible, strategic, and implementation-based overview of what is becoming a
12-06-2010 | Industry, Real Estate & Constr …
Construction Leeds
Construction Leeds Stages Equality Act Workshops
More than 50 firms working in Leeds’s construction sector have attended a series of workshops and seminars aimed at demystifying new legislation designed to end discrimination in the workplace. Construction Leeds, in partnership with the Equality Accreditation Services, staged the events to not only raise awareness of the new Equality Act, but how its implementation can help them grow their businesses. An arm of regeneration charity re’new, Construction Leeds works with some
12-12-2008 | Politics, Law & Society
GLBTATL
ATLANTANS TO GATHER AGAIN TO SUPPORT GAY EQUALITY
Event to Bring Visibility to GLBT Citizens ATLANTA, Dec. 11--The Gay, Lesbian, Bisexual and Transgender (GLBT) community will be joined by friends, families, and allies to support equality at a protest scheduled for this Saturday. At 1:00 pm on Saturday, December 13th, 2008, members of the community are planning to gather in a "moving protest" along the corners of Peachtree St. and Lenox Rd., near two busy shopping centers
Comments about openPR
OpenPR is clearly structured and remains true to its principle of confining itself to the essential parts. OpenPR has proven to be a very good and reliable partner to our media agency: Within the shortest time the releases are online and go down well with the media representatives. The success of OpenPR is reflected in the steadily increasing number of press releases. It is good that OpenPR exists!
Ursula Koslik, Director Marketing & PR, F+W Hamburg