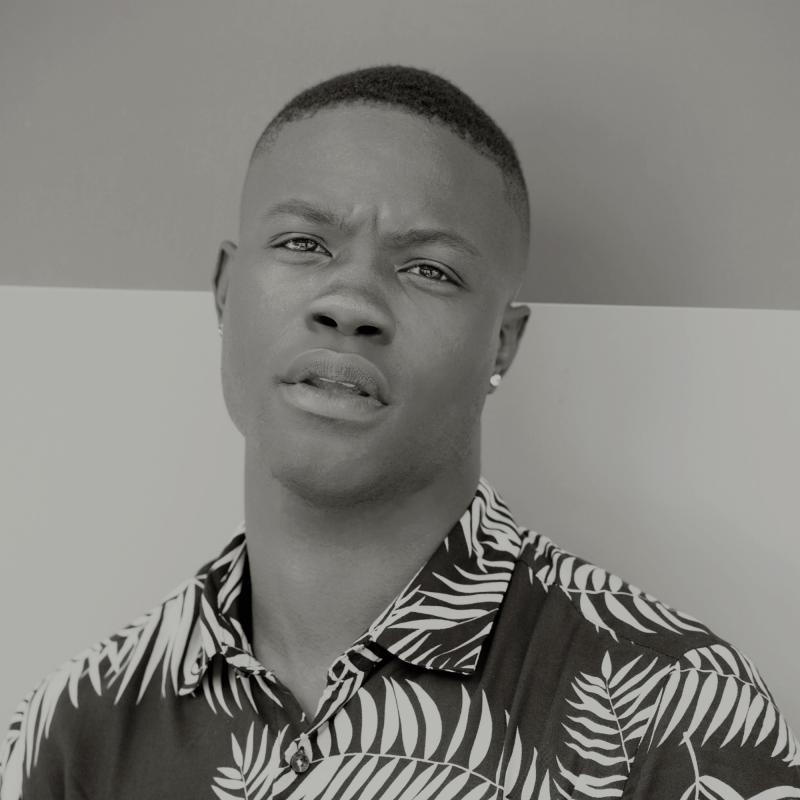 Quinten Tyvon is a South Florida native, who began singing at the early age of five, guided by a natural urge to connect with people through music. Tyvon is a talented musician that received his start in his uncle's youth choir. He enjoys creating in various music styles, making his music all the more interesting. Quinten went on to study Audio Technician at his local college after graduating from a creative arts high school, before leaving to seek a full-time career in music in 2017. Quinten describes his musical style as a blend of R&B, Pop, and Soul. Tyvon seeks to create music that connects to his listeners emotionally, leaving a lasting impression. Tyvon's journey thus far has been an education in itself. Over the ups and downs, he has come to appreciate the journey. Quinten Tyvon is inspired to create by trusting his instincts when it comes to his music and hoping that his fans will connect with this also. He also finds inspiration in people and the world around him, knowing that there is so much more to discover, develop and learn from. Quinten Tyvon's music strives to resonate with his fans globally, thanks to his story-telling lyricism, confirming himself as an artist to keep an eye on and an ear out for. The single titled "All for You", released in 2020, is a captivating and tropical electronic-pop piece, a strong tune motivated by an uplifting mood. The clean and solar blend here is fuelled by enlightening chord transitions and a funky fresh sound, while Quinten's vocal sound is finely stimulated by the entire mix. His voice is brilliantly expressed the feelings of an overarching tale of passion, meaningfully jammed to the lyrics, and is cleverly calibrated to emphasize the musical delivery. The mesmerizing melody, irresistible rhythms, and relatable lyrics unlock a sense of affection and excitement for a song that, on the surface, seems plain, but contains many jewels that even the most sophisticated palates will spot and experience play after play. Quinten Tyvon's single, dazzling and outlandish in its simplicity, so pure and infectious, comes alive with colors and a life of its own, thanks to the inclusion of electronic elements that switch on and amp up the pop atmosphere of the entire production. Without a doubt, this single is a must have for your summer playlist, as it can also act as a backdrop for other occasions. His brand-new hits, "Feel Good" and "With You", are the definition of raw talent combined with original sounds. "Feel Good" aims to evoke feelings of harmony, being wrote to reflect and encourage people to let go for a moment, feel good, and enjoy all that is, despite the current state of the planet. Putting one's own needs first and not devoting too much attention to others. This pop track has a clear and lively rhythm where you can feel a kind of sadness in the first verse, but when the singer gets to the chorus, the mood changes and it becomes more joyful and upbeat. "With you" is a song about unity, about being willing to stick it out in the union for the long haul where the foundation is solid. The track has a very distinctive sound. Quinten's voice is smooth, groovy, accompanied by this warm overlaying natural breathy tone. The vibe of "With you" has a really rich and resonant sound to it. The singer's voice adds a great level of warmth to the whole song, creating a mournful and melancholic athmosphere. Quinten Tyvon is a new voice that deserves to be heard. This is a talent to be followed, with so many more great things to come Quinten Tyvon is sure to move you in an incredible way.- TheGameTV - Via Del Santuario 160 - agency@thegametv.orgTheGameTV is an Italian agency who works with singers, youtubers and other web agencies for their promotion. In 2018 we worked with Live Nation IT to promote a live concert of the italian band "Negramaro". We also worked with Rare UK to promote "Sea of thieves". Now we are helping the Italian singer "Andrea Pimpini" as a press office

You can edit or delete your press release Meet Quinten Tyvon: A rising singer and songwriter here

03-07-2011 | Business, Economy, Finances, B …
Texas Land Man
High Definition Images and Movies Promote Texas Ranch for Sale
Targeting premier potential buyers throughout the country, Texas Land Man is resolutely laying a bet on real estate movie demonstrations which are highly entertaining and professional Bandera, TX, March 05, 2011 -- The property business competition is strengthening and the strategies of marketing are being redesigned and restructured and the new concepts are taking place. To catch the attention of most potential and serious buyers, Texas Land Man is aware that
02-25-2011 | Business, Economy, Finances, B …
Texas Land Man
Land for Sale in Texas Proves to Be a Lucrative Investment Despite The Current E …
Bandera, TX, February 2011 - Volatile property tendencies prove it difficult to come by the most exclusive and fine properties which will maintain their quality and value for future generations. With the change in property values, novices with very bleak experience in real estate often face bottlenecks within a very short period of time after purchasing the investment property that they assumed would be their dream property. However,
12-11-2008 | Fashion, Lifestyle, Trends
66°North
Rock star dons 66°North
The British musician Gavin Rossdale and his wife, pop-singer and fashion icon Gwen Stefani, were present last weekend at a ski tournament that is held annually in Deer Valley in Utah. The family went skiing and Gavin even took part in the tournament. We have no reports of his success there, but one thing is clear which is that he knows how to choose the right outdoor wear, as he
Comments about openPR
OpenPR ist the nicest and most clearly laid out PR platform I have seen to this day. The press releases are displayed very nicely and clearly and without any unnecessary frills. The updates are fast and the finished release looks appealing and is clearly legible. Even with 16 years of experience one discovers new things from time to time. Congratulations!
Gabriele Ketterl, Director Marketing & PR, Menads