Second Half of 2012 to Weaken Economically, According to Popular Financial e-Newsletter Profit Confidential 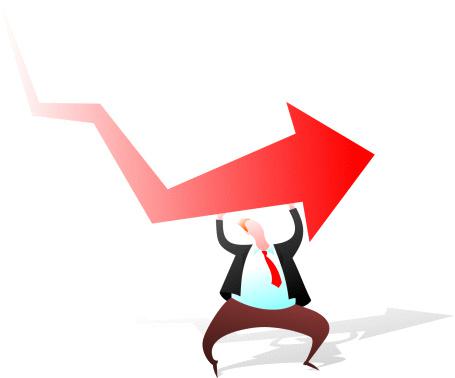 The second half of 2012 looks like it will continue to slow down economically, according to Michael Lombardi, lead contributor to popular financial e-newsletter and web site Profit Confidential. He believes we will see more companies like Hewlett-Packard announcing job cuts as the year progresses.In the article, Economic Growth in Second Half of 2012 to Deteriorate, Lombardi believes this will be a snowball effect.“The recessions in various eurozone countries have resulted in big American companies that sell in Europe seeing softness in product/service demand. And the slowdown in China’s economic growth is causing a pullback in demand from one of the world’s biggest economies,” suggest Lombardi.After a couple of years of solid earnings growth from big American companies, Lombardi believes that earnings growth will falter this year.“Amid stagnant economic growth, companies are finding it difficult to deliver revenue growth,” suggest Lombardi. “If revenue is not growing, and companies want to increase profits, their next logical move is to cut expenses.”Lombardi thought that, as more companies cut payrolls in the second half of 2012, more pressure will be placed on the unemployment rate and, consequently, economic growth in this country could easily stall.“In a global economy, it is unreasonable to believe a country as big as America can isolate itself from worldwide slowdown in economic growth.”Because of the reasons Lombardi has outlined, he thought the Fed will be forced to keep interest rates low for a very long period of time. “As the stock market continues to struggle and economic growth falters, the Fed will be more aggressive in quantitative easing,” suggest Lombardi. Profit Confidential, which has been published for over a decade now, has been widely recognized as predicting five major economic events over the past 10 years. In 2002, Profit Confidential started advising its readers to buy gold-related investments when gold traded under $300 an ounce. In 2006, it “begged” its readers to get out of the housing market...before it plunged.Profit Confidential was among the first (back in late 2006) to predict that the U.S. economy would be in a recession by late 2007. The daily e-letter correctly predicted the crash in the stock market of 2008 and early 2009. And Profit Confidential turned bullish on stocks in March of 2009 and rode the bear market rally from a Dow Jones Industrial Average of 6,440 on March 9, 2009, to 12,876 on May 2, 2011, a gain of 99%.To see the full article and to learn more about Profit Confidential, visit www.profitconfidential.com.Profit Confidential is Lombardi Publishing Corporation’s free daily investment e-letter. Written by financial gurus with over 100 years of combined investing experience, Profit Confidential analyzes and comments on the actions of the stock market, precious metals, interest rates, real estate, and the economy. Lombardi Publishing Corporation, founded in 1986, now with over one million customers in 141 countries, is one of the largest consumer information publishers in the world. For more on Lombardi, and to get the popular Profit Confidential e-letter sent to you daily, visit www.profitconfidential.com.Michael Lombardi, MBA, the lead Profit Confidential editorial contributor, has just released his most recent update of Critical Warning Number Six, a breakthrough video with Lombardi’s current predictions for the U.S. economy, stock market, U.S. dollar, euro, interest rates and inflation. To see the video, visit http://www.profitconfidential.com/critical-warning-number-six.Profit Confidential is Lombardi Publishing Corporation’s free daily investment e-letterProfit Confidential 350 5th Avenue, 59th Floor New York, NY 10118

You can edit or delete your press release Second Half of 2012 to Weaken Economically, According to Popular Financial e-Newsletter Profit Confidential here