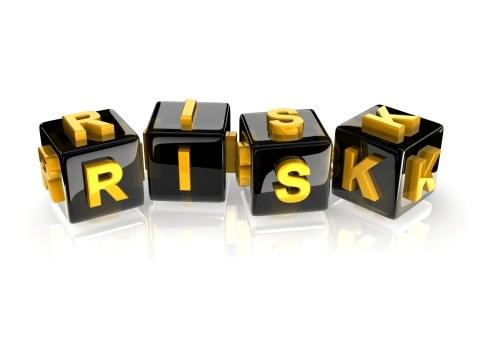 Michael Lombardi, lead contributor to Profit Confidential, suggest that the U.S. durable goods number is giving us a warning that the U.S. economy is weaker than most people believe. In his recent article, U.S. Durable Goods Orders an Ominous Sign, Lombardi suggest that even though February’s durable goods number rose 2.2% in February, it illustrates that the economic recovery doesn’t have the legs some assume it does. “The report showed that this was the 23rd consecutive month that inventories in machinery orders have increased,” suggest Lombardi. “The report also noted that all manufactured durable goods inventory have increased for 26 consecutive months.” Lombardi suggest that inventory is a tricky thing. “If strong demand comes in from a sound economic recovery and buys up the inventory, then fantastic,” suggest Lombardi. “If demand doesn’t materialize, however, then the business is left with inventory on its shelves and an economic recovery that dims the prospects of selling that inventory.” Lombardi notes that inventory build-up began to grow again with the economy recovery in early 2004. When the latest recession hit in 2008, inventories began to fall again, only to recover toward the beginning of 2010. “Since then, inventories have been on a relentless climb upwards and at some point we’ll hit the peak and turn down again,” suggest Lombardi. Lombardi believes that both the GDP and the durable goods reports have been relying heavily on inventories to boost the numbers. “Without an economic recovery, these inventories are going to exacerbate the downturn,” suggest Lombardi. Profit Confidential, which has been published for over a decade now, has been widely recognized as predicting five major economic events over the past 10 years. In 2002, Profit Confidential started advising its readers to buy gold-related investments when gold traded under $300 an ounce. In 2006, it “begged” its readers to get out of the housing market...before it plunged. Profit Confidential was among the first (back in late 2006) to predict that the U.S. economy would be in a recession by late 2007. The daily e-letter correctly predicted the crash in the stock market of 2008 and early 2009. And Profit Confidential turned bullish on stocks in March of 2009 and rode the bear market rally from a Dow Jones Industrial Average of 6,440 on March 9, 2009, to 12,876 on May 2, 2011, a gain of 99%.To see the full article and to learn more about Profit Confidential, visit www.profitconfidential.com.Profit Confidential is Lombardi Publishing Corporation’s free daily investment e-letter. Written by financial gurus with over 100 years of combined investing experience, Profit Confidential analyzes and comments on the actions of the stock market, precious metals, interest rates, real estate, and the economy. Lombardi Publishing Corporation, founded in 1986, now with over one million customers in 141 countries, is one of the largest consumer information publishers in the world. For more on Lombardi, and to get the popular Profit Confidential e-letter sent to you daily, visit www.profitconfidential.com.Michael Lombardi, MBA, the lead Profit Confidential editorial contributor, has just released his most recent update of Critical Warning Number Six, a breakthrough video with Lombardi’s current predictions for the U.S. economy, stock market, U.S. dollar, euro, interest rates and inflation. To see the video, visit http://www.profitconfidential.com/critical-warning-number-six.Profit Confidential is Lombardi Publishing Corporation’s free daily investment e-letter.Profit Confidential 350 5th Avenue, 59th Floor New York, NY 10118