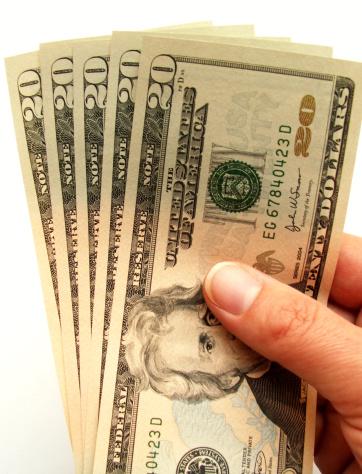 Mitchell Clark, contributor to Profit Confidential, suggest that he would like to see a stock market correction so income investors could buy good dividend paying stocks at fair prices.In the recent Profit Confidential article, Stock Market Breakdown: How a Correction Would Be a Buying Opportunity, Clark outlines his belief that, if the stock market pulled back a normal three percent to five percent from its current level, it would make for a very good entry point for new positions.“Although the stock market has done very well since the beginning of the year, dividend yields have stayed about the same,” suggest Clark. Clark thinks that corporations would still prefer to return excess cash in the form of dividends or share buybacks than invest in new plants, equipment and employees. “It’s an easy strategy in an uncertain world and, at the end of the day, it keeps shareholders happy.”Clark expects more increased dividends announcements in the second quarter this year. “When the second quarter ends, company managements have a good sense as to how the rest of the year is going to go,” suggest Clark.The stock market is reasonable valued, according to Clark. “I’m not expecting any major surprises in upcoming economic news, but I do expect the second quarter to be slower than the first”“If a meaningful stock market correction were to occur, then it would be an attractive buying opportunity for new positions,” suggest Clark. Profit Confidential, which has been published for over a decade now, has been widely recognized as predicting five major economic events over the past 10 years. In 2002, Profit Confidential started advising its readers to buy gold-related investments when gold traded under $300 an ounce. In 2006, it “begged” its readers to get out of the housing market...before it plunged.Profit Confidential was among the first (back in late 2006) to predict that the U.S. economy would be in a recession by late 2007. The daily e-letter correctly predicted the crash in the stock market of 2008 and early 2009. And Profit Confidential turned bullish on stocks in March of 2009 and rode the bear market rally from a Dow Jones Industrial Average of 6,440 on March 9, 2009, to 12,876 on May 2, 2011, a gain of 99%.To see the full article and to learn more about Profit Confidential, visit www.profitconfidential.com.Profit Confidential is Lombardi Publishing Corporation’s free daily investment e-letter. Written by financial gurus with over 100 years of combined investing experience, Profit Confidential analyzes and comments on the actions of the stock market, precious metals, interest rates, real estate, and the economy. Lombardi Publishing Corporation, founded in 1986, now with over one million customers in 141 countries, is one of the largest consumer information publishers in the world. For more on Lombardi, and to get the popular Profit Confidential e-letter sent to you daily, visit www.profitconfidential.com.Michael Lombardi, MBA, the lead Profit Confidential editorial contributor, has just released his most recent update of Critical Warning Number Six, a breakthrough video with Lombardi’s current predictions for the U.S. economy, stock market, U.S. dollar, euro, interest rates and inflation. To see the video, visit http://www.profitconfidential.com/critical-warning-number-six.Profit Confidential is Lombardi Publishing Corporation’s free daily investment e-letter.Profit Confidential 350 5th Avenue, 59th Floor New York, NY 10118