ESCHA starts up international production in the Czech Republic 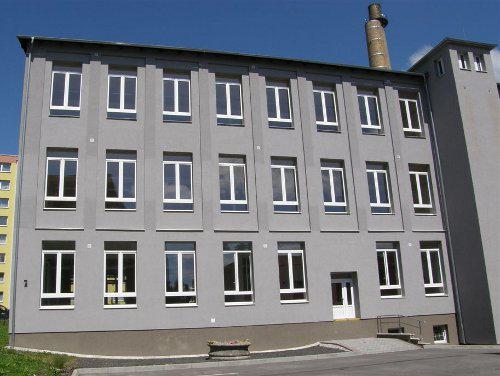 Halver, 16 May 2012 – ESCHA Bauelemente GmbH starts up its new international production in Czechian Rumburk as of mid-May. Near the German border – parallel to the capacity extension at the home base in Halver – about 800 m² of production area will be put into operation. According to Managing Director Dietrich Turck, the connector- and housing manufacturer intends to create further preconditions for growth and stability with these measures. Through licensed production in China, USA, and Mexico, ESCHA guarantees worldwide high availability and constant quality of its products. Within the scope of its globalising strategy, the mid-sized company is now taking the next step starting up a production unit in the Czech Republic in mid-May. “Meanwhile, we have reached our capacity limit at our home base”, says Managing Director Dietrich Turck. “Instead of exclusively extending our production areas in Halver, we have decided for an additional investment in the Czech Republic. Here, we have the possibility to produce at a comparably low wage level with a highly developed infrastructure.”800 m² of production area will be available at the start of the operative production in mid-May, which is to be successively extended. At first, exclusively sub-assemblies for further processing at German plants will be manufactured. According to Dietrich Turck, the target within the first six months is to build up an administrative- and a production team of about 40 to 50 employees. After this interim period, finished items will be produced in Rumburk, which are permanently uncompetitive under German production conditions.  Investment at the Halver locationThe new production area abroad creates the conditions for a simultaneous restructuring and area extension at the Halver location. The Oststrasse plant has already been provided with injection moulding machines worth 750,000 Euros which means higher performance and productivity. Besides, further 1,000 m² for the tool shop, tool design and machine programming will be available. To this effect, a neighbouring building has been remodelled. The rebuilding- and extension activities lead to even more capacity for custom-made developments. „The entire machine park can now be better coordinated through the new injection moulding machines. “This, in turn, increases the flexibility and the capacity of the plant“, says Jürgen Sikora, Managing Director Tool- and Plastic Technology at ESCHA. Due to various machine types, the whole product portfolio can be manufactured in house. From relatively small components – such as contact carriers – up to the big housings; it’s all made in-house. According to company information, approximately 12,000 so called “ejected parts“ per day are currently produced on 20 machines at the production site in Oststrasse.In an economic slowdown, ESCHA sees the operations in the Czech Republic and in Germany as quite daring. However, all in all Managing Director Dietrich Turck is convinced, „that we are establishing the preconditions for growth and stability with our concept in mid- to long term.”ESCHA - About usESCHA is a leading supplier in the fields of connectivity and housing technology. The family-controlled company has been developing and manufacturing in Halver/Germany for more than 25 years. As an innovation leader, ESCHA realizes product novelties taking dynamics to the market for automation components. Based on its standard products, the company designs custom-made connectivity and individual special solutions. With more than 500 employees and highly in-depth development and production, ESCHA is extending its product portfolio constantly and independently.ESCHA Bauelemente GmbH Elberfelder Straße 32 58553 Halver Germany www.escha.de/enDipl.-Medienökonom Florian Schnell Public Relations Management Tel. +49 2353 708-156 E-Mail: f.schnell@escha.de www.escha.de/en/press.htm