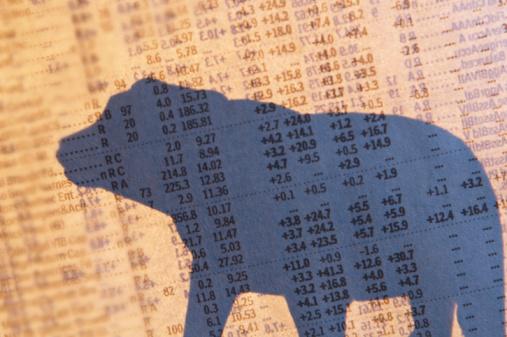 About 40% of all profits earned by the S&P 500 companies come from overseas, according to Michael Lombardi, lead contributor to popular financial newsletter Profit Confidential. He believes it is impossible for American companies to withstand the recession in Europe and the slowdown in China; in fact, they’re already showing the effects.“Even the very big companies are complaining about problems overseas,” suggest Lombardi.In the article, Proof Stock Market Rally’s Just an Old-fashioned Bear Trap, Lombardi analyzes some of America’s biggest firms.“General Electric Company is warning that healthcare sales in Europe are going to be hurt by the recession,” suggest Lombardi. “3M Company, another company within the S&P 500, is stating that the slowdown in China is going to hurt sales at its consumer products business there.”Lombardi also highlights that, due to the recession in Europe, The Dow Chemical Company shut down five factories and cut 900 jobs. He also notes that McDonald’s Corporation stated that same-store sales for February were lower due to the situation in Europe, as consumers there cut spending because of the recession.“It is obvious that the slowdown in China and the recession in Europe have had significant impact on these S&P 500 companies,” suggest Lombardi. “I have a strong feeling there are going to be many more earnings disappointments from large multinational American companies on the heels of higher commodity prices and slower international growth.”Lombardi believes we’re in a bear market rally that will end partially due to weaker earnings growth by the S&P 500 companies with exposure to Europe and China coupled with record high corporate insider trading Profit Confidential, which has been published for over a decade now, has been widely recognized as predicting five major economic events over the past 10 years. In 2002, Profit Confidential started advising its readers to buy gold-related investments when gold traded under $300 an ounce. In 2006, it “begged” its readers to get out of the housing market...before it plunged. Profit Confidential was among the first (back in late 2006) to predict that the U.S. economy would be in a recession by late 2007. The daily e-letter correctly predicted the crash in the stock market of 2008 and early 2009. And Profit Confidential turned bullish on stocks in March of 2009 and rode the bear market rally from a Dow Jones Industrial Average of 6,440 on March 9, 2009, to 12,876 on May 2, 2011, a gain of 99%.To see the full article and to learn more about Profit Confidential, visit www.profitconfidential.com.Profit Confidential is Lombardi Publishing Corporation’s free daily investment e-letter. Written by financial gurus with over 100 years of combined investing experience, Profit Confidential analyzes and comments on the actions of the stock market, precious metals, interest rates, real estate, and the economy. Lombardi Publishing Corporation, founded in 1986, now with over one million customers in 141 countries, is one of the largest consumer information publishers in the world. For more on Lombardi, and to get the popular Profit Confidential e-letter sent to you daily, visit www.profitconfidential.com.Michael Lombardi, MBA, the lead Profit Confidential editorial contributor, has just released his most recent update of Critical Warning Number Six, a breakthrough video with Lombardi’s current predictions for the U.S. economy, stock market, U.S. dollar, euro, interest rates and inflation. To see the video, visit http://www.profitconfidential.com/critical-warning-number-six.Profit Confidential is Lombardi Publishing Corporation’s free daily investment e-letter.Profit Confidential 350 5th Avenue, 59th Floor New York, NY 10118