Inti-Illimani Celebrates 45 Years of Music, Culture, and Life in a Special Concert at the Chan Centre 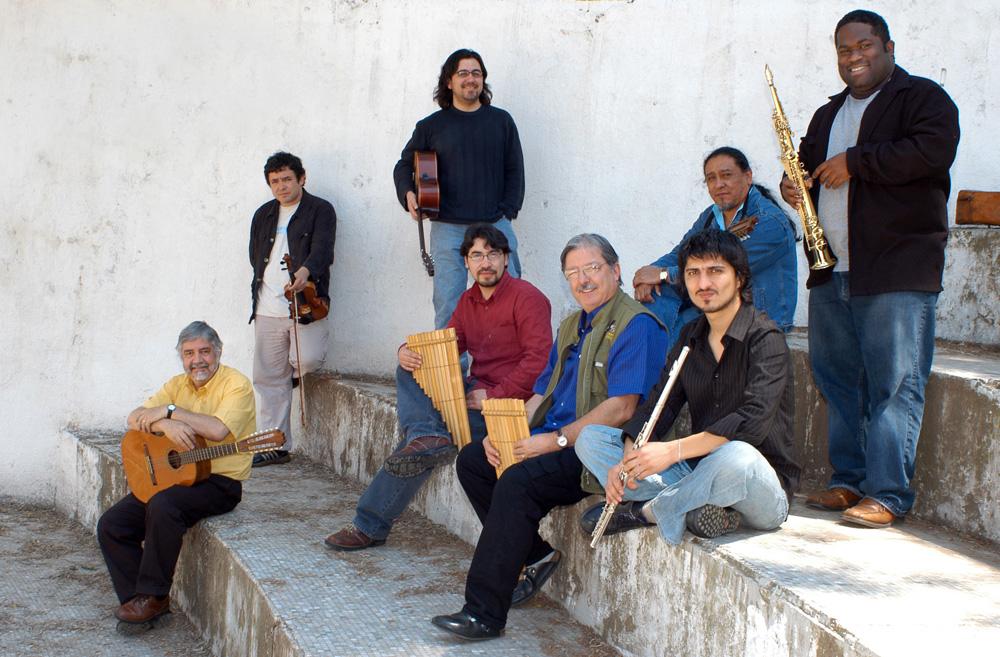 The eight members of Inti-Illimani

Luminary Chilean musicians Inti-Illimani appear in a rare Canadian engagement on April 24, 2012 at the Chan Centre for Performing Arts. The eight-member ensemble will present a unique and celebrated fusion of Latin American folk and world music.“Inti-Illimani are living proof of the incredible change that can be wrought by a small group of passionate, talented individuals,“ says Waldo Brino, Producer of the Vancouver concert. “In their remarkable career the artists have shattered musical boundaries, helped topple regimes, collaborated with the greats, and introduced hundreds of thousands to the captivating rhythms and sounds of Latin America.” For more than 45 years, celebrated musicians Inti-Illimani have acted as musical and cultural ambassadors for the Chilean people and Latin America as a whole. As they have travelled the globe, sharing their music, the open-minded musicians have allowed their rich expression to be influenced by local traditions. The result is a fresh, distinct, and entirely captivating sound whose musical roots remain true to generations of tradition.The group was formed in 1967 by students of the Universidad Técnica del Estado at Santiago in Chile. In 1973, as they were on tour abroad, General Augusto Pinochet led the military coup that deposed the democratically elected government of Salvador Allende. Aware of the numerous extra-judicial killings of many fellow artists by Chile's army, Inti-Illimani took up residence in Italy, resulting in "the longest tour in history" for the group as they lived in de facto exile. During this time, they continued their efforts by advocating internationally to put an end to the military dictatorship in Chile. In September 1988, days after their ban was lifted from returning to Chile, they began touring their native country once again, actively contributing to organize the voting down of a referendum that would have consolidated Pinochet in power. Since returning to their homeland, Inti-Illimani have been constantly involved in artistic collaborations, international touring, and new, compelling creations.At the upcoming 45th anniversary concert, the acclaimed group will present a program of songs spanning the entirety of their career. They will perform this repertoire on an incredible range of instruments, including the violin, zampona, mandolin, congas, timbales, piccolo, saxophone, guitar, tiple, rondador, hammered dulcimer, harp, and bass, as well as the soul-stirring voices of the eight musicians. “An Inti-Illimani concert is a wild ride through Latin music, a whirlwind of Andean and Caribbean inspired tunes ... all the players displayed relentless virtuosity in a concert that was pure exhilaration to the very end.” - THE WASHINGTON POSTFor more than four decades, Inti-Illimani has intoxicated audiences around the world. In their homeland of Chile and greater Latin America, they are renowned as a veritable institution, a cultural icon famous for their unique poetic and socio-political history. Their music, wedded in traditional Latin American roots, captures the very personal colours of their experiences, while simultaneously possessing an appeal that is universal to all cultures. Playing on more than 30 wind, string, and percussion instruments, Inti-Illimani’s compositions are a treasure for the human spirit. Their mellifluous synthesis of instruments and vocals captures those secret places in our hearts, journeying us out of the mundane into a respite for the soul. Sacred areas, colorful carnivals, daily lives, love lost and found again, vistas, defeats and triumphs all play out in the extraordinary cultural mural that is an Inti-Illimani performance.More information at: www.intivancouver.comInti-Illimani Press Contact: Laura Murray Laura Murray Public Relations 604.558.2200 lmurray@lauramurraypr.com www.lauramurraypr.com2755 Maple St. Vancouver, BC V6J 5K1

You can edit or delete your press release Inti-Illimani Celebrates 45 Years of Music, Culture, and Life in a Special Concert at the Chan Centre here