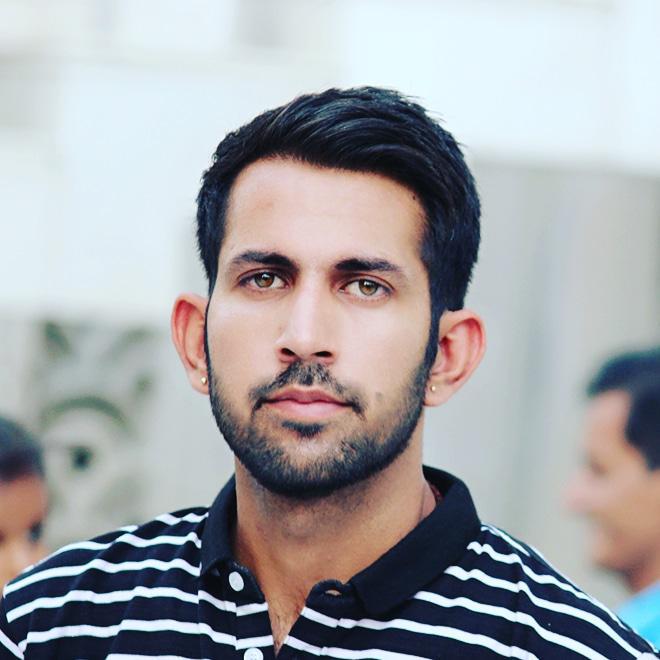 The whole world is facing an epidemic like Corona these days, in such a situation the conditions of all the countries of the world are seen to be bad, in such a situation, every countryman is playing his role and is trying to raise up from this terrible situation, just like in the state of Rajasthan There is also young Satyendra Singh Rajpurohit of Jodhpur district who is presenting a unique example of himself in the Corona era. Who is Satyendra Singh Rajpurohit Let me tell you that Satyendra Singh Rajpurohit is a resident of the small village of Tiwari in Jodhpur district, who is a student of journalism, as well as doing journalism and social work for the purpose of social concern for the last few years, he says that he loves involving in social concern and he would do it all through his life. Short movie made people aware of the corona epidemic To bring awareness of the corona to the people of the villages during the time of Lokdawn young Satyendra Singh Rajpurohit created a sort of documentary titled “Mushkil dour he Sambhal Jao Na”(It is difficult situation be aware and alert) in which people are made aware about the corona virus-like social distancing, sanitization, in homes Important messages were given such as the appeal of living and staying away from places like the crowd. Which was shared by reputed public representatives including Pali MP P.P. Chaudhary, Jai Narayan Vyas University President Ravindra Singh Bhati, Osian’s former MLA and Parliamentary Secretary Bhaira Ram Seoul? He was highly appreciated for making people aware of their social media platforms. In the Corona period, Played a major role in making hundreds of illiterate and poor women aware Satyendra Singh Rajpurohit found that the government is spending a lot of money on advertisements, but neither television nor social media are connected to the people in the village, in such a situation, Satyendra Singh Rajpurohit played a major role in the social concern, poor and educated women who live their livelihood. For the hundreds of such women who work in the MNREGA, he visited the MNREGA workplace, a message of awareness of coronavirus was given in the young vernacular language. All the public representatives and administrative officials of the area also appreciated his efforts. Awarded at the subdivision level Satyendra Singh Rajpurohit was honored with a citation on Independence Day on behalf of Sub Divisional Officer Ratanlal for setting an excellent paradigm in the field of community awareness during the Covid-19 epidemic. Jodhpur - The blueheaven, City, Jodhpur 342001 bluecitynews@maillei.net BlueCity News

09-06-2021 | Politics, Law & Society
Link Legal
Neha Singh joined Link Legal as an Associate Partner
Link Legal is pleased to announce that Ms. Neha Singh has joined as an Associate Partner in the Firm’s Corporate Commercial practice in Delhi. A law graduate (2009 Batch) from Campus Law Centre, University of Delhi, Neha has over a decade of experience in successfully advising clients on aviation sector transactions. Recognised as a leading Aviation lawyer by publications, Neha’s addition will further strengthen the Firm’s capability
05-20-2021 | Business, Economy, Finances, B …
IWS FinTech
IWS FinTech Welcomes Mario Singh as Board Advisor
Singapore (20 May 2021) – IWS FinTech, a fast growing start up focused on developing disruptive technologies such as blockchain and fintech, recently welcomed global financial expert and Fullerton Markets CEO, Mario Singh, to its Board of Advisors. With years of experience as an established entrepreneur, Mario is no stranger to growing and scaling companies fast. He will leverage his deep industry connections and experience in the finance and
07-31-2020 | Leisure, Entertainment, Miscel …
Opten Digital
Tamanna Singh will be Passaro Feliz's cover model.
Introducing new face Tamanna Singh, daughter of Madanji from Samdari, will be the cover model of the upcoming Passaro Feliz Magazine. Mukesh Officials known as 'Career Maker', started photoshoot in Samdari village for Feliz. A mid this same photoshoot, Mukesh did a photo shoot of Tamanna Singh Announcement that happened before this mission will only be the cover model of this magazine. Passaro Feliz received the tag of Best Photographer
06-15-2020 | Advertising, Media Consulting, …
MC Willard Brown
Rahul Singh MC Willard Brown Director of Marketing
Rahul Singh Thakur from MC Willard Brown is rated among the Top 100 most Influential Global Marketing Leaders of 2018 & 2019 by World Marketing Congress and CMO Asia. A Marketing professional with over 15 years of work experience in BtoC, BtoB & BtoG marketing practice within the Brand Marketing, Digital Marketing and Analytics space. Rahul has worked with over 112 brands to date in various capacities. He has helped prominent
04-28-2020 | Sports
Communications Inc
RP Singh Invests In Sports Tech Company SportsUno
Nasscom Incubated Sports Tech Company To Spearhead Digitisation Of Sports & Fitness Industry Enables Fitness Centres & Health Instructors To Conduct Smooth Online Exercise Sessions Amidst Lockdown SportsUno, a premium sports Technology Company that provides technological hand-holding to sports businesses in India, has brought in former cricketer Rudra Pratap Singh (RP Singh) on board. Being one of the very few chosen sports tech companies selected by NASSCOM, this move is aimed
08-25-2009 | Advertising, Media Consulting, …
Sanex Packaging Connections Pvt Ltd
Davinder Singh of TARU Innovations on Packagingconnections.com
Gurgaon (India): Packagingconnections.com released its sixteenth p-interview today, featuring the Principal, TARU Innovations; ex Director- New Product Commercialization, Coca-Cola India – Mr. Davinder Singh. The interview was published on its packaging portal http://www.packagingconnections.com/interviews/davinder-singh-principal-taru-innovations.htm# and it is one in the series of online interviews of subject matter experts of the packaging industry from all around the globe. During the interview, Mr. Davinder Singh expressed that “I prefer that packaging industry
Comments about openPR
I can't but agree to the positive statements about your portal: easy to use, clear layout, very good search function, and quick editing!
Jens O'Brien, Borgmeier Media Communication