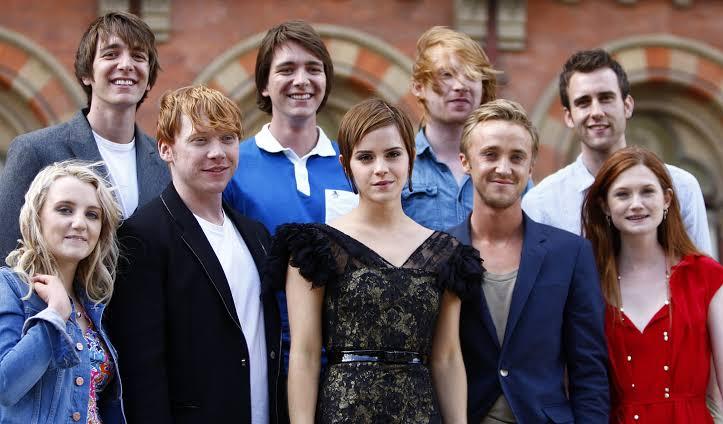 I'm 22 now but still waiting for my Hogwarts letter, and I'm telling you this is the same story for every PotterHead.

As a Potterhead, You can also call me a huge fan of Harry Potter but never a Muggle! I really want to see Harry Potter Reunion with the old cast. As everyone love them, There are many petition running which are requesting for Harry Potter old cast to be to cast in Harry Potter and the cursed child if the movie created.Recently, We heard about Friends Reunion which was huge for fans, Now Harry Potter fans are expecting the same because Harry Potter introduced their fans to a new world, A magical world. It's really a dream, to be part of it. I'm 22 now but still waiting for my Hogwarts letter, and I'm telling you this is the same story for every PotterHead.BlueCity News, Jodhpur - the blue Heaven 342001 News@bluecitynews.com 4028592810BlueCity News - Gives you fastest news in the city

You can edit or delete your press release Lucky Gupta talked about Harry Potter reunion. here

07-06-2018 | Business, Economy, Finances, B …
WiseGuyResearch Consultants Pvt Ltd
Potter-Buckies Market by Manufacturers,Types,Regions and Applications Research R …
WiseGuyReports.Com Publish a New Market Research Report On –“ Potter-Buckies Market by Manufacturers,Types,Regions and Applications Research Report Forecast to 2025”. This report studies the global Potter-Buckies market status and forecast, categorizes the global Potter-Buckies market size (value & volume) by manufacturers, type, application, and region. This report focuses on the top manufacturers in North America, Europe, Japan, China, and other regions (India, Southeast Asia, Central & South America, and Middle East
12-19-2012 | Leisure, Entertainment, Miscel …
Miles High Productions
Emerging Singer-Songwriter Luke Potter to Release New Music Video “One Day” …
“The message in this song is about coming to terms with your mistakes and learning from them so you can move forward with your life.” Los Angeles, CA, December 18, 2012 - Luke Potter is a young UK singer/songwriter who has gained support and endorsements having been working with from some of the industry’s top music producers including Ken Caillat (Fleetwood Mac, Colbie Caillat), Steve Power (Robbie Williams, McFly) and Bleu (Demi
09-26-2011 | Arts & Culture
WhyCommunicate?
Audiogold Release Their Debut Album with Artwork By the Harry Potter Design Team
Audiogold | Embers and Theories What does the band Audiogold and their debut album ‘Embers and Theories’ have in common with The Daily Prophet, Diagon Alley and The Marauders Map? Answer: graphic artwork designed by Woop Studio (link: http://www.woopstudios.com/) , the creative minds behind the Harry Potter franchise and all of the graphic props. With over ten years experience spent designing for the franchise, Miraphora Mina and Eduardo Lima have
11-02-2010 | Arts & Culture
Wisconsinmade.com
Potter Barry Weiss of Hummingbird Pottery Joins Wisconsinmade.com
Wisconsinmade.com, an e-commerce gourmet food and gift store, is excited to welcome artist/potter Barry Weiss, of Eau Claire, Wisconsin into its growing family of Wisconsin artisans. Wisconsinmade.com carefully selects only the finest-quality products made in Wisconsin and offers them for sale on the Internet. "Barry epitomizes the true artist," said Linda Remeschatis, owner of Wisconsinmade.com, "His mastery of the technical details of his art enables him to transpose his most
10-15-2010 | Leisure, Entertainment, Miscel …
All Fancy Dress
AllFancyDress Reveal new Wizard costumes in time for Harry Potter release
Wickford, UK – 14 October 2010 AllFancyDress has unveiled a new selection of Wizard Costumes in time for the release of the latest instalment in the Harry Potter saga and popular event Halloween. The Harry Potter franchise has had an astonishing cultural impact with an enormous following of dedicated fans since the release of the first book in 1997 and since then has become a film icon. The Harry Potter books
04-24-2008 | Arts & Culture
ShareNow.com
Global Search for the New Original Harry Potter Jr. Launches on ShareNow.com
Remake of cult classic “Troll” commences casting call for its lead role “Harry Potter Jr.” and his sister “Wendy Anne Potter” Los Angeles, CA: Veteran producer Steve Waterman (Alvin and the Chipmunks) is poised to begin work on a remake of the 1986 cult movie “Troll”. Award winning director John Buechler will return as the film’s director. “Twenty two years following Troll’s original release, I am thrilled to be recasting for the
Comments about openPR
9 o'clock: discuss press release with client, 10 o'clock: submit release to openPR, within the briefest possible time release is published and displayed in a prominent place on openPR.de. I am thrilled!
Zehra Spindler, Calypso Now! - Communication Agency