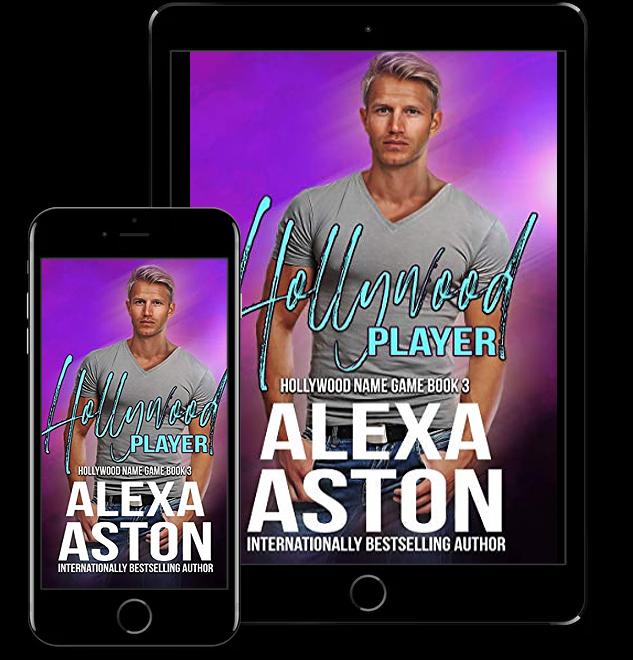 Author Alexa Aston Releases New Contemporary Romance - Hollywood PlayerAuthor Alexa Aston is pleased to announce the upcoming release of her new contemporary romance novel, Hollywood Player. This is the third book in her Hollywood Name Game Series. Scheduled for release on September 17, 2020, the book is already receiving rave reviews from readers and reviewers. Book one, Hollywood Heartbreaker was released on August 6, 2020 and Book two, Hollywood Flirt was released on August 27, 2020. From internationally bestselling romance author Alexa Aston - Book Three in the exciting Hollywood Name Game – a stunning new contemporary romance series. Read for FREE with Kindle Unlimited!She has zero friends . . . and is wary of men, living life as a recluse.His only friend is 90 and when she dies, he’s adrift.Can a dyslexic actor and a shy loner find happiness together?Famous from the time she was fourteen, London Russell lands the cover of Sports Illustrated to cap off her modeling career. Leaving the fashion world behind, she follows her dream of becoming a singer-songwriter. Thanks to an ex-boyfriend’s vicious attack on her, London becomes a recluse who turns out hits but never tours—and can’t trust a man. Her life changes course when she encounters a Hollywood screenwriter and director and agrees to write the theme song for their next movie.Knox Monroe grew up as America’s darling, a child actor featured on several popular television series. After his mother’s betrayal, Knox drops out of sight, returning years later to make the successful transition to adult roles. A known womanizer and loner, Knox meets London by chance. Through her connections, he winds up with the lead role in a new movie.Will London be able to open her heart and move past Knox’s player reputation? And will Knox knock down the emotional fortress that he’s built around his heart?In Hollywood, anything’s possible. . .Hollywood Player will be available for purchase in print and ebook format upon its release. Book Details: Hollywood Player Hollywood Name Game, Book 3 By Alexa Aston Release Date: September 17, 2020 ISBN: 979-8667633556 ASIN: B08FBTPS4F Pages: 235 Genre: Contemporary RomanceAbout the Author: Award-winning and internationally bestselling author Alexa Aston lives with her husband in a Dallas suburb, where she eats her fair share of dark chocolate and plots out stories while she walks every morning. She’s a binge fiend (The Crown and Ozark are favorites) who enjoys travel, sports, and time with her family.Her historical romances bring to life loveable rogues and dashing knights, while her contemporary romances are light and flirty and sometimes contain a bit of suspense.Contact: Website: https://alexaaston.com/ Twitter: https://twitter.com/AlexaAston Facebook: https://www.facebook.com/authoralexaaston/ BookBub: https://www.bookbub.com/authors/alexa-aston Promo Link: http://bookbuzz.net/blog/contemporary-romance-hollywood-player/ #HollywoodNameGame #HollywoodPlayer #alexaaston #romance #bookbuzzBookBuzz.net 59 Heritage Way Drive Rome, GA 30165Website: https://bookbuzz.net/blog/contemporary-romance-hollywood-player/BookBuzz.net helps indie authors, hybrid authors, and small publishers promote and market their books. We also help with book reviews, publicity, and more. Let's Create Some Buzz For Your Book!!!