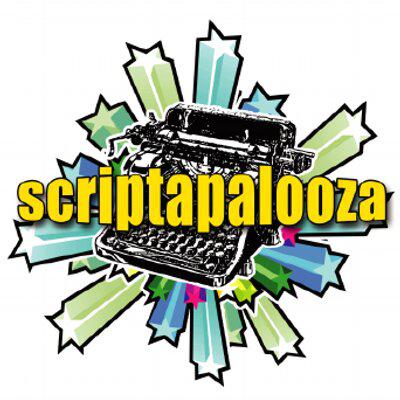 19th Annual Scriptapalooza Screenwriting Competition“It’s not about how many scripts we receive, it’s about how many writers we can help,” said Mark Andrushko, President at Scriptapalooza.Many writers have already benefited from entering the competition. Obviously, not all will snag the first place prize of $10,000 but Scriptapalooza has always prided itself on helping many of the writers that place in the competition. The moment the winners are announced, in any given year, the company makes the top 100 script loglines available to its judges. Production companies make requests throughout the year for genre specific screenplays.Bohemia Group Originals, a management company, recently optioned two scripts. The 2016 winning script, a historical drama, Battle, by Aaron Brophy as well runner-up, The Clock Maker, a fun action packed script by Dan Schmidt.“We are thrilled to be working with Aaron and Daniel on these amazing projects. Hats off to Mark, his Scriptapalooza team and the judges’ panel for helping bring these stories to the forefront,” stated Susan Ferris, CEO of Bohemia Group Originals.The Scriptapalooza commitment to promote and create opportunities has remained its number one priority for nearly 20 years. Founded in 1998, Scriptapalooza Screenplay Competition is the worldwide leader in the movie industry. The company offers a wide range of opportunities and services designed to lift up and help the undiscovered writer.Next deadline February 1, 2017www.scriptapalooza.com info@scriptapalooza.com 310.594.5384International Screenplay Competition that helps writers get their screenplays into the hands of Hollywood.Scriptapalooza Inc. 3119 Deer Creek Drive Sugar Land, TX 77478 310-594-5384 Mark Andrushko

02-07-2017 | Leisure, Entertainment, Miscel …
Scriptapalooza Inc.
Hollywood Seeking Screenwriters
“It’s not about how many scripts we receive, it’s about how many writers we can help,” said Mark Andrushko, President at Scriptapalooza. Many writers have already benefited from entering the competition. Obviously, not all will snag the first place prize of $10,000, but Scriptapalooza has always prided itself on helping many of the writers that place in the competition. The moment the winners are announced, in any given year,

11-05-2018 | Arts & Culture
JMA Pilani Rajasthan
Rangoli Competition at JMA Pilani
There is so much geometry in Rangoli and one should not be surprised to hear new jargons like Rangometry. National Council of Teachers of Mathematics – NCTM Virginia USA, DePaul University Chicago USA etc are serious about teaching simple graph theory, Euler paths and circuits, numerical patterns, symmetry, and growing patterns through Rangoli which is also called Kolam in South India. Diwali is just not a festival of lights and sounds
06-25-2018 | IT, New Media & Software
KBV Research
Threat Intelligence Market - Competition Intelligence
According to a new report Global Cognitive Security Market, published by KBV research, the Global Cognitive Security Market size is expected to reach $16.2 billion by 2023, rising at a market growth of 32% CAGR during the forecast period. The North America market holds the largest market share in Global Unified Log Manager & Data Catalog Solution Market by Region in 2016 and would continue to be a dominant market till
04-13-2018 | IT, New Media & Software
KBV Research
DevOps Market - Competition Intelligence
DevOps Market Competition Intelligence The DevOps Market Competition Intelligence report provides an in-depth insight pertaining to the latest strategic developments in this arena. The report offers comprehensive coverage on the recent initiatives by the top market participants including Amazon, CA Technologies, Dell (EMC Corporation), HP Enterprise, IBM Corporation, Microsoft Corporation and Oracle among others. The study facilitates in understanding the market trends by narrowing it down to company level. Also,
06-22-2017 | Business, Economy, Finances, B …
Intelectasia Consultancy
ColossusINNO2017 COMPETITION KICKS OFF
A global entrepreneurship competition by GEM to spur disruptive ideas to rapidly transform ASEAN SUBANG JAYA, June 22 2017 – The inaugural ColossusINNO2017 competition was recently launched by the Global Entrepreneurship Movement (GEM), to recognize entrepreneurs with world class innovations that will help transform ASEAN’s socio-economic community. The GEM management committee for the competition expects to receive over 1,000 submissions from entrepreneurs across the world, where a cash prize of USD
03-27-2017 | Health & Medicine
CANDULOR AG
10. CANDULOR KUNSTZAHNWERK COMPETITION
What a challenge and what a close decision! The coveted "CANDULOR Award" was presented for the 10th time at the 37th International Dental Show (IDS). The competition This year sees the 10th anniversary of CANDULOR's International KunstZahnWerk. The CANDULOR KZW Competition has been conducted with great success since 1999. Dental technicians from all over the world meet regularly at the International Dental Show (IDS) to face the challenge of removable prosthetics. This
05-22-2013 | Arts & Culture
Zeughausmesse Decorative Arts Fair Berlin
COMPETITION INGENIOUS CREATION 2013
The competiton „Ingenious Creation“ was set up in 2012 by the Zeughausmesse Decorative Arts Fair in order to gauge the potential of the decorative arts for invention and progressing design, and to further the inventive spirit and joy of expe¬rimentation in creative artists. The subject of the first competition was a „new and attractively designed object of daily use“. Eight original and sophistica¬ted products – „Ingenious Creations“ chosen from numerous entries
Comments about openPR
Your portal is fast, simple, and easy to use. Others may have more functions but they also demand more editing time, you have to preformat the text in order to achieve a good result etc. I think openPR is really fantastic!
Andreas Knepper, wallmedien AG