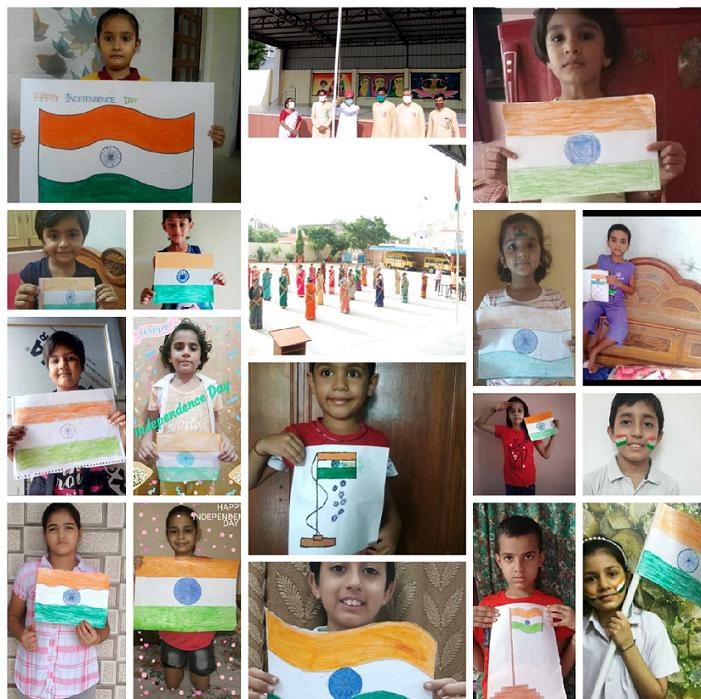 Smt. Jamuna Mishra Academy JMA established in the year 2004 is presently one of the most sought after schools at Pilani considered as Oasis in the desert state of Rajasthan. It is a matter of great pride that alumni of JMA are presently pursuing higher education in various institutions which include NAAC A++ and UGC Category-I, Banasthali Vidyapith which in Times Higher Education 'THE' is Second Best Women's University in global rankings as well as Institution of Eminence BITS Pilani.JMA Pilani derives inspiration from the quote "True knowledge is not attained by thinking. It is what you are; it is what you become" by the great philosopher and yogi Sri Aurobindo who was also a freedom fighter born 15 Aug 1872. Sri Aurobindo had written this message at the request of All India Radio, Tiruchirapalli, India, for broadcast on the eve of India’s independence. The message of Sri Aurobindo which was broadcast on August 14, 1947 goes as “August 15th, 1947 is the birthday of free India. It marks for her the end of an old era, the beginning of a new age. But we can also make it by our life and acts as a free nation an important date in a new age opening for the whole world, for the political, social, cultural and spiritual future of humanity.”JMA Pilani has established a rich tradition of observing various days and festivals of international as well as national importance on a regular basis. Due to COVID-19, with schools closed keeping the children engaged academically and culturally has become a serious challenge for many educational institutions in India today with a few exceptions such as JMA Pilani.The school made elaborate arrangements for observing Independence Day on 15 Aug 2020 taking into consideration all the precautions for social distancing. Mask wearing Principal, teachers and staff assembled in the school grounds after getting sanitized. School board member Sri Rishal Singh well known senior citizen of Pilani hoisted the tri colour which was followed by singing of National anthem. Sri Rishal Singh wished the gathering with a thunder ting Jai Hind. Principal Mrs Booma Natarajan addressed the gathering stating that the celebrations truly missed the colourful parade and band display by school students.To a thunderous round of applause, the principal declared that the cyber space was filled with JMA students face painted with tiranga and holding flags drawn by them. She congratulated all front line workers fighting the pandemic. She urged the teachers to spread the message of wearing face mask and advised them to always carry extra masks with them and give it someone who was not wearing. Maintaining physical distancing is mandatory for one and all and cannot be violated by anyone anywhere. The 74th Independence day celebrations concluded with singing of Vande Mataram the National Song of India written by Bankim Chandra Chatterjee. Each and everyone who attended the function left with beaming faces and pride that they were indeed part of an institution which is a shining jewel in the crown among the schools at Pilani. It goes without saying that tough times never last long but tough institutions last longer and when going gets tough, the tough indeed get going.For more details about JMA Pilani see http://www.jmapilani.org/Default.aspxMrs Booma Natarajan, M.Sc., M.A., B.Ed. Principal, Jamuna Mishra Academy – JMA Near Old Pilani Post Office Pilani Rajasthan 333031 India Phone 91-1596-242314 Email booma_pilani at yahoo.co.in Website: http://www.jmapilani.org/Default.aspx FaceBook: https://www.facebook.com/JMAPilaniRajasthanRank1/About JMA Pilani: Jamuna Mishra Academy - JMA Pilani is a Co-educational English Medium School with Experienced Teachers, Spacious Classrooms and Modern Amenities designed to impart Quality Education combined with All Round Personality Development and lay the Best Foundation for the Child’s Future. While the school admits both boys and girls, the girl student enrollment has been steadily rising every year and is presently nearly 50% of the total strength. Right from its inception, JMA Pilani has embarked on a rich tradition of celebrating various days of national and international significance and festivals which makes it a cut above the rest schools in Pilani. The school has for boys and girls Scout and NCC, girls’ band which has been winning laurels every year. NCC cadets of JMA Pilani have also been selected for participation in Republic Day Camp RDC and Shivaji Trail Trek. Yoga, Karate, Painting and Music are not just part of school routine but a way of life for the students. It is a matter of great pride that JMA Pilani is referred popularly as the School with 100% Results on account of outstanding results year after year in Board of Secondary Education Rajasthan RBSE Class X and Class 12.

01-22-2022 | Science & Education
JMA Pilani Rajasthan
JMA Pilani – Talk on Innovative Strategies for Teaching 21st Century Kids
The illiterate of the 21st century will not be those who cannot read and write, but those who cannot learn, unlearn, and relearn is a famous quote attributed to Alvin Toffler who is an American writer, and futurist known for his works on modern technologies, including the digital revolution and the communication revolution, with emphasis on their effects on cultures worldwide. It is known that Technology will not replace teachers,
01-12-2022 | Science & Education
JMA Pilani Rajasthan
JMA Pilani Rajasthan Celebrates Swami Vivekananda Jayanti National Youth Day
According to former UN Secretary General Ban Ki-moon "Youth are a transformative force; they are creative, resourceful and enthusiastic agents of change be it in public squares or cyberspace." The ethereal sage Swami Vivekananda who was the original feminist and the first among spiritual leaders in modern times to speak for the masses is an icon not only in India yesterday but also India today and India Tomorrow. National Youth
01-11-2022 | Health & Medicine
JMA Pilani Rajasthan
JMA Pilani School takes a Lead by Vaccinating all students in Age Group 15-18
As soon as the Drug Controller General of India (DGCI) gave emergency usage nod for Bharat Biotech’s Covaxin to be used for children aged 12-18, in a sudden address to the nation on 25 Dec 2021 late evening, Prime Minister Sri Narendra Modi announced India’s decision to start vaccinating all children in the age group 15-18 starting from 03 Jan 2022. Vaccinations for children aged between 15 and 18, will
10-05-2021 | Health & Medicine
JMA Pilani Rajasthan
Lead School JMA Pilani Expert Talk on Stress Management by USA Psychiatrist Dr A …
Of all the toxins in the world, stress might be one of the most damaging. If left untreated, it may lead to chronic inflammation, hypertension, heart disease, stroke, diabetes, obesity and much more. Dr Asha Mishra is board certified adult and geriatric psychiatrist, currently working as part time consulting Psychiatrist for Chesterfield County HRM. She was Medical Director at Chesterfield County Mental Health Clinic until retirement in 2019. She had