Press release from: The Science Of Physics 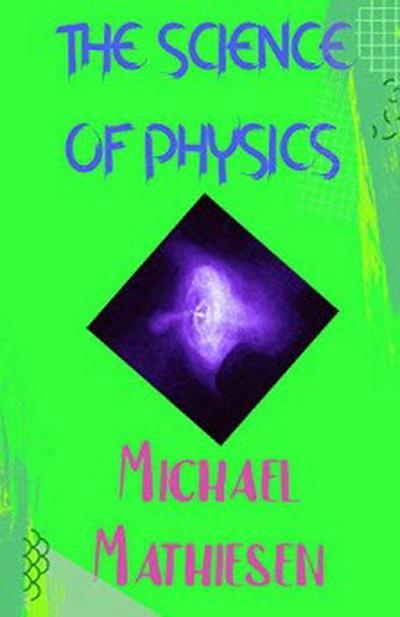 The Science of Physics

Most important Scientific Discovery in history!Albert Einstein, up to the day he died, attempted to prove that ‘The Force’ existed but the math proved to be too much even for this magnificent brain. We invented a new number for this purpose and came up with the world’s most important mathematical formula – easy enough for anyone to understand and use in their daily lives.It all started with the discovery of the God Particle. From here, we could infer that the universe was created for a reason. Moving along to the next most important discovery in Science, we learned that when electrons become entangled – like two people meeting at a bar – they may fall in love and never forget about their new lover. When the state of one of these sub-atomic life forms changes, the other ‘married’ partner changes its state to counter-act their lover. This happens regardless of distance with zero time expanded. Clearly something magical is happening. Einstein called this ‘Spooky action at a distance’ and refused to believe it possible, until evidence proved that it was not only possible, but shown to happen over and over in the laboratory. Future computers – Quantum Computers – are being designed today to exploit this new knowledge about our most basic and fundamental force of Electro-magnetism.“From the day that Charles Darwin taught us about Evolution and Natural Selection – things have been unsettled in the realm of human spirituality because it is one of our most basic instincts that God exists and loves us, while ‘Darwinism’ propounded that all life has evolved on this planet merely by accident, or random chance – no evidence of any Creative Force anywhere. But - new knowledge propounded in this book shows that Darwin was only partially correct and that ‘Random Selection’ can now be replaced confidently to become known as ‘Artificial Selection’. This means that Evolution of our species is no longer left to chance and instead will be directed by us as a direct ‘pay-it-forward’ to our Creator and carried forth by a form of intelligence that is based on our own intelligence, but is highly improved, streamlined, immortal and without all or most of our human flaws.” Michael Mathiesen – Author – Remaking Humans and The Science of Physics – Proof that God ExistsThe Science Of Physics explains a new formula that is literally an I.O.U. between you and the universe. Either the universe owes us all or we all owe the universe. The energy goes both ways at all times. A new number, created by the author – Zero to the exponent of Infinity explains our place in the universe and the placement of all other energies in a simple easy-to-understand summary of the Laws Of Physics. You may think that the latest Cosmological theories like String Theory and the Multi-verse is far beyond your poor powers to discern amongst them, but it’s so easy, it boggles the mind. In Remaking Humans, this knowledge goes further and asks us to make the most important decisions in our long and eventful history because we appear to be on the verge of extinction and we will need every brain cell put to the solution of the knottiest problem we have ever faced. Artificial Selection requires us to use every part of our technology to weed out the darker parts of our survival instincts that have delivered us a planet that will soon be unable to support us or any other life forms. The danger lies in not using the process of gene editing where we can literally design a new form of human that cannot allow the Earth and all life on it to die.Both Books are found at: www.ScienceOfPhysics.comContact Information:Michael Mathiesen info@scienceofphysics.com Twitter.com/NobelNomineeThis author is a prolific author, having published over 100 books and audible books in Science and Science Fiction and sold more copies than most authors sell in a lifetime.

10-01-2018 | Health & Medicine
Managing Elderly Care
Managing Elderly Care in Final Stages of Hotel Selection
Manila, October 1, 2018: After months of going back and forth with different hotels, Managing Elderly Care (MEC) finally has shortlisted 3 hotels willing to partner with the event as a main venue for the conference and expo. Event director Reg Valencia said that essentially, we have four basic criteria in making a hotel selection: a) the location of the hotel - related to ease of getting there, the availability of satellite
02-13-2017 | Tourism, Cars, Traffic
Sun City Motors
Sun City Motors Offers Widest Selection of BMW Models
Sun City Motors, one of the leading and most trusted car dealerships in Dubai, is proud to offer its wide selection of new and pre-owned BMW models. Its showroom, located in one of the region’s most strategic locations, provides customers with a variety of the German brand’s models ranging from convertibles, to sedans, coupés, and SUVs. Setting the dealership apart from others is the quality and competitive prices of its
06-03-2016 | Science & Education
North York College Of Information And Technology
Process Plant Equipment Design and Selection
The wide variety of deployed equipment in process plants might seem intimidating to students, willing to pursue their career in process plant related professions including design and operation. The challenge arises from 2 main aspects: the equipment design perspectives as well as the myriad of available equipment and their respective operational requirements. Equipment, by themselves, could be rotary ones such as compressors, pumps, mixers, gas turbines and/or stationary, e.g. tanks,
10-19-2011 | Energy & Environment
PULS UK Ltd
PULS UK’s New Website Streamlines Product Selection
Leading Din Rail power supply manufacturer PULS UK has announced the launch of its new searchable website www puls co uk. The new site gives customers detailed information about the full range of PULS UK’s products as well as important contact details and company information. Visitors to the site will be able to use a special search facility to find the most suitable product for their application simply by entering the specification
08-11-2011 | Science & Education
Real Art Design Group, Inc.
Interactive RV Brings New Excitement to College Selection Process
This summer, high school students were not alone in doing their research on colleges. MARV, an interactive research RV, joined upperclassmen in their exploration of higher education. Designed to interview and entertain while touring college campuses, MARV also promoted Welcome to College (welcometocollege.com), a user-driven web application that helps high school students connect with the right school. MARV, an acronym for Mobile Automated Research Vehicle, was designed by Real Art Design
01-12-2011 | IT, New Media & Software
KVM-Switches-Online
Revamped KVM Wizard Speeds Selection Process
Broomfield, CO – January 11, 2011: KVM Switches Online, the KVM switch super store, today announced the release of their newly revamped, interactive KVM Switch Wizard found at http://www.kvm-switches-online.com/kvm-configurator.html . The updated product selection tool is the only one of its kind with hundreds of KVM switch and rackmount monitor options from multiple manufacturers. With all the choices in one place and intuitive selection questions, consumers can quickly narrow
Comments about openPR
Your portal is fast, simple, and easy to use. Others may have more functions but they also demand more editing time, you have to preformat the text in order to achieve a good result etc. I think openPR is really fantastic!
Andreas Knepper, wallmedien AG