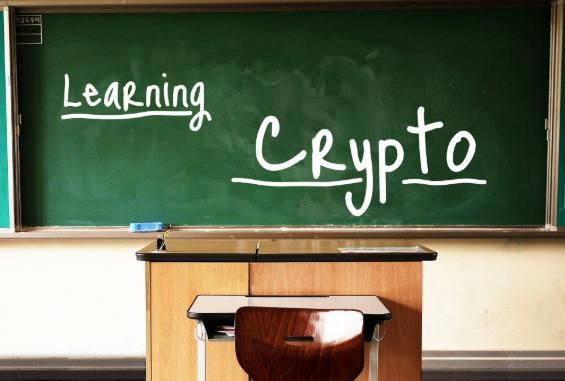 EGW Academy has raised firm commitments for US $2 million investment

Blockchain is growing, the crypto markets are booming but a serious problem which has now started hurting the whole industry is the involvement of a limited number of people who are currently running the show. More than blockchain literacy, we have developers, traders and investors who are driven by misinformation as there is no set standard in the industry to follow.The whole blockchain is based on open source code and thousands of developers around the world make modifications to the code as per their needs and requirements. The blockchain calls for an in-depth knowledge and proficient coding skills and only few institutions like Binance Vision and CoinBase is providing blockchain education on their respective platforms.The mass adoption of blockchain is growing at a massive pace but the knowledge of crypto enthusiasts is not going beyond Bitcoin and Ethereum. As we all know, holding Bitcoin is no longer considered as a taboo, but it is wise to say that Bitcoin is just the kindergarten of the blockchain world. There is so much in it to explore that blockchain looks no less than our never ending universe. The industry experts believe that by the year 2028, blockchain technology will reach its maximum potential as its usage due to mass adoption will considerably increase.As per the current situation, there is a serious need to spread blockchain literacy and EGW Academy is on a mission to make this possible.EGW Academy is the blockchain certification arm of EGW Capital, a blockchain investment bank which focuses on blockchain education. The founders own no coins in the business and the coin economics is all internally supported. Though, 25% of the total coin supply is retained to raise marketing, office expenses and development cost. The management includes blockchain experts who can add value to the internal ecosystem of the academy's business.The online academy raised US $1.2 million in June this year and now it has received firm investment commitments worth US $2 million from a clutch of private investors focused on online education. The deal is sealed at price of US $1.00 per coin. EGW Academy (EGWA), the DigiByte blockchain based coins, are currently listed on the BitLux OTC exchange and are trading at US $0.84 with a market cap of little more than US $21 million, as per the CoinCodex data.The investment will be sealed in the first week of August followed by its Initial Exchange Offering (IEO) of US $10 million. The management believes that Corona pandemic will positively impact the online education market. As of now, the management is busy planning the launch of it's academy.Academy is in process of distributing thousands of coins for free which a coin holder can use for certification or can sell them when the IEO concludes and the coins are listed on a retail trading platform.Rahul Kumar, the CEO of EGW Capital will also launch its e-book dedicated to the blockchain called "Revealing Blockchain" which will be available for free, however, once can give examination to get certified by the academy.India Blockchain Forum Postal Address: Times Square Unit 1, Level 2, B Wing, Maharashtra 400059 Press Contact: Atul Mishra Email: indiablockchainforum@gmail.comEGW Academy is the blockchain certification arm of EGW Capital. Academy is on a mission to spread blockchain awareness by spreading blockchain education online.

09-23-2020 | Business, Economy, Finances, B …
India Blockchain Forum
Stable Income Bonds Are The Next Big Thing
The interest rates around the world have shattered, the printing presses of the government is working in full swing to print the helicopter money. What is that? In the times of COVID when the majority of the workforce is struggling to return back to normalcy with the fear of losing a job at any time, the government decided to give free money to the people. Though, the money paid being
07-11-2020 | Business, Economy, Finances, B …
India Blockchain Forum
Real Estate Tokenization, The Next Big Thing In India
We all have heard of various investment products like fixed deposits, gold and real estate. The largest and the most popular asset class called the "real estate" is known for its high entry cost and extremely low liquidity. India a home to 1.37 billion has trillions of dollars worth real estate but it is almost impossible to buy a real estate asset today and sell it tomorrow. The real estate market