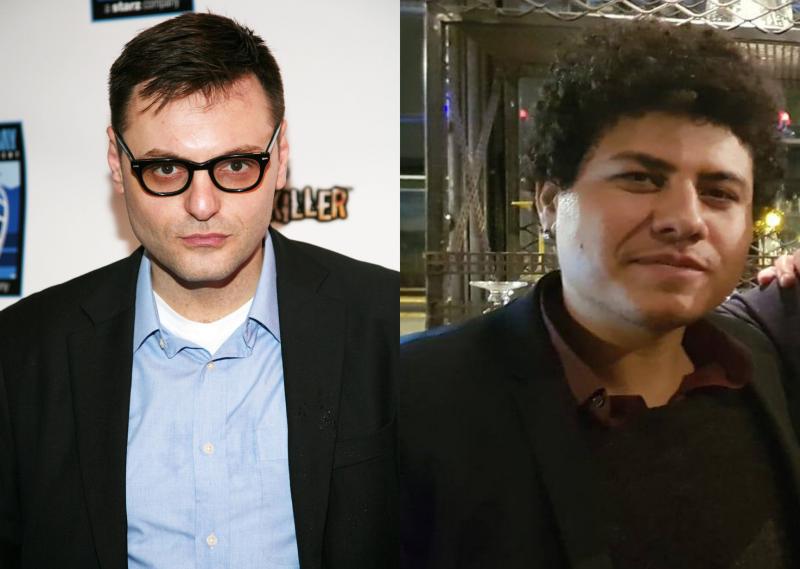 EXCLUSIVE: Rob Schmidt has been set to direct John Silver, a new animated film from European company Office PHILEMOND, based on Robert Louis Stevenson's character Long John Silver. Pre-production gets underway later this month in Ireland.The plot is kept under wraps. "We're telling a new story with a familiar character", Philemond-Montout said. "It'll be a mix of the original Long John Silver with an Anime influence. We're thrilled to propose an unique version of this mythical character, to explore his past, before he was the quartermaster under Captain Flint".Rob Schmidt, who made his directorial debut with Crime and Punishement in Suburbia,has directing credits that include Wrong Turn and the Alphabet Killer. Jimmy Philemond-Montout has producing credits that include anime features and TV series in Japan. Casting is underway.Rob Schmidt is repped by Lee Keele at Guersh.Office PHILEMOND 32 rue PV Couturier, 94140 Alfortville FranceEtienne Lambert info@officephilemond.comOffice PHILEMOND is a vertically integrated production and sales company.

02-24-2021 | Arts & Culture
Media Mogul News
Rob Potna’s Brother Fatally Shot In Camden, NJ
Talented rapper, Rob Potna’s Brother, Jimel Quann, shot in a fatal shooting in Camden County Rob Potna is not having the best of times at the moment, as he recently made the headlines for an undesirable and rather unfortunate event, following the death of his brother, Jimel Quann. Authorities in Camden County are currently investigating the fatal shooting of 44-year-old Jimel Quann, the oldest brother of hip hop artist Rob Potna
07-01-2019 | Leisure, Entertainment, Miscel …
MMI PRMedia Group
Rob Kardashian Responds to Jenner Charity Boxing Challange!
Rob Kardashian just responded back to Jenner's Charity Boxing Challenge to fight for "The Honor" of the Kardashian/Jenner Names. https://www.openpr.com/news/1770348/Kardashian-vs-Jenner-Fight-for-Honor-Charity-Boxing-Match.html "Rob just got back to us and says that he defiantly wants to do this, but..."said MMI PRMedia Group Vice President of Social Media J. Daniels. Rob says "I just started to get back into shape both mentally and health wise. I've seen what this guy can do 10 years ago, he's
10-01-2018 | Industry, Real Estate & Constr …
V3
Rob Coulson awarded prestigious real estate designation
Rob Coulson has been awarded the CRE® (Counselor of Real Estate) credential by The Counselors of Real Estate®, an international group of high profile real estate practitioners who provide expert advisory services to clients on complex real property and land-related matters. The credential was awarded in May at the Counselors’ 2018 Midyear Meetings in Chicago. Mr. Coulson is an entrepreneur, trusted advisor, and partner to investors, owners, and
11-08-2017 | Business, Economy, Finances, B …
Employees Only
Rob Seale Joins the Employees Only Team
Rochester, Mich. Nov. 8, 2017 – Employees Only (EO), a human resources consulting and benefits management firm, has named Canton resident Rob Seale General Manager. In this position, Seale will be responsible for managing interaction with clients and the EO sales team. Seale, a graduate of Ferris State University, brings over 15 years of human resources outsourcing, PEO and operational experience to Employees Only. In his most recent position, he
06-20-2016 | Arts & Culture
Mixer Rob Chiarelli Enjoys Two #1 Hits
Mixer Rob Chiarelli Enjoys Two #1 Hits
This week, GRAMMY� winning mix engineer Rob Chiarelli has been enjoying two #1 hits. According to Billboard magazine, "This One's For Me and You" has been at the top of the Urban Adult Contemporary Charts for the last 4-weeks. The song was produced and written by GRAMMY� nominated producer Gregg Pagani and mixed by Chiarelli at Paramount Studios in Hollywood, California. Chiarelli also mixed the #1 Gospel/R&B song "Wanna Be Happy?"(RCA Records/Fo
10-01-2013 | Science & Education
SABIC Polymers
Rob Duchateau wins DPI Invention Award 2013
Scientific output and polymers knowledge On 20 June 2013 Rob Duchateau (47), Chief Scientist at SABIC and part-time Associate Professor at the Technical University Eindhoven (the Netherlands), received the DPI Invention Award 2013. Jacques Joosten of the Dutch Polymer Institute handed out the award during the biannual conference of the European Polymer Federation (EPF) in Pisa, Italy, from 16 to 21 June 2013. The award was granted for Duchateau’s scientific output
Comments about openPR
OpenPR is clearly structured and remains true to its principle of confining itself to the essential parts. OpenPR has proven to be a very good and reliable partner to our media agency: Within the shortest time the releases are online and go down well with the media representatives. The success of OpenPR is reflected in the steadily increasing number of press releases. It is good that OpenPR exists!
Ursula Koslik, Director Marketing & PR, F+W Hamburg