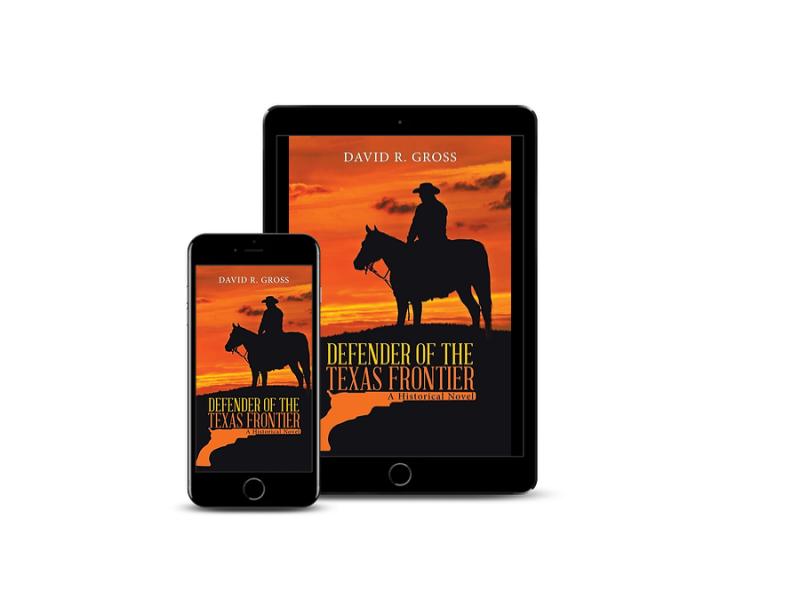 Defender of the Texas Frontier

Author David R. Gross Promotes His Historical Fiction Novel - Defender of the Texas FrontierAuthor David R. Gross is pleased to announce the promotion of his historical fiction novel, Defender of the Texas Frontier. Jack Hays is just 19 years old when he arrives in Nacogdoches, Texas in 1836. Moment later, when a bully is killed, none of the witnesses dispute that Jack acted in self-defense. Despite his young age, Jack is a man who commands both fear and respect.Although he is too late to enlist in the fight for Texas Independence, he soon joins the ranging company of Deaf Smith and begins a 13-year history of defending Texans from raids by Comanche bands and Mexican bandits. When he is just 23 he is made a captain of the Texas Rangers and gains a reputation as the fearless leader of a group of young men who will follow him anywhere and under any circumstances. He leads a regiment of Texas volunteers in the Mexican/American War defending U.S. supply lines, finds and destroys Mexican guerrillas, and fighting with regular Army units to gain significant successes. In so doing he earns a significant reputation for bravery and success. Jack's journey leads him to love and marriage and a transformative role in Texas history.Defender of the Texas Frontier is available for purchase in print and ebook formats. Book Details: Defender of the Texas Frontier A Historical Novel By David R. Gross Publisher: iUniverse Published: April 2019 ISBN: 978-1532071560 (pb) ISBN: 978-1532071904 (ebook) ASIN: B07QJ4K975 Pages: 231 Genre: Historical FictionAbout the Author: Dr. David R. Gross graduated from Colorado State University with the DVM degree in 1960. After ten years in veterinary practice he enrolled at the Ohio State University and earned the MS degree in bioengineering and the Phd degree in cardiovascular physiology. He did research and taught at Texas A & M University for 16 years, then accepted a position as Professor and Director of the Cardiovascular Surgery Research Labs at the University of Kentucky, College of Medicine for 5 years. He retired after 12 years as Professor and Head of the basic science department in the College of Veterinary Medicine at the University of Illinois, Champaign-Urbana.During his academic career Dr. Gross co-edited three multi-authored textbooks and over one hundred scientific articles and abstracts. The first, second, and third editions of his single author text, Animal Models in Cardiovascular Research, can be found in most medical libraries. Since retirement, he has published 3 historical novels, 3 memoirs and Succeeding as a Student, a self-help book for students. His most successful book, so far, is the memoir of his first year in veterinary practice entitled "Animals Don't Blush".Contact: Website: https://docdavesvoice.com/ Twitter: https://twitter.com/Docdavesvoice Facebook: https://www.facebook.com/docdavesvoice Promo Link: https://bookbuzz.net/blog/historical-fiction-defender-of-the-texas-frontier-2/Purchase Links: https://www.amazon.com/Defender-Texas-Frontier-Historical-Novel-ebook/dp/B07QJ4K975/ https://www.barnesandnoble.com/w/defender-of-the-texas-frontier-david-r-gross/1131143230?ean=9781532071904 https://www.kobo.com/us/en/ebook/defender-of-the-texas-frontier https://books.apple.com/us/book/defender-of-the-texas-frontier/id1459224021?mt=11&app=itunes https://www.indiebound.org/book/9781532071560BookBuzz.net 59 Heritage Way Drive Rome, GA 30165Website: http://bookbuzz.net/blog/historical-fiction-defender-of-the-texas-frontier-2/BookBuzz.net helps indie authors, hybrid authors, and small publishers promote and market their books. We also help with book reviews, publicity, and more. Let's Create Some Buzz For Your Book!!!

You can edit or delete your press release Author David R. Gross Promotes His Historical Fiction Novel - Defender of the Texas Frontier here

09-10-2013 | Politics, Law & Society
Gardere Wynne Sewell
Texas Super Lawyers Recognizes 45 Gardere Attorneys
AUSTIN/DALLAS/HOUSTON - Gardere Wynne Sewell LLP is pleased to announce that 45 Firm attorneys representing 16 practice areas have been named to the 2013 Texas Super Lawyers list published by Thomson Reuters. The Texas Super Lawyers list appears in the October 2013 issue of Texas Monthly, as well as the standalone Texas Super Lawyers magazine. Selections are based on peer nominations solicited from more than 70,000 attorneys across the state. An
11-12-2012 | Business, Economy, Finances, B …
Stroz Friedberg
Stroz Friedberg Honored Among “Texas’ Best” by Texas Lawyer
Firm’s Dallas office recognized for computer forensics, data security, investigations DALLAS – Readers of Texas Lawyer newspaper and the publication’s staff again have honored global digital risk management and investigations firm Stroz Friedberg among the industry’s best for computer forensics, data security and recovery, and risk and investigation consulting. This marks the second year that Stroz Friedberg has been highlighted in Texas Lawyer’s annual “Texas’ Best” edition, which is compiled using recommendations
05-09-2011 | Industry, Real Estate & Constr …
Texas Land Man, LLC.
Perfection in Texas Land Sales
Bandera, TX, April 2011- The team at Texas Land Man, LLC consult each client individually about all aspects of the land, from the wildlife population to the house amenities. They also offer comprehensive consultation services after the land has been purchased. Helping the buyer in everything from lake design, to construction, to ranch improvements and Texas land sales a that they do not offer their expertise or insight
04-18-2011 | Industry, Real Estate & Constr …
Texas Land Man
Texas Farms and Ranches: Texas Ranch for Sale
San Antonio, TX, April 2011 - With more than 600,000 square kilometers of land area that is twice larger than that of Japan, the State of Texas sits quietly in the south-central section of the United States. The three largest rivers-Rio Grande, Sabine River, and Red River-form natural borders with its adjacent states to the north and some states of Mexico to the south. Climate in Texas varies among regions as
06-29-2010 | Business, Economy, Finances, B …
Footbridge Media:
Texas Commercial Roofing Contractor East Texas Roof Works & Sheet Metal Launches …
Tyler, Texas - June 28, 2010 – East Texas Roof Works & Sheet Metal today announced the launch of easttexasroofworks.com as an information portal for Tyler area home owners and businesses to find information about roofing projects. With articles being added almost every day and an online monthly newsletter of roofing tips, the website is anticipated to quickly become Texas’ primary resource for residential and commercial roofing projects. Future plans
09-04-2009 | Business, Economy, Finances, B …
Spandern Agribuisiness Consulting
Spandern establishes presence in Texas
Spandern Agribusiness Consulting opened an office in Round Rock, Texas September 1st. "With this step we have created a bidge for our clients connecting the most important marktes of the animal feed industry." say company founder Mike Spandern, 42, master in agriculture and masterbrewer, "Texas has a good image in the US ag-industry and can also provide us a door to Latin America." He concludes. Spandern Agribusiness Consulting in specialized on
Comments about openPR
9 o'clock: discuss press release with client, 10 o'clock: submit release to openPR, within the briefest possible time release is published and displayed in a prominent place on openPR.de. I am thrilled!
Zehra Spindler, Calypso Now! - Communication Agency