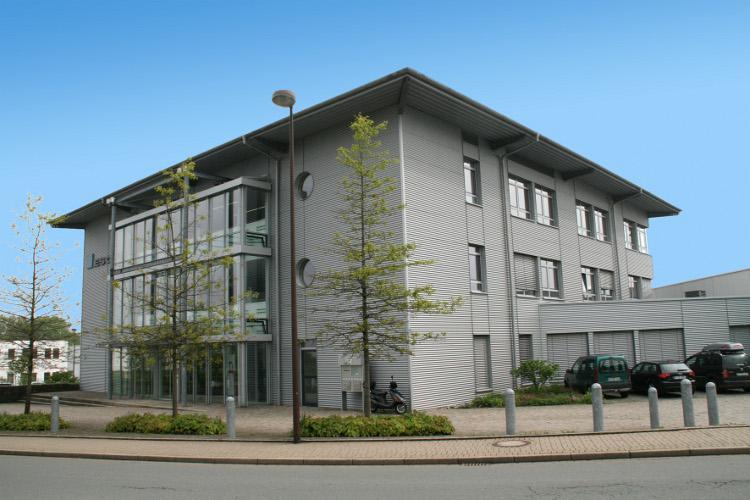 Meanwhile, more than 500 employees are working at the Halver site.

Halver, 08 November 2011 - Following a turnover- and an order entry record in the first quarter of this year, the connector- and housing specialist ESCHA is currently heading for the best year in company history. Already by mid-October, the total turnover exceeded that of the previous year and the order entry gives rise to look ahead optimistically. “This year has been consistently positive for ESCHA“, said Dietrich Turck, Managing Director of ESCHA Bauelemente GmbH in Halver and added: “After an excellent 2010, we took off with vital momentum into 2011 and were able to benefit from the economic growth in Germany throughout the whole year. Thus, we were in a position to surpass the previous year’s record turnover of Euro 34 million already at the beginning of the fourth quarter. We expect a total 2011 turnover of about Euro 42 million as the best year in our approximately 30-year history.“ESCHA favourable economic situation is also reflected in the current employment figures. Meanwhile, the family-controlled company has more than 500 employees at the Halver site. That is about 70 employees more than at the beginning of the year.In spite of the Euro crisis and various economic forecasts, Dietrich Turck is looking ahead quite optimistically relying on the favourable order entry as well as the new company developments: “In addition to a turnover record ESCHA will be able to post an order-entry record of about Euro 44 million this year”. Apart from this, we have presented lots of new products in the last twelve months, which have been readily accepted by the market on the one hand and on the other hand again extended our lead in the field of connectivity and housing technology.“At the SPS/IPC/DRIVES trade show in Nurnberg from 22. to 24. November 2011, the new company product-Highlights will be having their premieres. In addition to the new standard products and industry-related special solutions, various custom-made developments will also be presented. It is exactly in this field where ESCHA is steadily causing great sensation with the show visitors.ESCHA - About usESCHA is a leading supplier in the fields of connectivity and housing technology. The family-controlled company has been developing and manufacturing in Halver/Germany for more than 25 years. As an innovation leader, ESCHA realizes product novelties taking dynamics to the market for automation components. Based on its standard products, the company designs custom-made connectivity and individual special solutions. With more than 500 employees and highly in-depth development and production, ESCHA is extending its product portfolio constantly and independently.ESCHA Bauelemente GmbH Elberfelder Straße 32 58553 Halver Germany www.escha.de/enDipl.-Medienökonom Florian Schnell Manager Corporate Communications Tel. +49 2353 708-156 E-Mail: f.schnell@escha.de www.escha.de/en/press.htm