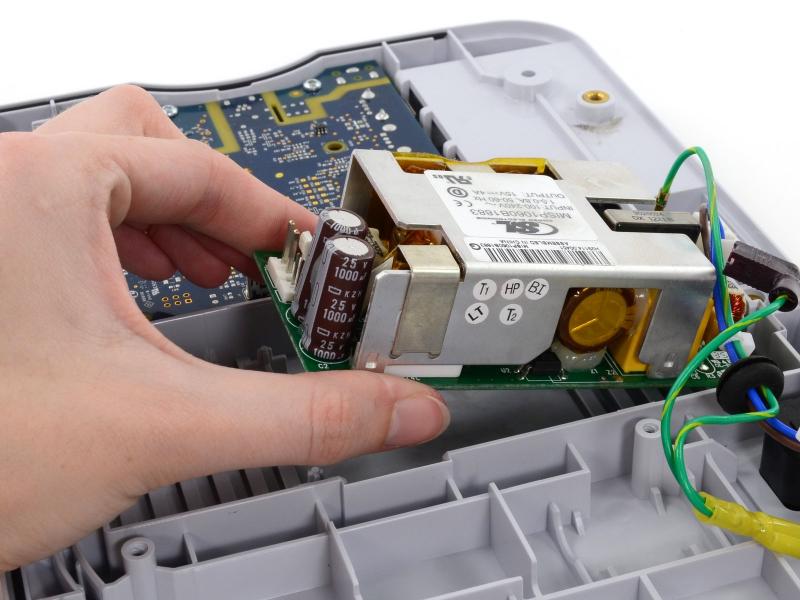 COVID-19 rapidly increases the need for functioning medical devices and the possibility to repair them.

Medical teams around the world do a heroic job these days--and to be able to, they are heavily dependent on medical devices. It's absolutely crucial to keep those devices intact during their heavy utilization. In order to help ensuring that, iFixit is building an online resource for repair and maintenance information on medical equipment.Ventilators are among the most needed machines right now, and there's a lack of them everywhere in Europe. Italy even started sending soldiers to boost their production, Germany ordered 10,000 new devices already, and UK's Prime Minister called manufacturers to increase the national production. But manufacturers have production limits, and it's hard to tell how many ventilators and other medical devices will fail once hospitals are truly taxed, or which parts of those machines are most at risk.Only a few manufacturers host service manuals for their equipment, and there is no central source of information for biomedical technicians to find relevant and useful repair information. Thus, looking up manuals often requires time that is better used saving lives.In a detailed blog, iFixit summarizes what anyone can do to support the intentions of saving medics precious time: iFixit's goal is to create an accessible and comprehensive service resource. "What happens when the biomed gets sick and a nurse is tasked with fixing a machine that she's never worked on before?", asks iFixit founder Kyle Wiens. "Finding the right place to start in the service manual can be challenging. So we're going to break them up into useful guides. We've done this before with medical equipment and by reaching out to local biomeds."With the help of medical experts and volunteers from all around the globe, iFixit hopes to be able to facilitate the repair and maintenance of hospital equipment wherever it's needed--and to highlight the necessity of repair information being available all along the line.Read more: http://bit.ly/3dc6yq3Dorothea Kessler iFixit Europe PR & Outreach Traenkestr. 7 | D-70597 Stuttgart Phone: +49 157 80608359 Email: dorothea.kessler@ifixit.comiFixit is the world's largest online community for repair. With almost 60,000 free guides, ifixit.com shows people all over the world how to fix their stuff.iFixit was founded in San Luis Obispo, California in 2003. Since 2013 iFixit has a European subsidiary in Stuttgart, Germany. The company earns money through selling spare parts and tools and is engaged in advocating for the Right to Repair.

06-04-2020 | Media & Telecommunications
iFixit
No (e-)waste of time: Why fixing the Apple Watch makes sense
The global smartwatch market keeps growing, and the Apple Watch continues to be the most popular one. It’s a trend the world’s largest online repair community iFixit can confirm: In the UK, the Apple Watch is the 13th most visited device for repair guides on ifixit.com. 13.7 million smartwatches were sold worldwide in the first quarter of 2020, and more than half of them were Apple Watches. Apple just released its
02-07-2020 | Media & Telecommunications
iFixit
It's Teardown o'Clock for the Xiaomi Mi Watch
Smartwatches are en vogue. The Apple Watch has made itself comfortable on the throne of clever clocks, but other manufacturers have read the signs of the times, too--and often, their products are inspired by Apple's design. So it is with the Mi Watch: It's Xiaomi's first contribution to the smartwatch market. It's been only available in Asia since it was released last November, but Xiaomi says, it's coming to Europe

04-17-2019 | Business, Economy, Finances, B …
Supply Demand Market Research
Strategy Consulting Market 2025 | Analysis By Top Key Players: Booz & Co. , Rola …
Global Strategy Consulting Market 2019-2025, has been prepared based on an in-depth market analysis with inputs from industry experts. This report covers the market landscape and its growth prospects over the coming years. The report also includes a discussion of the key vendors operating in this market. The key players covered in this study McKinsey , The Boston Consulting Group , Bain & Company , Booz & Co. , Roland Berger Europe
11-14-2018 | Health & Medicine
Up Market Research (UMR)
Influenza Vaccination Market Global Forecast 2018-25 Estimated with Top Key Play …
UpMarketResearch published an exclusive report on “Influenza Vaccination market” delivering key insights and providing a competitive advantage to clients through a detailed report. The report contains 115 pages which highly exhibits on current market analysis scenario, upcoming as well as future opportunities, revenue growth, pricing and profitability. This report focuses on the Influenza Vaccination market, especially in North America, Europe and Asia-Pacific, South America, Middle East and Africa. This
09-10-2018 | IT, New Media & Software
Market Research Hub
Global Strategy Consulting Market Research Report 2018-2025 | Global Key Player …
An up-to-date research report has been disclosed by Market Research Hub highlighting the title “Global Strategy Consulting Market Size, Status and Forecast 2018-2025” which provides an outlook for current market value as well as the expected growth of Strategy Consulting during 2018-2025. The report studies the casing heads market worldwide, especially in North America, China, Europe, Southeast Asia, Japan and India, with production, size, growth, revenue, consumption, import and export
07-11-2018 | Business, Economy, Finances, B …
ReportsWeb
Strategy Consulting Market Deep Insights with Core Business Strategies 2018 - Ro …
Strategy Consulting Market report provides a vital recent industry data which covers in general market situation along with future scenario for industry around the Globe. It also consist of major data along with forecasts of a global market along with clear presentation of diagrams (charts and tables). Global strategy consulting market size status and forecast 2025 has a vast collection of market research reports concerning the software industry, its sub-sectors, and
06-07-2018 | Business, Economy, Finances, B …
Market Research Future
Wearable Heart Monitoring Devices Market 2018 To 2023 – Top Leaders Beurer Gmb …
The Worldwide Wearable Heart Monitoring Devices Market is growing at a healthy rate. The major players in this market are Medtronic (U.S.), Kinetec Products UK Ltd. (South America), Beurer GmbH (Europe), Medisana AG (Europe), Briggs Healthcare (U.S.), Polar Electro (Europe), SUUNTO (Europe), Koninklijke Philips N.V. (Europe), Garmin Ltd. (Europe) and others. The Wolrdwide Wearable Heart Monitoring devices is segmented on the basis of products, type, application, and end users. On
04-06-2018 | Business, Economy, Finances, B …
Market Research Future
Surgical Equipment Market 2018 Leading Manufacturer in Europe, the Middle East & …
The Europe, the Middle East & Africa Surgical Equipment Market is expected to grow at an approximate CAGR of 6.7% during the forecast period. A surgical equipment is a designed tool or device to carry out various surgical procedures so as to modifying biological tissues and to provide access for viewing them. The surgical equipment can be designed specifically for a particular surgery or it can be used as general purpose
Comments about openPR
Your portal is fast, simple, and easy to use. Others may have more functions but they also demand more editing time, you have to preformat the text in order to achieve a good result etc. I think openPR is really fantastic!
Andreas Knepper, wallmedien AG