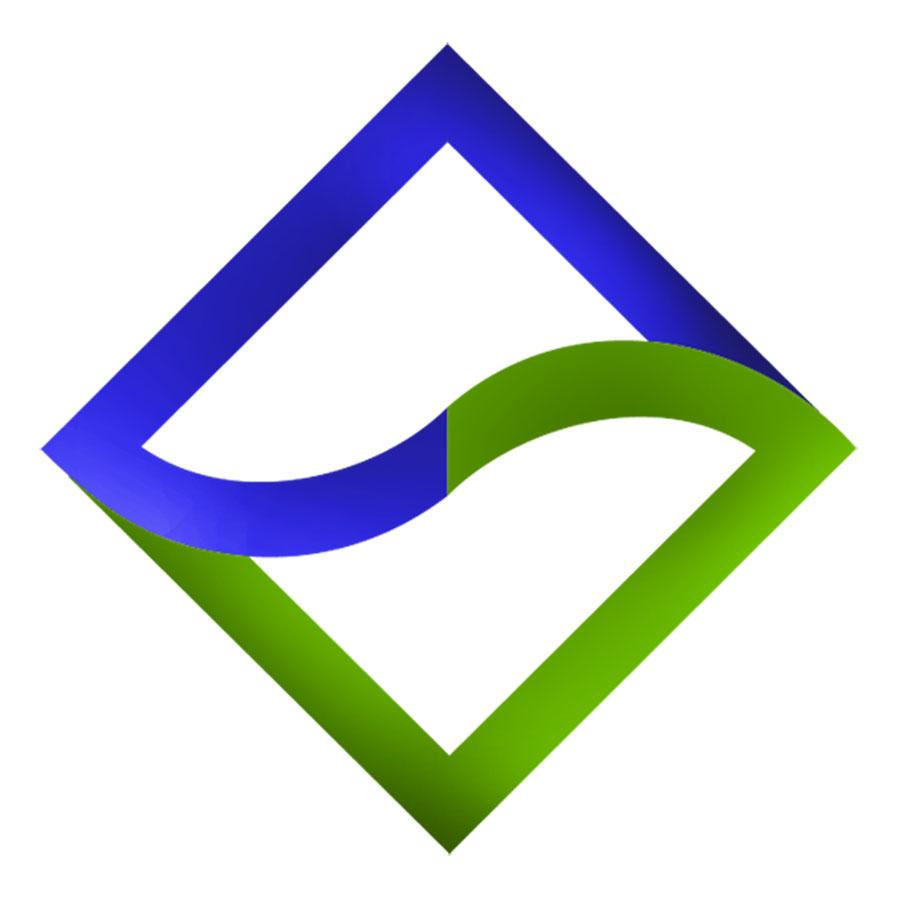 Of all the animals in the world that are classified as ‘endangered’, the Bengal tiger is one of the most recognized species at risk of extinction. The WWF have been long campaigning for donations to help bring an array of animals back from extinction through conservation efforts. The importance of protecting rare and endangered animals helps in preserving the earth’s biodiversity and was apparently the main reason for the WWF’s establishment back in 1961.The International Union for Conservation of Nature (IUCN) estimates their population to be fewer than 2,500, so when the news emerged of more than 50 wild exotic animals roaming the streets in Muskingum County, Ohio after being set free, the operation that led to containing the situation was truly shocking.Police on Wednesday were reported to have killed 48 wild animals, after owner Terry Thompson set them free before killing himself reportedly due to being in debt. Among the dead were 18 bengal tigers, 17 lions, a baboon and a wolf. Granted that protecting the locals was a priority, you have to wonder, was killing all of those wild animals necessary?Jack Hanna who was the former director of Columbus Zoo where six of the animals were taken, said: “I can understand people’s concern. They are calling me from England, all over Canada, all over the world asking me why we had to kill the animals.”“Look at these homes right here, within a mile of this place. Do you want loss of human life? We can’t have that. It is a terrible thing, like I told somebody it is like Noah’s Ark wrecking out here,” he stated.I’m all for ensuring locals are safe, but I’m even more conscious of the fact that some of these animals may not be here in 20 years time because of the very same conflicts they face with humans.The fact that they captured six animals doesn’t justify killing 48 others. Three leopards were captured, which just makes you wonder how much did they really try to exercise this approach to all the other wild cats?We strongly believe that the human race are the most intelligent creatures on our planet, being able to produce, design and manufacture pretty much anything they want. We tend to use logic rather than instinct, which leads me to wonder why our logic didn’t prompt police in Ohio to use tranquilisers.The Guardian reported that police has said they ‘had to shoot to kill because they did not want animals shot by tranquilisers regaining consciousness and escaping in the dark.’In another Guardian article, the county sheriff Matt Lutz defended the shootings saying that police had just an hour or so before it got dark on Tuesday, and that they were not carrying tranquiliser darts, which confuses other reports I fail to believe that the police department were unaware of this exotic animal farm in their county. Surely they would be prepared with tranquilisers if something like this was to happen?This horrendous event should leave Ohio state with some food for thought. Keeping wildlife in captivity strips them of any natural instincts they have to roam freely and behave like any other of their kind. Being confined to a limited amount of space can have serious psychological effects that can drive them insane - much like humans. We wouldn’t be okay with this happening to one of our own so it really concerns me that people don’t extend this empathy to the other species we share our world with.People venture into the wild, thinking that it’s open and free to roam, when in actual fact they’re stepping on land that these animals inhabit. They destroy natural habitats, displace and even poach the wildlife there for reasons that aren’t even comprehendible.We keep them in captivity with insufficient space that affects them mentally and at the same time we feel we have the right to step on to their territories and throw our weight around - How do these animals benefit at all?Given that the police in Ohio had to react quickly is understandable, but maybe there should have been stronger precautions in place like laws making it illegal to keep exotic wildlife so close to civilians.One can hope that the massacre of these animals - some highly endangered - will prompt America to rethink their laws. They’ve been lucky that there was no loss of human life, but unless changes are made, they may not be able to guarantee that next time. Will it be only then that they make the obvious changes that are needed?GreenstreamTV is a news media company that sets out to be the leading brand in global news and events relating to all things ethical, economical and environmental. Our content aims to inform the public of the latest in sustainability and 'green' innovations. GreenstreamTV's vision is to inform, educate, organise and encourage the growth of the green information age.Greenstream TV 27-28 Clements Lane London EC4N 7AESafeera Sarjoo Tel: 0207 754 0493

12-10-2011 | Media & Telecommunications
Greenstream TV
Sea ice loss pushes polar bears to cannibalism
When photojournalist Jenny Ross approached an adult polar bear in the waters of Olgastretet, located in the arctic Svalbard archipelago, she came upon the sight not many witness in their lifetime. As her boat came closer, she recognized the male feeding on the body of a one to two year-old polar bear cub. The Svalbard archipelago is traditionally a year-round, ice-covered region. However, in latest months the sea ice has disappeared
11-11-2011 | Media & Telecommunications
Greenstream TV
Tanzanian villagers let down by UK biofuel company
People from the Kisarawe villages, especially those in Mhaga, in Tanzania are left disillusioned and angry after promised financial, health and educational stability in return for their land was not delivered by Sun Biofuels. It could have been something productive for both parties. In 2006, the British company promised the 1,000 inhabitants of Mhaga that their village would benefit from their cooperation to produce sustainable clean energy from jatropha plants. The
11-08-2011 | Media & Telecommunications
Greenstream TV
Helicopters translocate endangered black rhinos to protected territories
Bad-tempered and powerful, the black rhino does not initially seem to be in much need of human protection. But with the persisting demands of rhino horns on the black Asian market, this critically endangered animal is hunted to the last 4,500 individuals in the wild globally. This was emphasized once more in October when WWF Vietnam announced that the last Javan rhino had been killed and which has now completely
11-06-2011 | Energy & Environment
Greenstream TV
Canada's largest green roof is now habitat to a thriving ecosystem
It is the largest green roof in Canada with an ecosystem that boasts more than 20 west coast species, 400,000 indigenous plants and grasses, 4 hives of European honey bees, and provides a natural habitat for birds, insects and small mammals. The 6 acres (2.4 hectare) ‘living’ rooftop of the Vancouver Convention Centre (VCC) was awarded the GO GREEN certificate for ‘industry-approved, environmental best practices in building management’, and is also

05-23-2017 | Arts & Culture
Cross My Heart, Ltd.
Doug Kreinik visits Columbus, Ohio
Columbus, Ohio, May 18, 2017– Cross My Heart, Ltd. will feature “Doug Kreinik’s Metallic and Silk Mystery Tour”, on June 12th at 7 PM. Doug owner of Kreinik Mfg. Co.,Inc. has been a featured guest on PBS’s Shay Pendray’s Needle Art Studio, and has written for Pieceworks and other publications. Doug will share with us the history of his company and in his discussion, will encourage displacing mystery with
09-16-2011 | IT, New Media & Software
NoMachine
NoMachine Sponsor of 2011 Ohio LinuxFest
Cincinnati, Ohio, September 15, 2011 – NoMachine, creator of NX remote access software, showed their support of the Open Source software community on September 10, 2011, as a sponsor of the ninth annual Ohio LinuxFest in Columbus, Ohio. NoMachine joined more than 1,000 members of the GNU/Linux/Open Source/Free Software community from around the world at this year's conference. Already one of the largest Linux and Open Source conferences in the
08-17-2011 | Associations & Organizations
Greydan Communications
Ohio Association Management Company Opens Its Doors
We are proud to announce the opening of a new association management company, Greydan Communications. Greydan Communications is a full service management firm specializing in association management, communications and event planning. With 18 years of association management experience, Greydan Communications is prepared to serve, consult and provide the administrative needs of trade associations, societies, charities, corporations and foundations. Located in Columbus, Ohio, Greydan is able to serve both Ohio based
05-15-2007 | Tourism, Cars, Traffic
Lillie Davis, Falcon GPS Tracking
Ohio Law Limits Teen Passengers
A new law went into effect on April 6, 2007 limiting the number of passengers in a teen\'s car. The goal of the new law in Ohio is to reduce the number of teen-agers involved in traffic crashes. According to the Public Safety Department, 16-year-old drivers were at fault in 85 percent of the fatal crashes in which they were involved in 2006. And, among 16- and 17-year-olds, one passenger in an
04-03-2007 | Industry, Real Estate & Constr …
Gryphon USA, Ltd.
Ohio Bank Auctions REO Properties
Real Estate Investors Take Notice of 10 Columbus Properties Up for Auction ( EMAILWIRE.COM, April 02, 2007 ) Columbus, OH – Ten bank-owned Columbus area properties will hit the auction block on Saturday, April 21, according to Richard Kruse, president and lead auctioneer for Gryphon USA, Ltd. Nine single-family properties and one three-unit multi-family property will be up for bids, including: 1665 Jonathon, 53-55 Belvidere, 772 Northview, 1408 South
04-28-2006 | Associations & Organizations
WGTE Public Broadcasting
Lake Erie: Ohio's Great Lake
Toledo, OH - This northern shore of the United States was America\'s gateway to the west and a cradle of industry. Today, Lake Erie remains a shimmering natural wonder and a silent witness to history. WGTE Public Broadcasting explores the stories of Ohio\'s Great Lake in this new 60-minute, high-definition television production, LAKE ERIE: OHIO\'S GREAT LAKE. From the historical significance that helped in establishing America to the natural resources
Comments about openPR
OpenPR is clearly structured and remains true to its principle of confining itself to the essential parts. OpenPR has proven to be a very good and reliable partner to our media agency: Within the shortest time the releases are online and go down well with the media representatives. The success of OpenPR is reflected in the steadily increasing number of press releases. It is good that OpenPR exists!
Ursula Koslik, Director Marketing & PR, F+W Hamburg