Press release from: I AM EQUAL 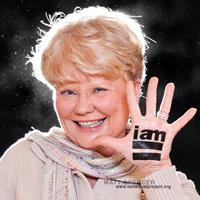 Nebraska residents to join historic photo project for human rights. 27 September, 2011 - Lincoln, NE - In an effort to include communities of all sizes in the historic I AM EQUAL Photo Documentary project, tour organizers announced that Lincoln, Nebraska would have the opportunity to step in front of the camera of international fashion photographer, Matt Spencer on October 17th, 2011 at the Country Inn & Suites and become part of the world record-breaking photo mosaic dedicated to human rights, civil liberty and equality. "I don't think Lincoln would be an city that would normally be included in this type of project," explains project creator, Jason Beckett, "but we all feel it's important to include as many people as possible in this photo documentary and make sure that it truly represents the diversity and culture of our communities - both big and small." In an ambitious 7-year tour that will stop in more than 175 cities around the world, the campaign will capture over 100,000 photos of people from all walks of life and convert each image into a 2 inch tile that will ultimately make up the record-breaking mosaic image measuring more than 8,000 sq/ft. "Although we're taking photos that will be part of a world record-breaking photo mosaic, the participants are using this project as a way to talk about the social issues they support locally and around the world," explains photographer and project co-creator, Matt Spencer. "We see people coming forward for women's rights and domestic violence alongside others who are involved with autism, education reform, or conservation. There are so many different issues out there and we're honored that our campaign is used as a tool for these people to educate and inform friends and family about the causes they care about." Hundreds are expected to come out to participate in the photo documentary when it stops in Lincoln on October 17th. It's open to people of all ages and there is no cost to participate. Participation takes less than 5 minutes, and individuals who want to take part are asked to wear a brightly colored shirt and be "camera ready" when they arrive at the Country Inn & Suites between 2:00pm and 8:00pm. Individuals are encouraged to make a donation to the Global Scholarship Initiative at the event and support the educational aspirations of at-risk students throughout the U.S. "While breaking a world record is reason enough for most people to come out and take part in the project, we find the real impact of the campaign happens when these individuals share their I AM EQUAL photos through social network like Facebook, Twitter, and Google Plus," explains Beckett. "When people see these photos they are curious - they start asking questions; and so a door is opened to educate friends and family about the issues represented by that participant. In the end, this is not just a photo documentary, but a social impact campaign that is changing our communities on person at a time." Details about the event can be found online at the official website (http://www.iamequalproject.org) or on Facebook (http://www.facebook.com/iamequal). ABOUT THE 'I AM EQUAL' PROJECT The 'I AM EQUAL' Photo Documentary was created by Jason Beckett and fashion photographer Matt Spencer in an effort to empower individuals to speak out about the social causes that inspire them. The project goal is to capture more than 100,000 photos of people from all walks of life with the “I AM EQUAL” logo emblazoned on the palm of their hand as a symbol of their commitment to stand up for civil liberties, equality, human rights for themselves or others around the world. Ultimately, all the photos will be gathered together to create the world's largest photo mosaic composed of 2in. photo tiles and covering more than 8,000 sq/ft. Learn more at: http://www.iamequalproject.org See the photo collection at: http://photos.iamequalproject.org Find event details at: http://iamequalproject.org/events/lincoln-ne-2011/ MEDIA RELATIONS: Malissa Barlow I AM EQUAL P.O. Box 2040 Salt Lake City, UT 84110

More Releases from I AM EQUAL

09-29-2011 | Politics, Law & Society
I AM EQUAL
PEORIA GETS IN ON WORLD RECORD PHOTO CAMPAIGN
Illinois to host next I AM EQUAL Photo Documentary event stop. 28 September, 2011 - Peoria, IL - Organizers of the record-breaking 'I AM EQUAL' photo documentary announced today that the project would stop in Peoria on October 19th, 2011 at The Grand Hotel, making this central Illinois community one of only a handful of U.S. cities to host the historic campaign. "We're excited to include Peoria in this photo documentary as
06-21-2011 | Leisure, Entertainment, Miscel …
I AM EQUAL
DALLAS EQUALITY RALLY TAPS PHOTO DOCUMENTARY CREATOR AS SPEAKER
Jason Beckett joins the roster of speakers at the North Texas March for Equality. 20 June, 2011 - Dallas, TX - Organizers of the annual North Texas March for Equality announced today that 'I AM EQUAL' Photo Documentary creator, Jason Beckett will join the roster of speakers set to address the crowd of marchers who will be gathered to commemorate the 42nd anniversary of the Stonewall Riots on June 25th
06-08-2011 | Leisure, Entertainment, Miscel …
I AM EQUAL
MARCH FOR EQUALITY BRINGS HISTORIC PHOTO DOCUMENTARY TO DALLAS
Record-breaking ‘I AM EQUAL’ photo project comes to The Lone Star State 25-JUNE-2011. 7 JUN. 2011 – Dallas, TX – With a renewed commitment to expand the “equality” conversation beyond the LGBT community and reinforce the fact that “gay rights are human rights,” organizers of the North Texas March for Equality announced today that international fashion photographer Matt Spencer will bring his record-breaking photo documentary, the ‘I AM EQUAL’ project, to
03-30-2011 | Associations & Organizations
I AM EQUAL
WASHINGTON STATE UP NEXT FOR HISTORIC ‘I AM EQUAL’ CAMPAIGN
Seattle, WA – 28-MAR-2011 – Seattle area residents are getting ready to welcome international fashion photographer Matt Spencer and the ‘I AM EQUAL’ photo campaign when they make their next stop at The Sheraton Hotel Downtown in Seattle on 23-APR-2011 as part of their 175-city tour aiming to break the record for the world’s largest photo mosaic in history. “As anyone could imagine, breaking a world record is an enormous undertaking,