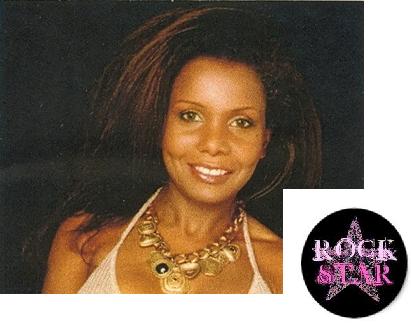 The internet day and age makes flat rate PR a priceless resource, and Dr. Leigh-Davis welcomes Rock Star * PR as the preeminent flat rate public relations service. Dr. Leigh-Davis, a former entertainment attorney in the music industry, and current host of the television show “Profiles in Philanthropy,” hosted the launch party for ROCK STAR * PR yesterday. “The parent company of Rock Star, has been my publicist for years,” disclosed Dr. Leigh-Davis.Jane Daniels, the matriarch of parent company Daniels|Ross Public Relations, is also the overseer of the subsidiary “ROCK STAR * PR.” Daniels|Ross Public Relations was established 20 years ago and currently has offices in Los Angeles, New York, Miami and London. “We will offer the same attention to detail, for a flat fee. A lot of the personalization we charge higher rates for, are not as necessary over the internet, in today’s day and age. Hence, flat rate PR,” explained Jane Daniels at the launch party.Dr. Leigh-Davis hosted the launch party, and even did a few minutes from her stand-up comedy act. Dr. Leigh-Davis elaborated, “Daniels|Ross Public Relations is offering its services pro bono to the television show ‘Profiles in Philanthropy,’ which I host, and thus I was honored to do this favor.” The star studded launch party at the SLS Hotel had a lengthy guest list and included television and film stars; reality stars; restaurateurs; and small business owners. “We purposefully aligned our launch party with the Emmy awards, so invitees would already be local,” elaborated Jane Daniels.ROCK STAR * PR offers multiple press release writing and distribution for a flat monthly fee and will be offering numerous sign-up specials throughout this month. ROCK STAR * PR is owned by Daniels|Ross Public Relations in conjunction with Creative Endeavors. Flat rate services will be offered worldwide, with a focus on the U.S.A. and the U.K..Dr. Leigh-Davis is a law professor, retired attorney, anthropologist, and popular legal analyst and legal correspondent, who regularly appears on NBC news, CNN and Fox news. Additionally, Dr. Leigh-Davis is also a journalist with syndicated columns in several newspapers; host of the weekly radio show “The Real Deal;" and the former host of the Court TV television show, “The Court is in Session.” More information about Dr. Leigh-Davis’ television, writing and radio projects, can be found on Dr. Leigh-Davis’ official website.Creative Endeavors is a multimedia entertainment company handling ALL CONTENT in, or related to, the entertainment business. Creative Endeavors functions both in front of the camera, and behind the scenes, with its roots in television. Creative Endeavors was originally formed to harness the power of television and offer adults compelling programming – including real-life stories. In all creative markets, from television to books, Creative Endeavors engages viewers with smart, provocative and timely programming – stories that no one else is telling in ways that no one else is telling them. Creative Endeavor’s programming shines a light where others won’t dare and boldly explores important subjects – opening minds, sparking conversations and forming deep connections with its audience. Its audience is comprised of affluent, curious, social and connected adults who crave entertaining, enlightening, witty and informative programming. Creative Endeavors operates globally and has locations in the U.S. and the UK.Creative Endeavors 33 Albemarle Street Mayfair London, England W1S 4BP Contact: Jane Daniels 0844 232 6130