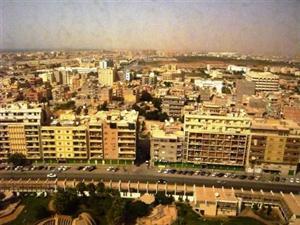 Munich, 02/08/2011. The German non-governmental organisation DEMIRA e.V. is in Benghazi assessing the supply situation on the ground in order to organise a further shipment of aid. On the 29th July DEMIRA programme manager Marcia Hamzat accompanied a medical aid delivery which was then distributed from the central medical storage facility to hospitals and clinics in the area. Our DEMIRA staff member was able to gain a first-hand overview of the situation.In connection with the official visit by delegates of the German-African Business Association, led by Parliamentary State Secretary of the German Economics Ministry, Hans-Joachim Otto, DEMIRA's Emergency Response Unit delivered relief supplies to Benghazi.After delivering the medical aid supplies to the central medical storage facility in Benghazi, Marcia Hamzat gathered information on the current situation in the region and the level of medical care in the local hospitals. According to the director of Hawari General Hospital in Benghazi, the first shortages in supplies could be felt five months ago, and for the last three months local hospitals have not had any medical equipment at all. As a consequence of the lack of new supplies the clinics are operating at only 50 percent of their total capacity.“The greatest difficulty for medical care, after the lack of transport facilities, is the acute shortage of medicines, surgical instruments, bandages and consumable supplies, and spare parts for medical equipment, as well as medical staff,” says Marcia Hamzat after speaking with the Minister of Health of the Libyan National Transitional Council.Patients are either receiving insufficient treatment, or none at all. According to information from the National Transitional Council, since the beginning of the civil uprising in Libya about 4,000 rebels have been killed and another 5,000 to 6,000 seriously and 30,000 less seriously injured. Three hundred people have had to have amputations. Among followers of the regime the death toll stands at an estimated 6,000 to 7,000 deaths.Due to continuing wartime conditions, clinics are no longer able to obtain the necessary supplies, the day-to-day functioning of hospitals is dependent to a large extent on aid shipments from neighbouring countries, NGOs, and from Libyans outside the country. The majority of hospital nurses were foreigners who since the beginning of the uprising have steadily been leaving the country. Further difficulties have been caused by the lack of sufficient water supply and the largely damaged electricity and telecommunications networks.DEMIRA's Emergency Response Unit has been active in Libya since the end of July and depends on donations for continuing its operations.Donations Account Number: 131516, Stadtsparkasse München, Sort Code 701 500 00DEMIRA e.V. is a humanitarian, charitable, non-governmental organisation (NGO), which is non-religious and politically independent. It was founded in 1996 in order to provide humanitarian mine clearance, EOD (explosive ordnance disposal), and emergency medical aid to people living in postwar countries and to victims of natural disasters and civil unrest. DEMIRA provides relief irrespective of race, sex, religion, or political orientation.DEMIRA NGO Hartmannstraße 8 80333 Munich Tel.: +49 / 89 / 29165620 Fax: +49 / 89 / 29165619 Mariem Pusina Fundraising and Public Relations E-mail: mariem.pusina@demira.org Web: www.demira.org

09-08-2011 | Associations & Organizations
DEMIRA Deutsche Minenräumer e.V.
DEMIRA - Medical Aid Shipment to Benghazi
Munich, 29/07/2011. The longer the NATO operation “Odyssey Dawn” and the international sanctions against the regime of Muammar Gaddafi drag on, the more precarious the humanitarian situation in Libya becomes. In association with the official visit by delegates of the German-African Business Association, led by Parliamentary State Secretary of the German Economics Ministry, Hans-Joachim Otto, DEMIRA's Emergency Response Unit delivered relief supplies to Benghazi. On 27th July 2011, DEMIRA programme manager Marcia
09-01-2011 | Politics, Law & Society
DEMIRA Deutsche Minenräumer e.V.
DEMIRA - 100 Days after the Disaster in Japan
Munich, 18.06.2011. DEMIRA is continuing to provide assistance to the affected people one hundred days after Japan’s triple disaster. On the 11th March an earthquake followed by a Tsunami caused widespread damage in northern Japan. The disaster claimed more than 15,400 lives and a further 8,100 are still missing. It is estimated that as many as 90,000 people are still residing in emergency shelters three months after the disaster. The
09-01-2011 | Associations & Organizations
DEMIRA Deutsche Minenräumer e.V.
DEMIRA - Japan Earthquake and Tsunami Relief Operation
Munich, 30.03.2011. An earthquake measuring 9.0 shook the north-east of Japan on 11th March 2011. The resulting powerful Tsunami destroyed hundreds of kilometers of the east coast of Japan. Dozens of cities were either totally or partially destroyed. The death toll is still largely unknown, however, the figures already lie far above the 20,000 mark and hundreds of thousands are homeless. A nuclear catastrophe is taking place around the area

05-20-2019 | Business, Economy, Finances, B …
Libertex
Pinterest: the perfect picture for Libertex traders
Following the recent incorporation of Lyft to its platform, Libertex continues to expand the list of assets for its clients. Today, the Libertex trading platform announces the launch of CFDs (contracts for difference) for Pinterest (PINS), valued at $10 bn after the IPO that took place this April 17th, 2019. The IPO price, initially set at a range of $15 to $17, quickly moved on to $19, proving the interest of
03-20-2019 | Tourism, Cars, Traffic
TAT Newsroom
Picture yourself in Phrae
The northern province of Phrae traces its history back to the Hariphunchai kingdom of the Mon and was once one of Thailand’s largest centres of the teak trade. Nestled between its neighbouring provinces of Lampang, Uttaradit, Nan and Phayao, Phrae today still boasts among the country’s largest teak forest reserves. It is one of the 55 secondary destinations being promoted around the kingdom in a complementary fashion with key destinations, in
01-04-2018 | Advertising, Media Consulting, …
HTF Market Intelligence Consulting Private Limited
Picture Frames Market Trends & Forecast to 2022
HTF MI published a new industry research that focuses on Picture Frames market and delivers in-depth market analysis and future prospects of Global Picture Frames market. The study covers significant data which makes the research document a handy resource for managers, analysts, industry experts and other key people get ready-to-access and self-analyzed study along with graphs and tables to help understand market trends, drivers and market challenges. The study is
03-14-2011 | Health & Medicine
IAEDP
A Picture- Perfect Week in Phoenix
PHOENIX (March 14, 2011) – A goal was met and a record set when over 450 participants attended the 2011 International Association of Eating Disorder Professionals (iaedp) Symposium last week in Phoenix. While the picturesque weather may have played a role in bringing snowbirds down to the desert, it’s ultimately the top-notch programming to thank for attracting nearly 500 in-person participants, the most ever in the symposium’s 25-year history. Even
01-03-2011 | Media & Telecommunications
RP. Product Inc.
Capture from Webcamera HD digital picture
For Immediate Release Contact: Ronny Ronald, , ronnypalyama@aim.com, http://ronnyronald.newweblab.com RP. Product Inc. releases Excellent MPEG4 System Bogor, West Java, Indonesia, 3 January 2011 - RP. Product Inc. has published new application - Capture from Webcamera HD digital picture. New professional surveillance software works with any webcam, IP cameras, and major capture cards. Security software has become so complicated that the typical businessman who has been busy minding his office instead of pouring over electronics
08-01-2008 | IT, New Media & Software
Picmeta Systems
Picture Information Extractor PIE 4.2 with EXIFcare™
Picmeta Systems released version 4.2 of its Picture Information Extractor (PIE), which integrates an editor for EXIF data. The special feature here is the EXIFcare™ technology, which ensures that no information contained in the file gets lost. Using other programs for processing metadata, including the Windows Explorer, normally leads to the loss of the so-called makernote block in which additional data is stored in a proprietary format. With the latest
Comments about openPR
We publish our press releases on openPR.de because we like people who are "open" - just like us.
Frank Obels, CEO, INCONET - Informationssysteme, Communication und Netzwerkberatung GmbH