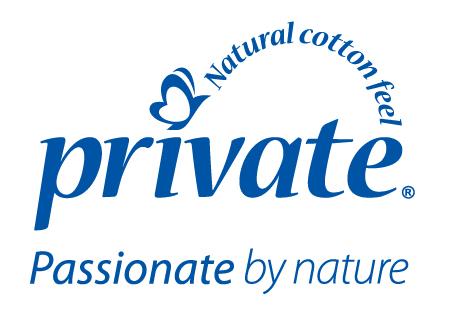 The goal of the Facebook game was to be the first to guess the daily unknown song in the least amount of time in order to win the daily $100 USD. Ladies participating in the radio contest, during weekdays, were required to sing the daily song in the most unique way to win the additional $100/day.

Ladies liked ‘Private by Sanita – Official Fan Page’ in order to take part in ‘Private Song’ Facebook game and chose letters from a virtual keyboard to guess the title of the unknown song, similar to Hangman. Contestants were granted an allowance of 5 wrong guesses before losing the daily game. Daily winners of the Facebook game were named on Facebook the following day.

Ladies participating in the ‘Private Song’ radio contest called Radio One (105.5 FM) weekdays, during “The Maximus Experience” at 5 p.m., and sang the song of the day at the top of their lungs. Daily winners of the $100/day were those that song with the most originality.

09-07-2017 | Advertising, Media Consulting, …
MarketResearchReports.biz
Tobacco Insights: August 2017
The Report Tobacco Insights: August 2017 provides information on pricing, market analysis, shares, forecast, and company profiles for key industry participants. - MarketResearchReports.biz" "Tobacco Insights: August 2017", is a monthly report by GlobalData which provides extensive and highly detailed information on the changing production and consumption patterns of the tobacco industry globally, encompassing new laws and regulations, company news, and changes in consumer behavior. It covers recent activities of the manufacturers
07-13-2016 | Arts & Culture
GALERIE FLUEGEL-RONCAK
Summer-Accrochage July – August 2016
GALERIE FLUEGEL-RONCAK, with a strong focus on Contemporary Art and Pop Art, will show various artworks of its classic collection of POP ART by Andy Warhol, Roy Lichtenstein, Keith Haring, Tom Wesselmann, Alex Katz, Mel Ramos and Julian Opie. On view will be original prints, drawings, paintings and sculptures. After the huge success of Christo`s „Floating Piers“ in June 2016 at Lago d'Iseo in northern Italy, we also have artwork by Christo
09-06-2013 | Tourism, Cars, Traffic
Costa de Valencia, S.L:
The DELE-exam in August in numbers
The Diplomas in Spanish as Foreign Language (D.E.L.E.) are the only internationally recognized oficial titles and issued by the Spanish Ministry of Education and Science. There are six different levels in keeping with the proposals of the Common European Framework of Reference for Languages (CEFR): from the level A1 to the level C2. Every year there are three examination dates for achieving the DELE exam with its different levels: in
09-07-2011 | Business, Economy, Finances, B …
Talentpool Solutions
August brings growth to the MeinSchreibservice.de team
Cape Town, 1 September 2011 – Mid-August allowed us to welcome another new colleague to the team at MeinSchreibservice.de. MeinSchreibservice.de offers transcriptions, proof reading, editing and translations as well as data capture, copywriting and any kind of typing work, not only for clients from Germany, but also globally. The company is constantly growing and always looking for new reliable and experienced translators, editors, proofreaders and copywriters to join their team of
08-03-2011 | Arts & Culture
VernissageTV
VernissageTV: Current Programming August 2011
Basel / Switzerland, August 2, 2011 -- The current programming on VernissageTV has its focus on the 54th International Art Exhibition - La Biennale di Venezia and the 42th edition of Art Basel, but among the highlights are also No Comment-reports and interviews from VernissageTV's correspondents in France, Poland, Mexico, and Argentina. La Biennale di Venezia The highlight of this year's summer of art, the 54th International Art Exhibition - La Biennale
07-09-2008 | Fashion, Lifestyle, Trends
asos.com
asos.com launches July/August trends
New Equators End, Surreal Life and Unplugged collections on site now London: Fashion e-tailer, asos.com showcases 3 womenswear fashion-led trends for July and August, all mixing distinct silhouettes with vibrant colour and striking prints. “Equators End” unveils ‘70s safari glamour, taking inspiration from Northern Africa and Savannah wildlife to create a sultry summer look with an exaggerated colour palette and unique print motifs. The look is a real retro take on tribal
Comments about openPR
OpenPR is clearly structured and remains true to its principle of confining itself to the essential parts. OpenPR has proven to be a very good and reliable partner to our media agency: Within the shortest time the releases are online and go down well with the media representatives. The success of OpenPR is reflected in the steadily increasing number of press releases. It is good that OpenPR exists!
Ursula Koslik, Director Marketing & PR, F+W Hamburg