Decree of the Republica de Cuba, signed by Fidel Castro 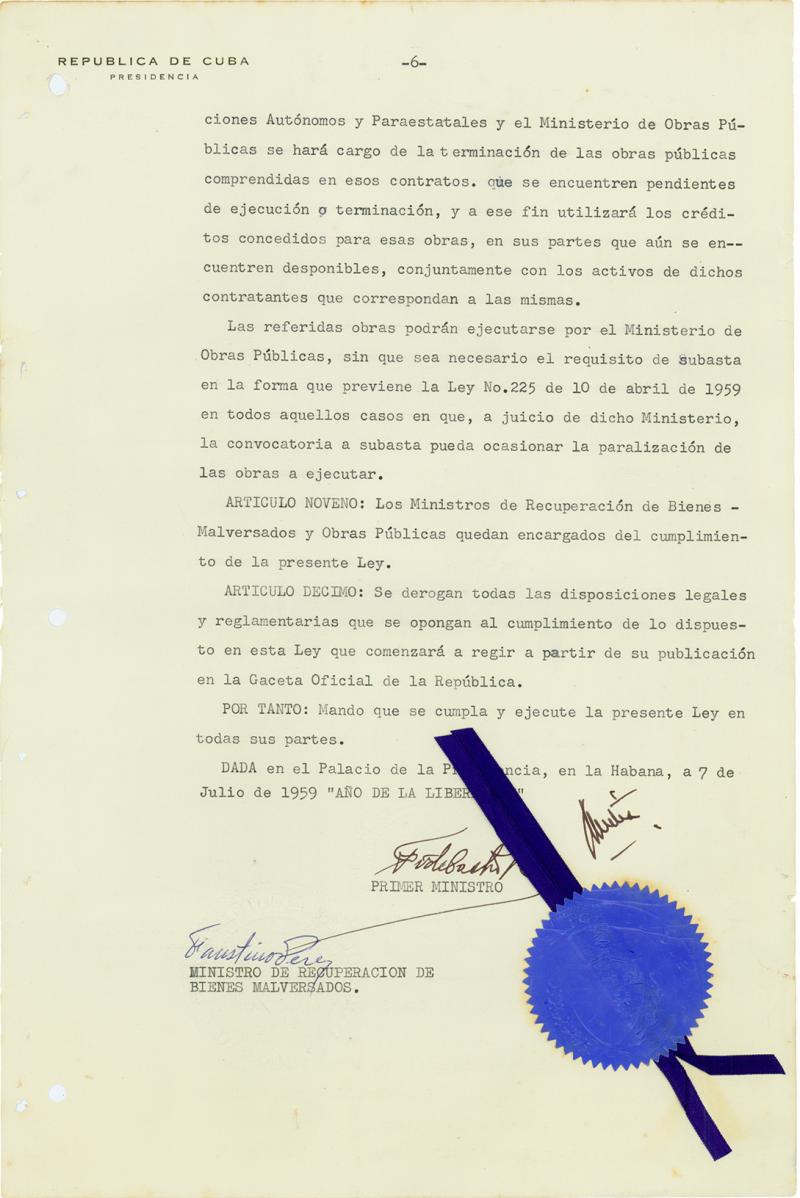 You can edit or delete your press release Decree of the Republica de Cuba, signed by Fidel Castro here