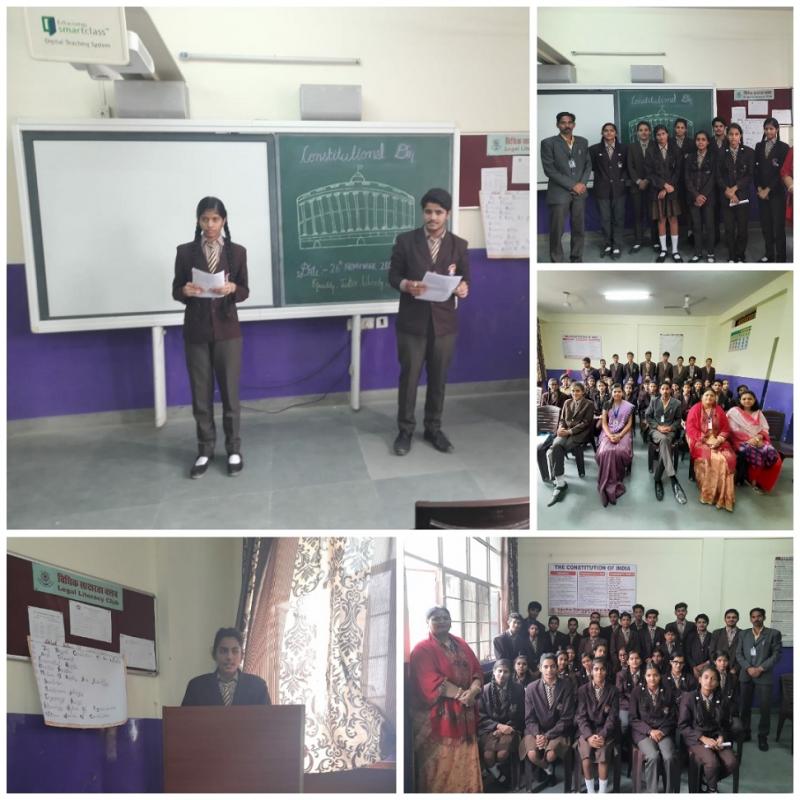 One may say that 26 January comes before November 26 in the calendar of any year but in the evolutionary calendar of the Constitution of India it was 26 November 1949 which came before 26 January 1950. The Constitution Day also known as the National Law Day is celebrated in India every year on the twenty- sixth day of November to honor the 207 eminent members of the Constituent Assembly who are considered the founding fathers of the Constitution of India. Every citizen in India today knows for sure that the Constitution is supreme and the Fundamental Rights guaranteed under it indeed are sacrosanct. The significance of 26 November observed as National Law Day in India lies in the fact that it was on this day in year 1949, the drafting of the Constitution by the Constituent Assembly which started functioning on 09 December 1946 under the Chairmanship of Dr BR Ambedkar was completed after a span of 2 years, 11 months and 17 days. Subsequently, it was signed on 24 January 1950 and enacted on 26th January 1950 on which date the Constituent Assembly also ceased to exist transforming to the birth of the provisional Parliament of India. The evolutionary stages of the Constitution started from Minto Morley Reforms resulting in The Indian Councils Act 1909 followed by Montagu Chelmsford Reforms resulting in the Government of India Act 1919, the 1927 Simon Commission and Round Table Conferences (1930 – 1932) leading to the Government of India Act 1935, the 1946 cabinet Mission Plan and the subsequent formation of the Constituent Assembly. The Quasi Federal nature of Indian Constitution is unique as against that of the American and British constitutions.Smt Jamuna Mishra Academy – JMA was established in the year 2004 at Pilani which is considered as Oasis in the desert state of Rajasthan. Matter of Pride that alumni of JMA Pilani are presently pursuing higher education in various institutions which include Birla Institute of Technology and Science BITS Pilani which is one of the Institutions of Eminence and Banasthali Vidyapith which is not only in various QS Rankings but also in Times Higher Education THE World Rankings as one among the best 3 - 4% global universities as well as Second Best Women’s University in the world. JMA Pilani has an active Legal Literacy Club LLC and the main aim of opening the club was to create awareness among students about their constitutional rights, duties and legal obligations with the firm conviction that as youth in India today and as responsible citizens in India tomorrow, they will be destined to play more effective and helpful role in the larger task of nation building in later years. On 26 Nov 2019 JMA organized a function to celebrate the constitution day and above details were shared with the students. The focus of celebrations for 2019 was on fundamental duties. Smt Rambha Kumari addressed the students reiterating the preamble and anchored the proceedings while Sri Mahendra Kumar proposed vote of thanks.Principal Mrs Booma Natarajan congratulated the members of the LLC along with teachers on the occasion and reminded them that while for Hindus Bhagavad Gita is the holy book, for Muslims the Quran and for Christians the Bible, invariably for all citizens of India irrespective of religion the holiest book is indeed the Constitution of India. 26/11 is indeed a day that cannot be forgotten by Citizens of India Today.For more details about JMA Pilani see http://www.jmapilani.org/Default.aspxMrs Booma Natarajan, M.Sc., M.A., B.Ed. Principal, Jamuna Mishra Academy – JMA Near Old Pilani Post Office Pilani Rajasthan 333031 India Phone 91-1596-242314 Email booma_pilani at yahoo.co.in Website: http://www.jmapilani.org/Default.aspx FaceBook: https://www.facebook.com/JMAPilaniRajasthanRank1/About JMA Pilani: Jamuna Mishra Academy - JMA Pilani is a Co-educational English Medium School with Experienced Teachers, Spacious Classrooms and Modern Amenities designed to impart Quality Education combined with All Round Personality Development and lay the Best Foundation for the Child’s Future. While the school admits both boys and girls, the girl student enrollment has been steadily rising every year and is presently nearly 50% of the total strength. Right from its inception, JMA Pilani has embarked on a rich tradition of celebrating various days of national and international significance and festivals which makes it a cut above the rest schools in Pilani. The school has for boys and girls Scout and NCC, girls’ band which has been winning laurels every year. NCC cadets of JMA Pilani have also been selected for participation in Republic Day Camp RDC and Shivaji Trail Trek. Yoga, Karate, Painting and Music are not just part of school routine but a way of life for the students. It is a matter of great pride that JMA Pilani is referred popularly as the School with 100% Results on account of outstanding results year after year in Board of Secondary Education Rajasthan RBSE Class X and Class 12.