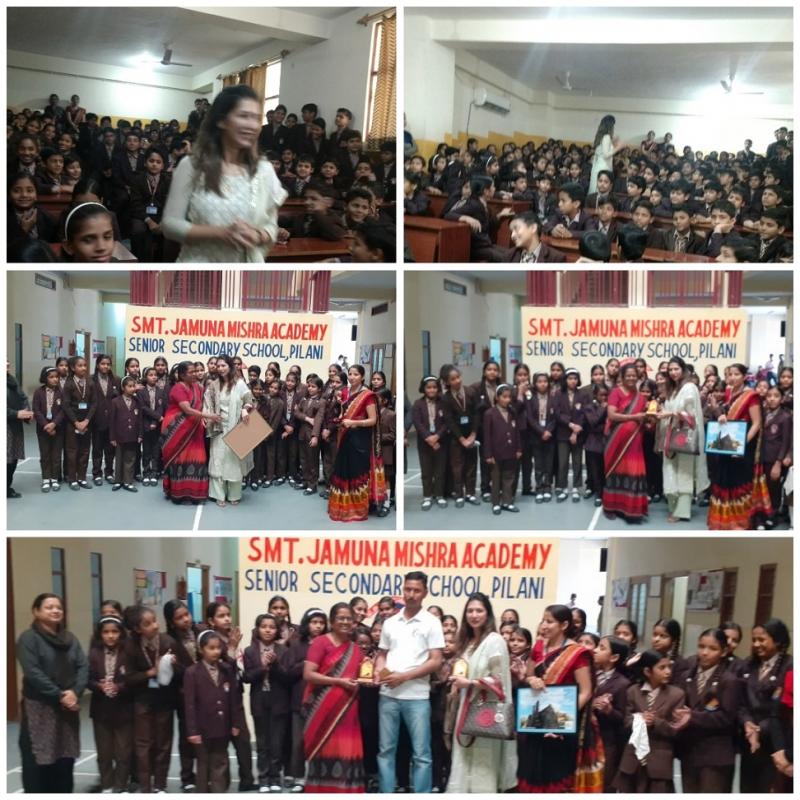 According to the report on crimes in India for 2016, released by Home Ministry Govt of India 106,958 cases of crimes against children were recorded and out of them 36,022 cases were recorded under Pocso (Protection of Children from Sexual Offences) Act. In the last six months, i.e. between January 1, 2019, and June 30, 2019 it is reported that 24, 212 cases of child abuse have been registered in India, which means 4000 cases in a month, 130 in a day and one in every five minutes. It can be hard for parents, caregivers as well as school teachers to know where to start when it comes to teaching kids about their personal safety. It can be particularly difficult when teaching them what to do if someone tries to touch them inappropriately. Children often find it hard to tell adults about sexual abuse because they don’t know the words to use. Learning correct (anatomical) words for private body parts gives children the vocabulary they need and helps them know that it’s okay to talk about those body parts. It goes without saying that children must be taught the correct names of different parts of their bodies including their private parts. Each child must know that they are the boss of their body. Children must know that they are in control of who touches their bodies and how. Children must know the three kinds of touches namely Safe, Unsafe and Unwanted. Safe touches are those that keep children safe and are good for them, and that make children feel cared for and important. Safe touches can include hugging, pats on the back, and an arm around the shoulder. Safe touches can also include touches that might hurt, such as removing a splinter. Unsafe touches are those touches such as hitting, pushing, pinching, and kicking that hurt children’s bodies or feelings and children must know that these kinds of touches are not okay. Unwanted touches are those touches that might be safe but that a child does not want from that person or at that moment. Child must be taught to say no to an unwanted touch, even if it’s from a familiar person. Children must be helped to practice saying no in a strong, yet polite voice which will help them learn to set personal boundaries. Every child must know some essential things which include that it is not okay to touch someone else’s private body parts; It is not okay for someone to touch his or her own private body parts in front of you; it is not okay for someone to ask the child to touch his or her private body parts, it is not okay for someone to ask the child to take clothes off or to take pictures or videos of child without clothes and it is not okay for someone to show the child photos or videos of people without their clothes on.Smt Jamuna Mishra Academy JMA established in the year 2004 at Pilani which is considered as Oasis in the desert state of Rajasthan has established a rich tradition of celebrating various days of national as well as international importance on a regular basis. Alumni of JMA are pursuing higher education in various institutions which include Banasthali Vidyapith which is not only in various QS Rankings but also in Times Higher Education THE World Rankings as one among the best 3 - 4% global universities and Second Best Women’s University in the world as well as Birla Institute of Technology and Science BITS Pilani which is one of the Institutions of Eminence.Daughters are Precious – DAP famous Mission with Passion IAS Naveen Jain 'Sparsh' campaign was launched in the state of Rajasthan to prevent incidents of rape, sexual exploitation and molestation of innocent children. Under this program, on 23 Nov 2019 a team visited JMA Pilani for teaching the children about different touches and shared the above details. Principal Mrs Booma Natarajan congratulated Dr Shika and Sunil team members of SPARSH campaign for the outstanding session and presented them with mementos on behalf of the school. Principal also received a memento on behalf of the SPARSH campaign. For more details about JMA Pilani see http://www.jmapilani.org/Default.aspxMrs Booma Natarajan, M.Sc., M.A., B.Ed. Principal, Jamuna Mishra Academy – JMA Near Old Pilani Post Office Pilani Rajasthan 333031 India Phone 91-1596-242314 Email booma_pilani at yahoo.co.in Website: http://www.jmapilani.org/Default.aspx FaceBook: https://www.facebook.com/JMAPilaniRajasthanRank1/About JMA Pilani: Jamuna Mishra Academy - JMA Pilani is a Co-educational English Medium School with Experienced Teachers, Spacious Classrooms and Modern Amenities designed to impart Quality Education combined with All Round Personality Development and lay the Best Foundation for the Child’s Future. While the school admits both boys and girls, the girl student enrollment has been steadily rising every year and is presently nearly 50% of the total strength. Right from its inception, JMA Pilani has embarked on a rich tradition of celebrating various days of national and international significance and festivals which makes it a cut above the rest schools in Pilani. The school has for boys and girls Scout and NCC, girls’ band which has been winning laurels every year. NCC cadets of JMA Pilani have also been selected for participation in Republic Day Camp RDC and Shivaji Trail Trek. Yoga, Karate, Painting and Music are not just part of school routine but a way of life for the students. It is a matter of great pride that JMA Pilani is referred popularly as the School with 100% Results on account of outstanding results year after year in Board of Secondary Education Rajasthan RBSE Class X and Class 12.

10-20-2020 | Advertising, Media Consulting, …
HTF Market Intelligence Consulting Pvt. Ltd.
Child Day Care Services Market to Witness Huge Growth by 2025 | Child Time Learn …
COVID-19 Outbreak-Global Child Day Care Services Industry Market Report-Development Trends, Threats, Opportunities and Competitive Landscape in 2020 is latest research study released by HTF MI evaluating the market, highlighting opportunities, risk side analysis, and leveraged with strategic and tactical decision-making support. The study provides information on market trends and development, drivers, capacities, technologies, and on the changing investment structure of the COVID-19 Outbreak-Global Child Day Care Services Market. Some of
05-29-2017 | Politics, Law & Society
Natalia V. Jeffs, Attorney at Law
Divorce: Child Custody and Visitation
In a divorce where a child or children are present the most common issue parents get stuck on is custody. Child custody disputes are stressful on the clients, attorneys, judges and most importantly the children themselves. In severely damaged relationships between spouses, the child usually suffers the most from the parents’ continual battles. In such battles there are disputes over time share, legal and physical custody. This article will discuss issues relating to child custody and visitation in California. An attorney and spokeswoman from Natalia V. Jeffs, Attorney
01-06-2017 | Advertising, Media Consulting, …
Big Market Research
Child Care Management Software Market :Growing demand for optimization of child …
A Research Report on Child Care with Growth and Analysis of Report on Bigmarketresearch.com Child care management software is a tool that manages the daily operations of daycare centers or preschools. The software automates administrative tasks such as attendance records, parents’ contact information database, children’s health data management, and scheduled appointments and classes. The analysts forecast the global child care management software market to grow at a CAGR of 10.2% during the
08-05-2016 | Health & Medicine
Singhania Clinic
Does Your Child Vomit, Have Chronic Constipation Or Eczema; Your Child Could Be …
Dubai, United Arab Emirates, August 4, 2016: If a child has cow milk intolerance the immune system reacts abnormally to the protein found in cow's milk. The reaction can cause injury to the child’s intestines and stomach. If a parent or sibling has an allergic or atopic disease they are more at risk for developing CMPI (Cow's milk protein intolerance). CMPI can occur in two forms, the first being an immediate
04-11-2008 | Fashion, Lifestyle, Trends
Safely Ever After, Inc.
CHILD PREDATOR SAFETY EXPERT PATTIE FITZGERALD TO APPEAR ON CHILD SAFETY PANEL A …
SANTA MONICA, CA -- Certified child predator safety expert and mom Pattie Fitzgerald (safelyeverafter.com), will appear on Baby Celebration LA's child safety panel at the Los Angeles Convention Center April 12 & 13, 2008 at 11:30 a.m. on Saturday and 12:30 p.m. on Sunday in the South Hall - Hall K. Ms. Fitzgerald will discuss how to talk to kids about personal boundaries, teaching kids to identify and avoid "tricky" people,
04-04-2008 | Politics, Law & Society
Child Alert System
National Child Alert System Plea To Parents: Be Prepared to Take Action In Child …
The gruesome discovery of 7-year-old Hser Nay Moo found dead in a neighbor’s apartment has again proven that every parent’s nightmare is in fact a reality. After an exhaustive search led by South Salt Lake Police Chief Chris Snyder and more than 700 volunteers, Hser’s body was found in the basement of a neighboring home one day after she went missing. “This sort of horror is not something that only happens
Comments about openPR
I can't but agree to the positive statements about your portal: easy to use, clear layout, very good search function, and quick editing!
Jens O'Brien, Borgmeier Media Communication