Press release from: The Fairview Agency 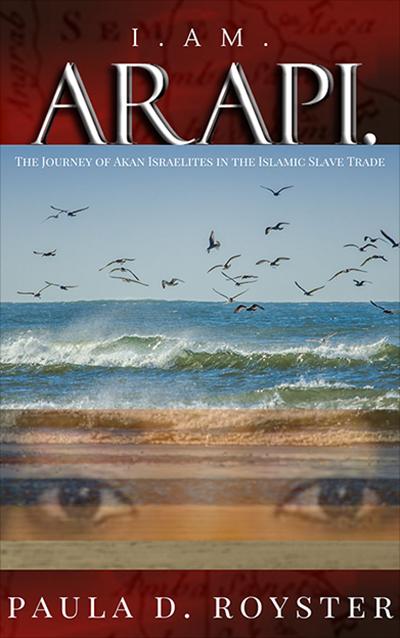 The Journey of Akan Israelites in the Islamic Slave Trade

Slavery did not end in Southeastern Europe until World War II ended in 1945.

Award-winning scholar-historian, Paula D. Royster unveils new information that is guaranteed to upend all Western notions of knowledge. Based on the true stories of women in Ulcinj, Montenegro, Dr. Royster retraces the footsteps of their Akan ancestors disconnected by the Islamic Slave trade several hundred years ago. “It was sobering to realize that in 2013 I had actually met a person who had been enslaved in 1937 when in my American mind, slavery ended more than 150 years ago,” Royster said. Using cartography to recreate the dislocations of Africans in Ulcinj, Royster stumbled into the deliberate, methodical erasure of Christian archaeology out of Africa into the Middle-East. “The basis for inventing racism and other biases,” Royster said, “has always had its roots in spiritual beliefs. My research reveals the coordinated effort by people in power to justify a system of dominance by simply moving the names and locations of Christian references from one place to another as a rationale for the benevolent violence that followed.” The 267-page book includes maps of the journey from Egypt to Ulcinj, Montenegro, South America, and the Caribbeans and notes the contributions of enslaved communities to Western economies societies such as the Junkanoo Carnival and Halloween. The never before told story re-imagines history using only the evidence left behind.

I.AM.ARAPI. The Journey of Akan Israelites in the Islamic Slave Trade is available at https://iamarapi.com.

The Fariview Agency is a seasoned publisher located in the Ohio Valley. Other publications include Edible Ohio Valley, a monthly magazine that encourages food sourcing from local farmers.

You can edit or delete your press release I.AM. ARAPI. Challenges Western Notions of Knowledge here

07-16-2020 | IT, New Media & Software
emotas embedded communication GmbH
MadeForSTM32 label granted for CANopen Slave Software Expansion for STM32Cube
emotas embedded communication is proud to announce that emotas’ CANopen Slave Software has been assessed and endorsed by ST to become the first MadeForSTM32 approved CANopen software for STM32 micro-controllers. The MadeForSTM32 label is available for ST Authorized Partners only and ensures that the software within the STM32 ecosystem had been reviewed and qualified by ST specialists to be of consistently high quality. The product evaluation for the label
09-13-2018 | Arts & Culture
PR for HYACINTH
“Hyacinth: A Costly Jamaican Slave” by John Charlton is published
ISBN #978-1944156701 “Hyacinth: A Costly Jamaican Slave” by John Charlton is published Historical fiction novel which takes place in early 19th century Jamaica About the Book: Hyacinth is the daughter of a Jamaican plantation owner and one of his slaves and is married to a sailor who deserted the British Navy and settled in Jamaica. The story is set in the early 19th century. Hyacinth incurs the hostility of her half-brothers
05-11-2016 | Advertising, Media Consulting, …
Chem Gadgets
Global Brake Master Cylinder & Slave Cylinder Market 2015 Size, Growth and Analy …
Global Brake Master Cylinder & Slave Cylinder Industry is an in-depth report that offers a unique mix of specialist industry knowledge and the region-wise research expertise. The report delivers the market Outlook, Strategy, size, Growth, Share, Analysis and the trends for each sector. Global Brake Master Cylinder & Slave Cylinder Industry 2015 is a comprehensive, professional report delivering market research data that is relevant for new market entrants or established players.
05-08-2015 | Industry, Real Estate & Constr …
Softing Industrial Automation GmbH
Complete PROFIBUS DP Slave in FPGA
Haar, April, 29, 2015 – Softing Industrial Automation is introducing a new PROFIBUS Slave subsystem that can be fully loaded into an FPGA. The solution consists of a VHDL-designed PROFIBUS controller and processor on which runs the entire protocol software. With Softing's new PROFIBUS Slave architecture, device developers can take advantage of a subsystem which is immediately executable, since the protocol software has already been ported to the processor. The integration
09-04-2009 | Media & Telecommunications
X-CITE RECORDS
Jeremy Amelin, finalist singer from French Star Academy, hits back at Britney Sp …
PARIS, FRANCE, August 27, 2009 /X-CitePressRelease/ -- Jeremy Amelin, aged 23 and finalist singer from French Star Academy, is giving final touches to his upcoming new electro album, due out November 2nd, 2009. Working with top-notch electro music producers such as James Rendon, Pink Noisy, R&D Corporation, Wesfield, among others, Jeremy Amelin has confirmed he has just recorded a new sexy electro-track all about the one and only Britney Spears.
06-19-2009 | Industry, Real Estate & Constr …
IXXAT Automation GmbH
Modbus-TCP Slave Protocol Software by IXXAT
IXXAT offers with its new Modbus-TCP Stack a powerful software package allowing the fast and easy development of Modbus-TCP server devices. The software supports the conformance classes 0 and 1 as well as parts of the conformance class 2. To enable the best possible integration of the protocol software into the customer application, various options for configuration and adaptation of the software are available. This includes e.g. the possibility to
Comments about openPR
9 o'clock: discuss press release with client, 10 o'clock: submit release to openPR, within the briefest possible time release is published and displayed in a prominent place on openPR.de. I am thrilled!
Zehra Spindler, Calypso Now! - Communication Agency