6.2 Megawatts installed in the Slovak Republic 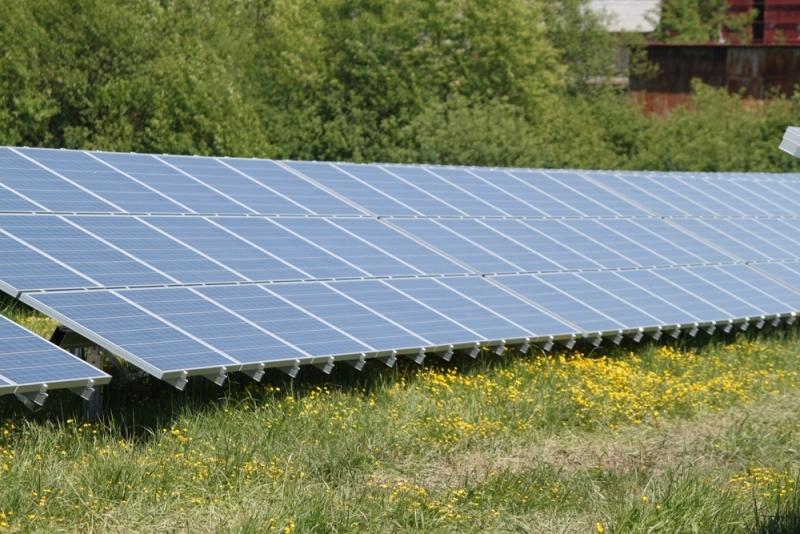 German Vario green energy group puts six Slovak solar parks on the gridHolzgerlingen/Munich, 6 July 2011. The Vario green energy group completed construction of six solar parks with a power of 1 to 1.2 Megawatts each at three locations in the Slovak Republic in May and June 2011. The company handed over the turn-key plants to German and Slovak investors. The project planning, system configuration and the delivery of all the components were done by Vario green energy Concept GmbH from Holzgerlingen near Stuttgart, together with Vario green energy Parks GmbH from Munich.The six photovoltaic power plants in Poltár, Biskupice and Rumince have a total power of 6.2 Megawatts. Almost 70,000 solar modules will soon feed in an annual 7 million kilowatt hours of electricity into the local grid. According to the current Slovak feed-in tariff, the plant operators will receive a remuneration of 38.23 Eurocents.“In spite of the laborious approval procedure in Slovakia, we are very pleased with the course of the project and the high amount of professionalism shown by all participating parties”, says Axel Fellhauer, managing director of Vario green energy. The system provider set up the solar parks along with the assembly company Draka Service GmbH from Nuremberg and a local grid connection partner. The assembly time was six to eight weeks.Until now, Vario green energy has built PV plants with a total power of 7.8 Megawatts in the Slovak Republic. In the future, the company plans to concentrate only on the roof-top market. It is reacting to the amendment to the Slovak REL, which no longer supports large plants. “Since 1 July 2011 the solar electricity funding is limited to roof-top plants with a power of 100 kilowatts maximum”, explains Fellhauer. Despite the cuts in financial support, Vario green energy will remain active in Slovakia. “Our subsidiary Vario green energy Slovakia, with headquarters in Bratislava, will help establish the roof-top plant market”, says managing director Axel Fellhauer.Editor: Vario green energy Concept GmbH Siemensstraße 1 71088 Holzgerlingen, Germany Telephone +49 (0)7031 68490-30 Telefax +49 (0)7031 68490-40 service@vario-greenenergy.de www.vario-greenenergy.dePress Contact: Press Agency Krampitz Public Relations for Renewable Energies Dillenburger Str. 85 51105 Cologne, Germany www.pr-krampitz.de hb@pr-krampitz.comFor more than ten years, Vario has been providing regenerative systems to produce energy while preserving resources and remaining CO2 neutral. Its range of services encompasses consultation, project management planning as well as the service and operation of photovoltaic plants. Thanks to their commitment and conviction, the employees of the owner-managed company from Holzgerlingen near Stuttgart ensure that their customers are satisfied, both sustainably and responsibly.

You can edit or delete your press release 6.2 Megawatts installed in the Slovak Republic here