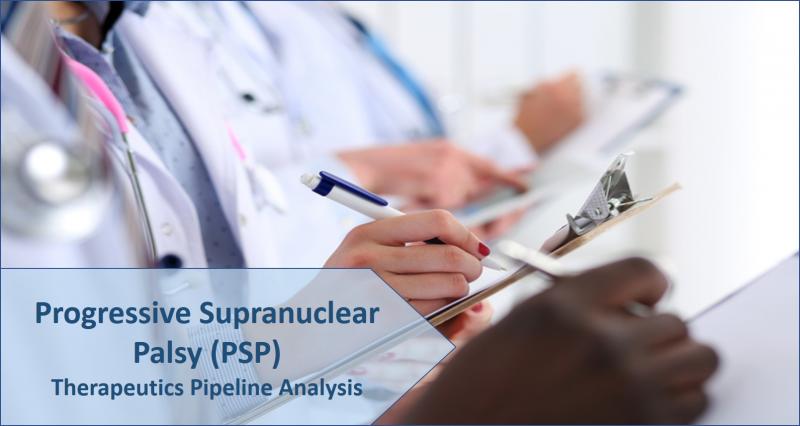 Progressive supranuclear palsy (PSP) is a brain disorder which impacts vision, cognition, movement, and speech. This disease results in weakness by affecting certain parts of the brain above the cell clusters, known as nuclei (supranuclear), which are involved in controlling eye movements. It usually manifests in mid-to late adulthood, and the survival rate of people suffering from PSP is five to nine years after the disease first appears. It is also referred to as Steele–Richardson–Olszewski syndrome.Download the report sample at: https://www.pharmaproff.com/request-sample/1230Signs and SymptomsThe signs and symptoms of PSP vary on an individual basis, and the first symptom is usually the loss of balance while walking. Patients may experience unexplained falls or stiffness in gait. With disease progression, problems in controlling eye movements and blurring of vision become the common observations. Slowing of the eye movements is the definitive clue for a proper PSP diagnosis. Alterations of mood and behavior, such as apathy and depression, are also exhibited by patients. Other symptoms of PSP are a mask-like facial expression, slowed movements, and monotone speech.CausesThe exact cause of PSP is not yet established; the symptoms are caused by the gradual deterioration of brain cells in certain areas, specifically the brain stem. Abnormal tau protein deposits in the nerve cells are the hallmark of the disease. This protein is associated with microtubules, which help the axons transmit information through the nerves. Abnormal protein aggregates in the surrounding cells to form protein clumps, thereby spreading throughout the nervous system. Another possible theory is that of cellular damage by free radicals, which are continuously generated by cells during normal metabolism; these damage other molecules under certain circumstances.Diagnostic TestsThere are no specific laboratory or imaging tests currently available for a definitive PSP diagnosis. It is often misdiagnosed as the symptoms are comparatively rare and similar to other movement disorders, such as Parkinson’s disease. Brain shrinkage may show on magnetic resonance imaging (MRI) scans, and a positron emission tomography (PET) scan may be used to detect early signs that may not appear on the MRI.TreatmentNo medication or surgical procedure is available for PSP currently, and the treatment is done based on the appearance of symptoms. Antiparkinsonian agents such as levodopa help in managing stiffness, slowness, and balance, but the effect is minimal and doesn’t last long. Anti-depressants are also prescribed to control excessive drooling and for pain relief, whereas botulinum injections are used for treating excessive eye closing.Get the detailed analysis at: https://www.pharmaproff.com/report/psp-pipeline-analysisPSP therapeutics PipelineThe PSP therapeutics pipeline is witnessing growth due to the receipt of the orphan drug status by several pharmaceutical companies for their under-development drugs. A provision of the U.S. Food and Drug Administration, the Orphan Drug Act grants a special status to a biological product or drug for the treatment of a rare condition upon a sponsor’s request. Certain incentives, such as tax credits, federal grants and a waiver of the filing fees, which is mentioned in the Prescription Drug User Fee Act, are provided under this designation.One of the drugs in the PSP therapeutics pipeline is BIIB092. Being developed by Biogen Inc., it was under the Phase II development stage in November 2017. Also known as BMS-986168, it is a humanized monoclonal antibody, which works by inhibiting the tau protein. It is being developed to be administered through the intravenous route. Bristol-Myers Squibb Company gave the drug licensing rights to Biogen Inc.Therefore, with the entry of more companies, the pipeline would advance, hopefully finding a definitive treatment for PSP.Contact Us: Pharma Proff Toll-free: +1-888-778-7886 (USA/Canada) International: +1-347-960-6455 Email: enquiry@pharmaproff.com Web: www.pharmaproff.comAbout Us: Pharma Proff, is a frontline market intelligence and consulting solutions provider catering to the information and data needs of burgeoning sectors across the world, including pharmaceutical and healthcare. With meticulously curated research reports on the industry landscape, we empower companies in the healthcare and pharmaceutical sectors to make informed business decisions and base their marketing strategies with astuteness.

03-05-2020 | Health & Medicine
Pharma Proff
Interleukin-6 (IL-6) Inhibitors Analysis, Clinical Trails and Developments
Interleukin-6 (IL-6) inhibitors currently exhibit a proliferating pipeline with 25+ therapeutic candidates. IL-6 is a cytokine encoded by IL-6 gene, which helps in the maturation of B cells and is actively involved in the inflammatory response. The IL-6 protein is primarily produced at the sites of acute and chronic inflammation, where it is secreted into the serum and brings a transcriptional inflammatory response through IL-6? receptor. This protein is assumed to
03-05-2020 | Health & Medicine
Pharma Proff
Retinitis Pigmentosa Therapeutics Analysis, Clinical Trials and Other Developmen …
Retinitis pigmentosa therapeutics currently exhibits a proliferating pipeline with 25+ therapeutic candidates. Retinitis pigmentosa (RP) is a group of hereditary disorders that lead to the breakdown and loss of cells in the retina. Mutation in genes encoding the proteins required by retinal cells for their proper functioning, results in occurrence of RP. The disease results in partial vision loss during the earlier stage of the disease, which may lead to complete
07-26-2019 | Health & Medicine
Pharma Proff
Probiotics Therapeutics -Pipeline Analysis 2018, Clinical Trials & Results, Pate …
Probiotics are live microorganisms that produces beneficial effects in human gut. Probiotics can be taken as a dietary supplement. They prevent diarrhoea and help to reduce the symptoms of irritable bowel syndrome. Download the sample report at: https://www.pharmaproff.com/request-sample/1189 Probiotics comprise of a variety of microorganisms belonging to the Lactobacillus and Bifidobacterium groups. The only yeast probiotic that has proven to be effective is Saccharomyces boulardii. According to researchers, probiotics are effective in
07-26-2019 | Health & Medicine
Pharma Proff
Niemann-Pick Disease Type C (NPC) Therapeutics Pipeline to Witness Significant G …
Niemann-Pick disease is divided into four main types: type A, type B, type C1, and type C2. These types are classified on the basis of genetic cause and signs and symptoms of the disease. NPC is identified as a rare genetic disorder in which the body is unable to transport cholesterol and lipids inside the cells. This causes accumulation of these substances within various tissues of the body. These substances