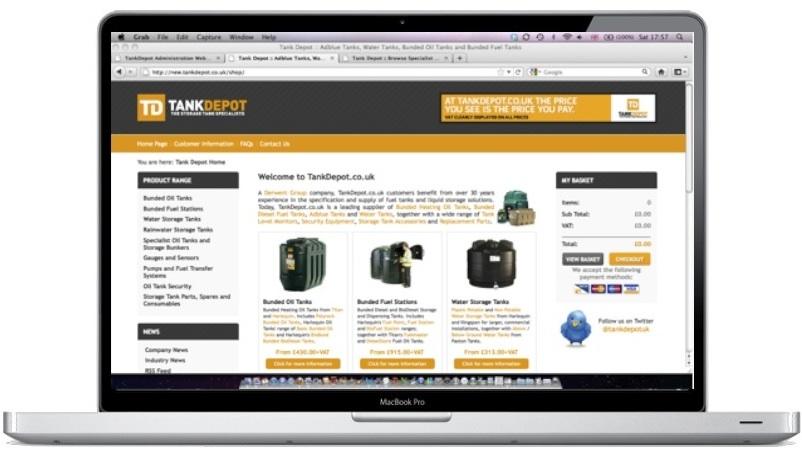 Specialising in Bunded Tanks, TankDepot.co.uk is one of the UK's leading Fuel Tank suppliers

New research by fuel tank supplier TankDepot.co.uk, reveals that reported instances of heating oil thefts increased by approximately 4% during 2010. The research was commissioned by TankDepot.co.uk and completed by independent heating oil industry consultants, J Switzer Associates. Every police force in the UK was contacted under the Freedom of Information Act, and requested to provide the number of reported heating oil thefts in their area during 2009 and 2010. Responses were received from 33 forces across the country, revealing the number of reported incidents increased by 4.33% to 2,407 during 2010. Different reporting categories and metrics make it difficult to make direct comparisons between forces. However, the Devon & Cornwall force had the largest number of reported heating oil thefts of any UK region during 2010, with 836 instances – a decrease of 123, compared with 2009. Northern Ireland, which has the highest prevalence of oil heating in the country, reported the second highest number of thefts with 727 occurrences during 2010 – an increase of 11.14% on the previous year. Nationally, the picture is mixed. A number of forces, primarily in urban areas, reported zero incidents of fuel and heating oil theft during 2010, whilst in a total of eight police areas, the number of thefts actually fell. Commenting upon the statistics, Steve Beech, TankDepot.co.uk's Technical Director says, “As the price of any commodity increases, so too does its attractiveness to criminals. Heating oil is no different in this regard. Given historically high energy prices during the past few years, it is hardly surprising that the number of reported incidents continues to increase. “It is important however to put these figures into context. Even in somewhere such as Northern Ireland, which has a relatively high number of reported heating oil thefts, such incidents represent less than 1% of total reported crimes. And of course in many parts of Great Britain, fuel and heating oil thefts either remained stable or fell. The reality is that heating oil and fuel oil is difficult to transport, awkward to handle and the resale market for suspiciously cheap fuel from previously unknown suppliers, is very limited. “That said, it makes sense for fuel oil and heating oil users not to be complacent and to make the criminal’s life as difficult as possible. Fuel tank manufacturers and oil equipment suppliers have been quick to respond to increased reports of fuel oil thefts and there is a wide range of locking devices and alarms available. Retail prices for lockable oil tank caps, typically start from as little as £18 including VAT… or around 99% less than the cost of replacing the contents of a typical 2,500 litres capacity domestic oil tank. Oil tank alarms, which are becoming increasingly popular at domestic oil storage installations, now start from as little as £24 inclusive of VAT. Anyone who may be concerned by heating oil theft is advised to contact their local Police Force’s Crime Prevention Officer for further guidance on how to minimize the risk of fuel theft. Alternatively, advice and assistance is forthcoming from many fuel distributors and heating oil technicians. Consumers are also recommended to check with their broker and ensure they have adequate insurance coverage in the event of heating oil being stolen from their fuel tank – not all home insurance policies automatically include heating oil cover.Established in 2006, TankDepot.co.uk is today the UK’s leading online supplier of adblue tanks, diesel tanks, fuel tanks, heating oil tanks, waste oil tanks, and water tanks. Based in Derbyshire, TankDepot.co.uk is a Derwent Group company and specialises in the supply of environmentally preferred, Bunded Tanks to customers across the UK. For more information, visit TankDepot.co.uk Online at www.tankdepot.co.ukSteve Beech Marketing & Technical Director TankDepot.co.uk 3 Duffield Road Little Eaton Derbyshire DE21 5DRT: +44(0)1332 834 141 F: +44(0)1332 834 145 E: info@tankdepot.co.uk W: http://www.tankdepot.co.uk