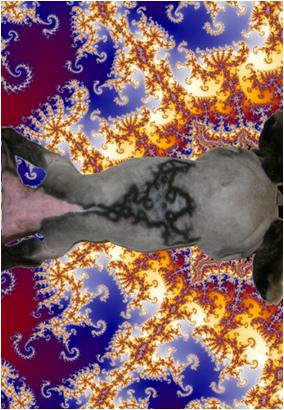 In one of the first studies to look at the population behavior of a large pool of stem cells in thousands of hair follicles – as opposed to the stem cell of a single hair follicle – Keck School of Medicine of USC scientists deciphered how hair stem cells in mice and rabbits can communicate with each other and encourage mutually coordinated regeneration, according to an article published in the April 29 edition of the journal Science.The team collaborated with mathematical biologists from the University of Oxford on the article, "Self-Organizing and Stochastic Behaviors During the Regeneration of Hair Stem Cells," which was just named an Editor's Choice in Science Signaling journal (May 3rd, A. M. VanHook, Regeneration Waves. Sci. Signal. 4, ec123, 2011).The researchers analyzed over many months the changes in the hair growth patterns on shaved mice and rabbits, which indicate cyclic progression between active and quiescent states by stem cells in hair follicles."The results are totally surprising. There is complex coordination not apparent to the naked eye," said Cheng-Ming Chuong, professor of pathology at the Keck School and the principal investigator of the study funded by the National Institutes of Health.The "complex coordination" Chuong refers to is the ability of the large hair stem cell population to communicate with each other to reach robust hair growth, manifesting in a constantly shifting hair wave pattern that often looked like a piece of abstract artwork "painted" on the rabbit's skin.The scientists found that hair stem cells coordinate their regeneration with each other with the aid of a pair of molecular activator WNT and inhibitor BMP. When WNT and BMP signals are used repetitively among a population of thousands of hair follicles across the entire skin surface, complex regenerative hair growth behavior emerges via the process of self-organization.The research holds potential for finding a cure for alopecia, or hair loss, by improving the environment for communication. Alopecia occurs in humans partially because stem cells in human hair follicles, unlike those in mice and rabbits, have lost the ability to communicate with each other."When each human hair follicle wants to regenerate, it can only count on itself; it's not getting help from other follicles," Chuong said. "But when a rabbit hair follicle regenerates, it can count on two inputs: its own activation, and the activation signal from its neighbors. Rabbits have a very active hair growth, and that is essential for their survival in the wild."If the mechanism of stem cell "communication" can be awakened in human stem cells, it will be possible to significantly increase the proportion of human hairs in a growing phase, said Maksim Plikus, the paper's lead author, now a postdoctoral research associate at the University of Pennsylvania. While conducting the study Plikus was with the Keck School and was supported by the postdoctoral training grant from California Institute for Regenerative Medicine.The study's results are promising enough that the USC Stevens Institute for Innovation has already applied for a patent on the composition and method to modulate hair growth.The findings also provide insight into potential stem cell behavior in other organs, which holds ramifications for regenerative medicine research. The fact that a large population of a rabbit's hair stem cells can encourage each other to regenerate and to take turns resting implies it may be possible for other organs' stem cells – including in humans – to similarly communicate and spur growth with high efficiency."This work should stimulate the search for similar population-level behaviors among stem cells in other key regenerative systems, such as the gastro-intestinal tract and bone marrow," Plikus said.The study builds upon an earlier paper that a team led by Plikus and Chuong published three years ago in the journal Nature. That study looked at the hair growth patterns on mice and found that the macro-environment, which includes subcutaneous adipose tissue and body hormone changes, could influence the regenerative behavior of individual hair follicles. It also found new functionally distinct, but morphologically indistinguishable phases in a hair follicle's growing and resting stages."Combined together, our 2008 Nature and 2011 Science papers push our understanding of the regenerative processes in an adult organ to a new level," Plikus said.University of Southern California, Keck School of MedicineUSC Health Sciences Public Relations Keith Administration Building 1975 Zonal Avenue, Room 400 Los Angeles, CA 90033-9029 Phone: 323-442-2830 Fax: 323-442-2832 Contact: Pauline Vu