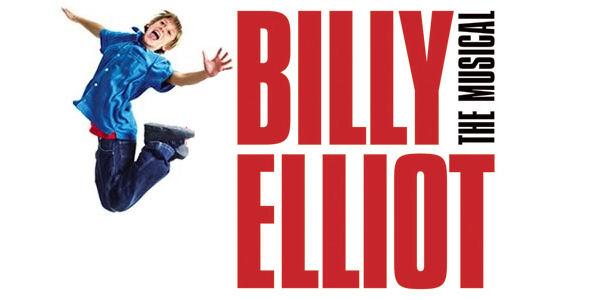 WHAT OTHERS SAY: “Billy Boy - this is the greatest musical yet” Daily Telegraph. “Brit Musical of the decade has arrived” Daily Express. “Billy's a whizz! He'll lift your spirits, make you cry and send you home high with hope” Daily Mail. WHAT IS GOING ON: A funny, heart-warming and feel-good celebration of one young boy's dream in a gripping tale of triumph over adversity. This original story captured the hearts and minds of the world when the movie was released in October 2000. Nominated for 3 Oscars and 13 Bafta awards this poignant film broke box office records across the world. This brilliant new staging is an adaptation of one of the most adored British films of the last decade. The extraordinary movie written by Lee Hall, directed by Stephen Daldry and choreographed by Peter Darling, has been developed for the stage by the same multi-award winning creative team. The score has been composed by music legend Elton John, the most celebrated UK singer songwriter of the last 30 years.HISTORY: Billy Elliot the Musical is a comedy musical based on the 2000 film Billy Elliot. The music is by Sir Elton John, and book and lyrics are by Lee Hall, who wrote the film's screenplay. The plot revolves around motherless Billy, who trades boxing gloves for ballet shoes. The story of his personal struggle and fulfillment are balanced against a counter-story of family and community strife caused by the UK miners' strike (1984–1985) in County Durham, in Northern England. Hall's screenplay was inspired in part by A. J. Cronin's novel, The Stars Look Down, to which the musical's opening song pays homage. The musical premiered in London's West End in 2005 and was nominated for nine Laurence Olivier Awards, winning four including Best New Musical. The production is still running strongly, and its success led to productions in Australia, on Broadway and elsewhere. In New York, it won ten Tony Awards and ten Drama Desk Awards, including, in each case, best musical. It has also won numerous awards in Australia including a record-tying seven Helpmann Awards. Original London Production The musical premiered in the West End at the Victoria Palace Theatre, opening in previews on 31 March 2005 and officially on 11 May 2005; it is still running (as of December 2010). It reportedly cost £5.5 million to produce (the original film version cost $5 million). The producers were Working Title Films, Old Vic Productions Plc and David Furnish. It was directed by Stephen Daldry and choreographed by Peter Darling, as was the original film. Liam Mower, James Lomas and George Maguire were the original actors who alternated in the title role, and the supporting cast included Haydn Gwynne as Mrs. Wilkinson and Tim Healy as Billy's father. The sets were designed by Ian MacNeil, and the costumes were by Nicky Gillibrand, lighting was by Rick Fisher, and sound by Paul Arditti. The original cast album was released on 10 January 2006. The musical received favourable reviews: the Daily Telegraph's Charles Spencer called it "the greatest British musical I have ever seen", and The Daily Mail thought it "a theatrical masterpiece". Billy Elliot the Musical won four Laurence Olivier Awards: Best New Musical, Best Actor (awarded jointly to James Lomas, George Maguire and Liam Mower, the boys who played Billy), Best Sound design and Best Choreographer. It also won the Evening Standard Award as well as the Critcs Circle Award and the Theatregoers Choice Award, all for Best Musical. On 12 May 2006, the three original Billys appeared together in a performance of the musical to celebrate its first anniversary. The three rotated the role during the performance and were joined at the end by Sir Elton John. Great offers on: http://www.simplytheatretickets.co.uk/billyelliot.htmlSimply Theatre Tickets have been providing theatre tickets, hotel accommodation and restaurant bookings online for many years. By combining the very best of London theatre with top restaurants and hotel accommodation, we hope we can help even more people book the night, weekend or week of their lives in one of the most famous and exciting cities in the world. We aim to offer a simple, friendly and informative service and are delighted that many of our customers keep coming back for more of the same! We not only provide top quality entertainment, but also offer hotel accommodation at a number of central London hotels. We offer excellent seats for all the great shows in London and believe our service is second to none. Our customers are able to enjoy the very best London has to offer and purchase tickets safely and securely through our online booking system.Simply Theatre Tickets. F.A.O. Customer Services Waterfront Studios Business Centre, Royal Victoria Docks 1 Dock Road, Unit G32b London E16 1AG http://www.simplytheatretickets.co.uk/billyelliot.html E:mail: sales@simplytheatretickets.com Tel:0044(0)2075110997

03-23-2011 | Leisure, Entertainment, Miscel …
Simply Theatre Tickets
Blood Brothers at the Phoenix Theatre
“A MIRACLE! STILL UNMISSABLE AND UNBEATABLE” The Spectator. “THE BEST MUSICAL IN THE WEST END” The Mirror. “GRIPPING, GRITTY AND SUPERBLY HUMMABLE - IT'S A MUST!” Mail On Sunday. Written by the legendary Willy Russell, BLOOD BROTHERS tells the captivating and moving tale of twins who, separated at birth, grow up on opposite sides of the tracks, only to meet again with
03-02-2011 | Leisure, Entertainment, Miscel …
Simply Theatre Tickets
Jersey Boys at Prince Edward Theatre Tickets 2011
'Oh what a night of magical memories....This is an utterly wonderful show full of vitality, pace and power' Daily Express. 'Let's hear it for the Boys.....I suspect, be some time before London says Bye Bye Baby (Baby Goodbye) to the phenomenal Jersey Boys' Daily Telegraph. Jersey Boys follows the rags-to-riches tale of Frankie Valli and the Four Seasons as they work their way from the streets of Newark to the

12-18-2018 | Arts & Culture
Psychic
Interview with Psychic Billy Caputo
Billy Caputo is an amazing psychic based in New Jersey and New York who does Incredible readings, But don’t worry, as he does readings over the phone. He is very gifted with clairvoyance, telepathy and channelling – which is how he can is able to do such accurate readings by phone. He is also the author of seven books. His Readings stem from that on love and future career moves to
02-23-2018 | Business, Economy, Finances, B …
business news
Global Leaf Blowers Market 2018 - Billy, DeWALT, Dolmar, Husqvarna, Makita
The statistical surveying information incorporated into the Leaf Blowers report is the aftereffect of significant essential and optional research exercises. The report fragments the worldwide market for Leaf Blowers based on makers, item compose, applications, and Region. In this report, each fragment is contemplated completely and measurements are introduced in detail. The report offers an exact outline of the worldwide Leaf Blowers advertise covering key factors, for example, drivers and
10-27-2017 | Leisure, Entertainment, Miscel …
Music Promotion Club
Enjoy Billy Quach’s Soothing EDM Track “Prixm” In Soundcloud
Electronic dance music producer Billy Quach has launched his new music “Prixm” in soundcloud. This artist has introduced an amazing lyrical prowess through his music. The new composition of this rockstar will attract numerous fans. Billy Quach has introduced stirring effect through the music. This young and passionate singer is a well-known public figure who is famous as a producer. Also, he will entertain the audience with his amazing beats.
03-21-2011 | Media & Telecommunications
All Things Media
Country Music Artist Billy Craig Goes Nationwide
Slow and steadily, Country Music Artist Billy Craig is chipping away at the hearts of America and overseas. Not just with his new incredible CD NEXT EXIT PARADISE but also with topical tunes Peace River and Kiss Your Cash Goodbye. For Billy there are two things that are foremost in his heart when talking about his music. . . great songs and great performances. He has gotten a lot of interest
05-06-2009 | Leisure, Entertainment, Miscel …
All Things Media
Country Music Artist Billy Craig Set for Summer Concert Season
Jumping back and forth between band rehearsals and working in the studio, Billy Craig is not only gearing up for one of country music’s biggest event at the WYCD Downtown Hoedown in Detroit, but he’s also finishing up 17 brand new songs for his new CD Release due out this summer/fall. “Billy has put together a smoking hot band and they really have a great show put together for this summer’s
04-23-2009 | Arts & Culture
All Things Media
Country Music's WYCD, Billy Craig and the Downtown Hoedown
Destined to make downtown Detroit burst with his homestyle, chicken fried, guitar lickin’ fun. . . Billy Craig is gearing up for one of country music’s biggest events, the Detroit Downtown Hoedown! Jumping back and forth between band rehearsals and working in the studio, Billy will not only be performing at the Hoedown, but is also finishing up 17 brand new songs for his new CD release due out this
Comments about openPR
OpenPR ist the nicest and most clearly laid out PR platform I have seen to this day. The press releases are displayed very nicely and clearly and without any unnecessary frills. The updates are fast and the finished release looks appealing and is clearly legible. Even with 16 years of experience one discovers new things from time to time. Congratulations!
Gabriele Ketterl, Director Marketing & PR, Menads