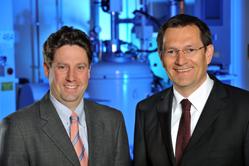 Excellent market position in difficult environmentThe Lindlar-based family enterprise Schmidt + Clemens (S+C) is today presenting its balance sheet for the previous financial year. The company group achieved in 2010 a consolidated turnover of 233 million euros (previous year 228 million euros). The balance sheet total increased primarily due to current effects by around 14% to 125 million euros. Overall, the company management rated the achieved result as very positive and called 2010 a solid year. “In 2010 the markets underperformed, whereas activities for implementation of the strategic agenda were in full swing,” says Jan Schmidt-Krayer, managing partner of S+C. “The management’s main objective was and is to strengthen our smaller companies S+C Märker GmbH, S+C Extrusion Tooling Solutions GmbH and S+C Bowers & Jones Ltd.” As a result, all activities in the year under report were focused on aligning the companies to specifically meet the requirements of their respective customer segments.“After the drop in revenue in 2009, it did not recover significantly in 2010”, says Dr. Henning Kreisel, CFO of the company group. “Nonetheless, we are satisfied with the result achieved by the S+C Group. Our business always develops late cyclical”. Schmidt-Krayer is also optimistic about the future: “The markets are showing signs of recovery already in the second half of 2010 and this trend has also continued in the first quarter of 2011. On the whole we are relatively busy.”In October 2010, a new family structure and new partnership agreement were adopted. The family members, especially the younger generation, defined new guidelines promoting the cohesion of family and company. “This will ensure the independence of Schmidt + Clemens also in the future”, says Schmidt-Krayer.At the beginning of 2011, Schmidt + Clemens extended its workplace health management programme at its site in Germany. “This is a further building block in our overall concept as an attractive employer in the region”, reports Schmidt-Krayer. In addition to a crèche for employees’ children, S+C now also offers nutrition advice, prevention courses, health action days and its own gym. “This is our response to the increased retirement age of 67 and demographic change”, adds Kreisel.Schmidt + Clemens is a leading producer of special steel components. The company group’s chief markets are petrochemistry, separation technology, power engineering, pump industry as well as extrusion and rolling technology.The Schmidt + Clemens Group has about 1,000 employees worldwide (including about 600 in Germany), and apart from the parent plant in Germany, also has production facilities in Brazil, Spain, the United Kingdom, the Czech Republic, Malaysia and Saudi-Arabia. In addition to vertical and horizontal spun castings, the company group also produces mould castings. Forgings for the extrusion and plant and mechanical engineering industries round off the range of services and capabilities. The British subsidiary, S+C Bowers & Jones Ltd., manufactures rolls for a broad spectrum of applications.Schmidt + Clemens GmbH + Co. KG Edelstahlwerk Kaiserau Kaiserau 2 51789 Lindlar Lars Niemczewski Press Spokesman Tel.: +49 2266 92-333 Fax: +49 2266 92-621 E-mail: presse@schmidt-clemens.de Internet: www.schmidt-clemens.de