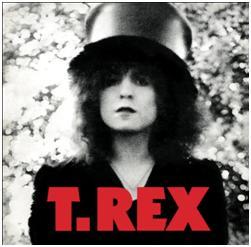 T.REX
THE SLIDER
Cat No: SVLP508
Barcode: 5052273005089
Release: May, 2011
180 gram Vinyl
Simply Vinyl are extremely proud to present on 180gram vinyl for the first time in many years the classic album ‘The Slider’ by T.Rex.
Marc Bolan’s T.Rex were quite simply the biggest and best band of the Pop/Glam Rock phenomenon of the early seventies. Eschewing the band’s folky early years as Tyrannosaurus Rex, Bolan reinvented the face of Pop Music in the UK with T.Rex.
The release of ‘The Slider’ in 1972 was preceded by two huge Number 1 singles: ‘Telegram Sam’ and ‘Metal Guru’ which both feature on this album. ‘The Slider’ represents the creative peak of an artist who’s star burned so brightly for a few years before fading from view. Bolan re-emerged as a hero with the advent of punk, touring with The Damned, but was tragically killed in a car accident in London in 1977. He remains a cult hero to this day.
The iconic sleeve of ‘The Slider’ is one of the most recognisable images in pop history and features Marc in a huge top hat - a photograph taken by his great friend Ringo Starr.
Side A
1. Metal Guru
2. Mystic Lady
3. Rock On
4. The Slider
5. Baby Boomerang
6. Spaceball Richochet
7. Buick Mackane
Side B
1. Telegram Sam
2. Rabbit Fighter
3. Baby Strange
4. Ballrooms Of Mars
5. Chariot Choogle
6. Main Man

Simply Vinyl was originally established in 1997 in response to the declining availability of the vinyl lp records on both new and classic back catalogue Rock/Pop titles. Only the highest quality of 180 gram virgin vinyl is used for our exclusive vinyl LP records titles, packaged with love and care into 350 gram durable sleeves. Simply Vinyl has been relaunched and revitalised under new ownership in 2010 and has big plans for 2011 and beyond

We endeavour to source and produce vinyl LP records, both recommended and exclusive, that will bring immense satisfaction and pleasure to our growing customer network. The atmospheric analogue sound created from our vinyl LP records is the hallmark of our quest for quality and the nearest thing to the live performance.

You can edit or delete your press release T.REX THE SLIDER here