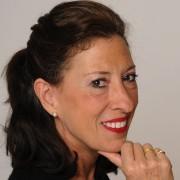 Debbie Irwin has been involved in the voice over industry for nearly ten years so when asked by composer, friend, Pulitzer Prize winner and fellow New Yorker Steve Reich to contribute to his new piece dedicated to the World Trade Center tragedy on 9/11, Debbie Irwin welcomed the opportunity to help out."We had been neighbors for years, and because of the circumstances of that day for our two families, we are forever connected," says Debbie. "When he asked to interview us for his new work we didn't hesitate to participate. That he has included my voice and my elder daughter's as well, is an honor beyond measure."The piece features chilling audio from FDNY dispatchers, air traffic controllers and citizens, which mingle with Reich's musical composition. The NY Premiere at Carnegie Hall will be on April 30, 2011.To learn more about Debbie's involvement in WTC 9/11, email: debbie@debbieirwin.comAbout Debbie IrwinDebbie Irwin got her start in voiceovers nearly a decade ago when she decided to take a continuing education class for voiceover. She was hooked. Drawing on her experience as a Wall Street stock broker, Museum PR coordinator, actress and mom, Debbie has enjoyed rapid growth in her career as a voiceover artist. Debbie is the audio tour voice for the Statue Of Liberty and voiced the Telly Award winning video for the Orange County Performing Arts Center (OCPAC), which has recently changed its name to The Segerstrom Center for the Arts. From museum audio tours to corporate narrations, brain plasticity programs, e-learning modules, kid's books, and good old fashioned radio and television commercials, Debbie is truly a versatile voice.About Voices.comVoices.com provides an online marketplace for creative producers and businesses to find voice-over professionals. Radio and television stations, advertising agencies and Fortune 500 companies all rely upon the Voices.com marketplace to search for, audition and hire voice talent. Companies that have used Voices.com include NBC, ESPN, PBS, The History Channel, Reader's Digest, Comcast, Microsoft, Cisco Systems, ING, Western Union, Nortel, Ford, GM, the US Army, the US Government and more.Voices.com Head Office Lin Parkin Press Contact 999 Collip Circle London ON N6G 0J3 Toll Free: 1-888-359-3472 Phone: 519-858-5071 Fax: 519-858-5197 Hours: Mon-Fri 9AM - 4PM E.S.T.