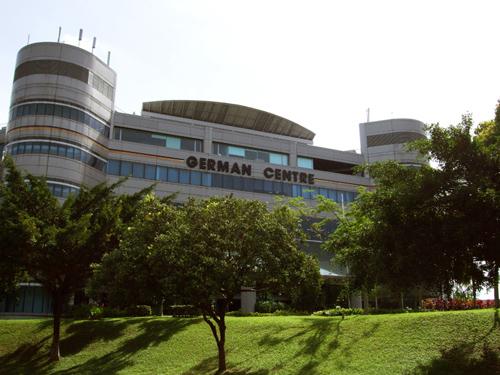 ViscoTec moves into the German CentreThe company ViscoTec Pumpen- u. Dosiertechnik GmbH is now represented with a subsidiary in Singapore. With the establishment of ViscoTec Asia Pte.Ltd. the German engineering company serves now the entire ASEAN region.The high demand for "Made in Germany" products made by ViscoTec in this region was a key reason for the Bavarian manufacturer of pumps and dosing technology to establish a branch in the area. "As a local contact person to maintain the proximity to customers and expand the range of services as well as the rapid availability of spare parts was a major concern to us, "said George Senftl, managing director of ViscoTec Pumpen- u. Dosiertechnik GmbH.Mr. Wolfgang Merklein, who will head the newly established subsidiary has specialized for years in this area and there has been a lot of contacts socialized during his professional activity at ViscoTec Pumpen- u. Dosiertechnik GmbH. With his extensive expertise he can be at our customers disposal on site.The Singapore office is the second overseas representative of the ViscoTec Pumpen- u. Dosiertechnik GmbH. In November 2009 ViscoTec America, the office in Kennesaw, Georgia, was founded which has positioned itself on the American market very well.The company ViscoTec, based in Töging a. Inn in Upper Bavaria, deals with systems that are needed to convey, dose, applicate, fill and empty of medium to high viscosity media. ViscoTec was founded in 1997 and developed from the former pump field of Resch Maschinenbau GmbH. About 50 employees now draw back on an over 20-year-old know-how and produce outstanding solutions for the global market.ViscoTec Pumpen- u. Dosiertechnik GmbH Amperstraße 4 84513 Töging a. Inn mail@viscotec.de www.viscotec.de Tel.: +49(0)8631/393-400 Fax +49(0)8631/393-500 Contact person press: Mrs. Manuela Plenk manuela.plenk@viscotec.de