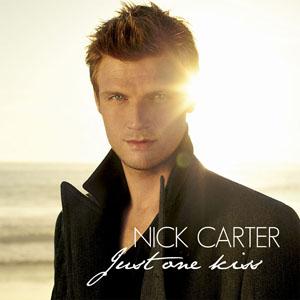 (Los Angeles, CA – April 5, 2011) – Nick Carter, the blonde haired, blue eyed, breakout star of world renowned singing group, Backstreet Boys is set to debut his highly anticipated single ‘Just One Kiss’. An internationally acclaimed singer and songwriter, Nick has won fans over with his musical and on screen talents, as well as his undeniable heart-throb status. His enduring popularity has made him part of one of the highest selling bands in history. With the full length album dropping in May, ‘Just One Kiss’ will give fans a taste of Carters latest solo endeavor. ‘Just One Kiss’ is fun summer melody that perfectly accompanies the singer’s heart-throb status.About ‘Just One Kiss’ As the debut offering from his second solo album ‘I’m Taking Off’, the song and accompanying album will be packaged with an extensive list of collaborations from impressive producers. Dan Mukala (Backstreet Boys), Toby Gad (Beyonce), Brent Kutzler (OneRepublic), Rami (Celine Dion), MIDI Mafia (50 Cent) are just a few of the producing powerhouses who will be bring ‘I’m Taking Off’ to life. “A producer for me is always a coach” says Carter. Cater continues to remain a recognizable and reputable performer, and if focused now more than ever to apply these teachings and transition them into a dynamite single and album.‘Just One Kiss’ and the adjoining album are a tribute to his loyal fan base, which Carter has built over the past fourteen years as a member of the Grammy nominated band Backstreet Boys. Touring the world several times over has given Carter the unique opportunity to interact with fans from all corners of the globe, allowing him to draw inspiration which has transferred into his latest musical endeavor. These encounters result in an album that is organic, meaningful and inspired by the fans for which it was made. If Carter’s past success is an indication of his future; his fans have a lot to look forward to. The song will be available to fans April 6, 2011 on iTunes and will include an exclusive dance remix of ‘Just One Kiss’; the full length album will be available May 24, 2011. About Nick Carter Starting his career as the youngest member of the Backstreet Boys at the tender age of twelve, Carter has toured the world with the group for the last fourteen years. In 2002 he released his debut solo album, Now or Never, which was certified gold. In 2004 he starred in a horror film called, The Hollow, which was a remake of the classic Sleepy Hollow. In 2007 Carter reunited with his Backstreet Boys brothers for a new album and tour. “I felt as if there was something missing in my life,” says Carter, “with my family intact, I have a fresh outlook on my life and career as well as new experiences to draw from in my writing and singing.” Carter’s life, both personally and professionally, are continuously thriving and evolving.Contact: Jack Ketsoyan EMC | BOWERY Jack@emcbowery.comFull service entertainment marketing company.8225 Santa Monica Blvd. West Hollywood, CA 90046

You can edit or delete your press release Nick Carter Debuts Single Off Highly Anticipated Solo Album Set For U.S. Release May 24, 2011 here