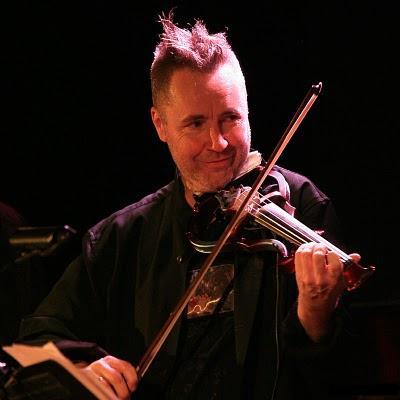 03-07-2011 | Leisure, Entertainment, Miscel …
Sold Out Ticket Market
Cloud Control Tickets for Cloud Control UK Tour 2011
Cloud Control are an indie/folk band originating from the Blue Mountains near Sydney, Australia. They have been nominated for a clutch of awards in Australia including 2 ARIA's. Cloud Control debut album Bliss Release was released on May 14, 2010. Most recently, the band was nominated for the Australian Music Prize, which they subsequently won on 3 March 2011. Cloud Control will perform in UK in the comming months. Cloud Control
02-25-2011 | Leisure, Entertainment, Miscel …
Sold Out Ticket Market
Arctic Monkeys Tickets for UK Concerts 2011
Arctic Monkeys are an English alternative rock band. Their debut album Whatever People Say I Am, That's What I'm Not, released in early 2006, became the fastest-selling debut album in British music history, surpassing Kula Shaker's K and remains the fastest-selling debut album for a band in the UK. Since then Arctic Monkeys have released two more albums: Favourite Worst Nightmare (2007) and Humbug (2009). NME reported in January 2011
02-24-2011 | Leisure, Entertainment, Miscel …
Sold Out Ticket Market
Peter Gabriel Tickets for Peter Gabriel New Blood Tour 2011
Peter Gabriel, born 13 February 1950, is an English singer, musician and songwriter who rose to fame as the lead vocalist and flautist of the progressive rock group Genesis. After leaving Genesis, Gabriel went on to a successful solo career. More recently he has focused on producing and promoting world music and pioneering digital distribution methods for music. Gabriel was also awarded the Polar Music Prize in 2009 and inducted
02-01-2011 | Leisure, Entertainment, Miscel …
Sold Out Ticket Market
Chess Musical Tickets for Chess Musical 2011
Chess is a musical with lyrics by Tim Rice and music by Björn Ulvaeus and Benny Andersson, formerly of ABBA. The story involves a romantic triangle between two top players, an American and a Russian, in a world chess championship, and a woman who manages one and falls in love with the other. A highly successful concept album of Chess musical was released in 1984. Chess musical came seventh in

06-03-2020 | Advertising, Media Consulting, …
The Marketing Compass
Baby boomers business bounce back
According to The Marketing Compass, baby boomers are bouncing back into business - only this time around, they are running their own show. A combination of the Covid-19 pandemic, ultra-low interest rates, children returning to the nest and the realisation that work is good for you is driving this change. The Marketing Compass is a community of business owners who want to learn more about marketing. Founded 10 years
04-09-2019 | IT, New Media & Software
Kimera
Kimera Systems Acquires Flick Launcher
Nigel AGI integrates with Flick Launcher to create the first human-machine interface while developing a future economic model. Portland, OR / Bologna, Italy – Kimera Systems announces today its acquisition of Flick Launcher. Both, Kimera Systems (Kimera) and Flick Launcher (Flick) developer, Michele Lacorte have reached an agreement to acquire the application and all its assets. Flick Launcher, an already popular home-screen replacement Android app, will now add Nigel AGI support. The
06-23-2017 | Leisure, Entertainment, Miscel …
Music Promotion Club
Listen to “Shine” by Therell Nigel on SoundCloud
Hip hop is a stylistic form of rap and it often includes the elements of other styles like funk or rhythm and blues. It is a pop music culture which was originated in 1980’s. It is a cultural movement and it grew in the American suburbs. The music was generally created for parties for party lovers to have a nice feel. Therell Nigell arrives on SoundCloud with his new music
06-05-2017 | Leisure, Entertainment, Miscel …
Music Promotion Club
Therell Nigel Is Back With “Shut Yo Ass Up” In Soundcloud
Music is the finest means to entertainment. Amongst several music genres, hip hop and rap music is one of the liveliest genre that has always been talk about for being a bold form of art. Not only has it showcased an artist’s voice quality, but all his other talents that make him a performer. Although hip hop music has been popular since its inception SoundCloud site has evolved as the
08-04-2010 | IT, New Media & Software
Blue Coat Systems
“Don’t Become the Poster Child for Data Loss” Says Nigel Hawthorn From Blu …
Dubai, United Arab Emirates, 3rd August 2010: More than two thirds of over 2,000 SMBs surveyed in the Europe, Middle East and Africa ranked data loss to be their top business risk, according to a latest SMB Information Protection Survey conducted by Symantec. Data leaks cost small and medium-sized businesses (SMBs) an average of US$ 316,000 each during the past year, the research shows. At present, data loss to
06-02-2008 | Arts & Culture
Nigel Edwards
New Sci-Fi Epic Released
PRISM – Exiles is the latest novel from the pen of Nigel Edwards, author of The Cookie Tin. Exiles is the story of Luke Adams, a weak individual employed as an English teacher. In the middle of his humdrum life, Luke is transported to a different world. A few hundred other souls are transported with him, pulled into adventure by the simple virtue of their proximity. The catalyst for the
Comments about openPR
OpenPR ist the nicest and most clearly laid out PR platform I have seen to this day. The press releases are displayed very nicely and clearly and without any unnecessary frills. The updates are fast and the finished release looks appealing and is clearly legible. Even with 16 years of experience one discovers new things from time to time. Congratulations!
Gabriele Ketterl, Director Marketing & PR, Menads