Chelsea owner Roman Abramovich opens the books on his billions 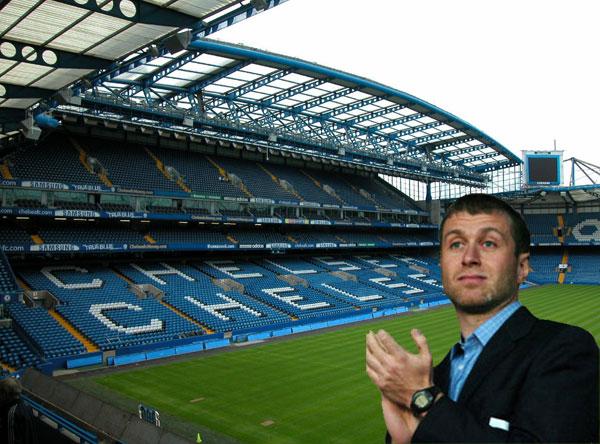 Chelsea owner Roman Abramovich opens the books on his billions

Chelsea Football Club owner, Roman Abramovich, has recently had to make a declaration of just how wealthy he actually is.Russia’s fifth richest man has announced he will run for re-election as a member of parliament for Chukota, Russia, where he served as Governor for eight years from 2000. Russia’s election laws require all candidates standing for election to declare their assets before they run for office.According to the declaration, Roman Abramovich is currently worth US$17.78 billion, owns sixteen homes, seven cars, six companies, has twenty-two bank accounts and, of course, he owns Chelsea Football Club.The UK broadsheet, The Daily Telegraph, reports that the Russian billionaire owns seven of his properties in Britain, two in the United States, three in France and four in Russia.Two of his properties in London have a combined value of US$243 million. He also owns a property in the South of France which is currently worth an estimated US$48.5 million. This property was once used by King Edward VIII and Wallis Simpson, the American socialite who caused a constitutional crisis in the UK which lead to Edward abdicating the throne in December 1936.Forbes magazine also reported that the estimated value of Chelsea Football Club currently stands at £402 million (US$ 650 million) - Abramovich bought Chelsea for £140 million (US$226 million) in 2003.Currently, his twenty-two bank accounts contain a total of US$116 million and he has a further US$40 million invested in the stock market.Abramovich also admitted to owning seven cars including a BMW, a Mercedes, a Range Rover and a Volkswagen Golf; although, strangely, his declaration does not mention any of his private jets and yachts.Despite the missing planes and boats, for Abramovich, the recent declaration shows is a huge improvement from the one he made in 1999. Then Abramovich claimed he had made just £254,865 (US$ 412,000), owned no property and his only car was a beaten up old Lada.The declaration is likely to stir up some resentment in Russia, where the difference between rich and poor is huge and the average annual salary is only US$8,000.It also coincides with a personal attack on Abramovich by the former Soviet Union President Mikhail Gorbachev, referencing Abramovich when he said; "They [the ruling classes] are rich and debauched. Their ideal is to be something close to Abramovich. I scorn this idea. I am ashamed of this rich debauchery. I am ashamed for us and the country."Read more from article source... http://blog.oceanvillasgroup.com/chelsea-owner-roman-abramovich-opens-the-books-on-his-billions/Rebecca Smith Ocean Villas Group - http://www.oceanvillasgroup.comRebecca Smith is a real estate journalist with more than 15 years experience. She is currently the sales director for Ocean Villas Group (http://www.oceanvillasgroup.com) who specialise in luxury ocean view property investments worldwide.For more Investment news... http://blog.oceanvillasgroup.comLevel 31, 6 Battery Road, Raffles Place, 049909, Singapore

03-28-2011 | Industry, Real Estate & Constr …
Ocean Villas Group Pte. Ltd.
Chelsea FC’s Roman Abramovich buys £25 million ‘stop gap’ London property
Roman Abramovich, the fifteenth richest man in the world, has splashed out £25 million (US$40.5 million) on a ‘stop gap’ home for him and his girlfriend, Dasha Zhukova, in one of London’s most up-market areas. The Grade 2 Listed building overlooks the River Thames near Battersea Bridge and is situated on Chelsea’s Cheyne Walk. The property features a fifty-foot long drawing room with high ceilings, nine bedrooms, ten bathrooms, a
10-26-2007 | Energy & Environment
Zalul
BENJAMIN KAHN, MARINE BIOLOGIST AND NOTED PHILANTHROPIST, HONORED BY TIME MAGAZI …
TEL AVIV, Israel – Benjamin Kahn, Chairman of Zalul, Israel’s leading environmental organization focused on safeguarding the nation’s seas and rivers, was announced as one of 43 honorees from around the world at Time Magazine’s annual TIME Heroes awards celebration and ceremony, to take place October 25th at the Royal Courts of Justice in London. This year’s event corresponds to the magazine’s first “Heroes of the Environment” spread in the
Comments about openPR
OpenPR is clearly structured and remains true to its principle of confining itself to the essential parts. OpenPR has proven to be a very good and reliable partner to our media agency: Within the shortest time the releases are online and go down well with the media representatives. The success of OpenPR is reflected in the steadily increasing number of press releases. It is good that OpenPR exists!
Ursula Koslik, Director Marketing & PR, F+W Hamburg