Swissôtel Odessa, Ukraine: The First Five-Star Hotel Of The International Hotel Chain On The Black Sea 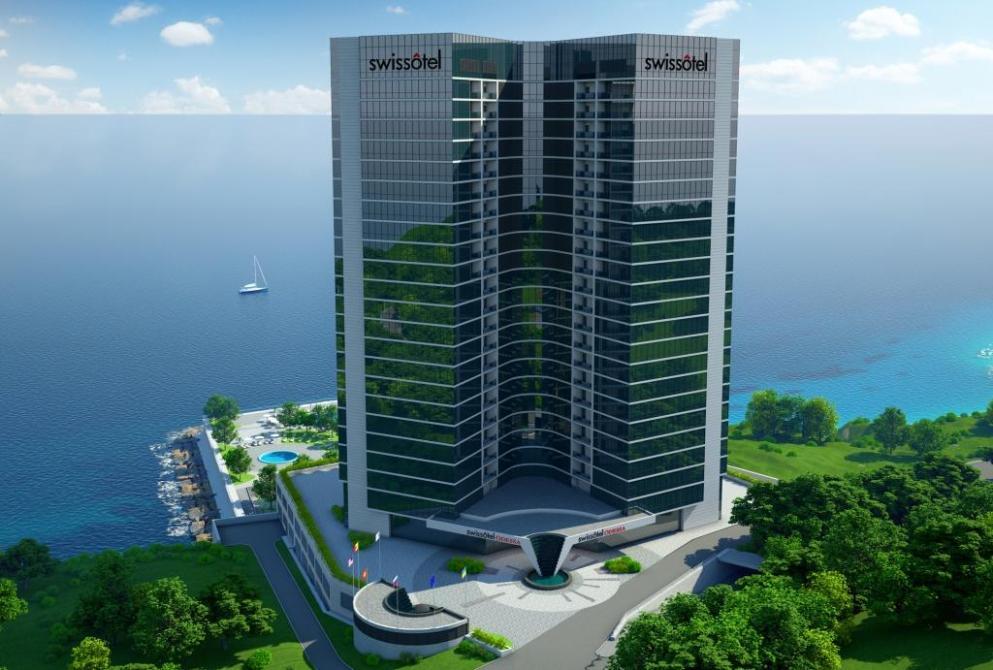 Swissôtel Hotels & Resorts is about to add another Eastern European deluxe hotel to its portfolio: Swissôtel Odessa, expected to open in spring 2013. Swissôtel Hotels & Resorts signed yesterday a management contract in Odessa with the Ukrainian investors, Interpoint Development.Swissôtel Odessa will include 333 modern and contemporary rooms, varying from the classic category “Swiss Advantage” to Presidential Suites. Furthermore the hotel will provide a lobby lounge-bar with a library, two restaurants and a brasserie with an extensive terrace overlooking the Black Sea, as well as separate private dining rooms for events. A panoramic lounge “Skybar” on the top floor will offer its visitors a relaxing atmosphere and stunning views. The hotel facilities also include spacious conference and banquet rooms. The new Pürovel Spa & Sport complex with extensive fitness facilities, various treatment rooms and as well indoor and outdoor pools with direct access to the beach will be unrivaled in Odessa.“There has never been a project of this kind in Odessa before,” says Meinhard Huck, President of Swissôtel Hotels & Resorts. “The location of the hotel on the French Boulevard is really superb. The hotel is situated close to a park area, right on the coast of the Black Sea, and only 4 kilometers from the city centre. Interestingly enough at the end of the 19th century, a summer cottage situated nearby, that used to belong to a mayor of Odessa, was named “Switzerland”. We are looking forward to a fruitful partnership with Interpoint Development and HI-Raise Constructions, as well as the opening of a new Swissôtel in Eastern Europe.”“This unique multinational and distinctive city is being famous for its own traditions, cuisine and humour, leading the trend of fashionable resort destination.”Odessa, amongst the top four largest cities in Ukraine with more than 1 million inhabitants is considered to be one of the main destinations for business, culture and tourism in the country. Due to the presence of a well-connected international airport, together with a well-developed rail network, the largest sea port in Ukraine and its outstanding geographical location by the Black Sea coast, Odessa is a major transport and commercial hub.State and national higher educational establishments are situated here: 8 academies and 8 universities. Moreover Odessa has a rich cultural heritage – magnificent buildings designed in various styles: art nouveau, baroque, eclecticism, Russian classicism. The National Theatre of Opera and Ballet, Saint Assumption (Sviato-Uspenskii) Cathedral, Primorskii Boulevard, Potemkin Steps, streets and boulevards set off by trees and sand beaches are all beloved places by tourists.Swissôtel Hotels & Resorts is a distinctive group of deluxe hotels for today's discerning business and leisure travellers, combining the renowned Swiss touch with a fresh, contemporary and modern design.Media Contacts: For more information, please contact:Susie Lim-Kannan Director Media Relations, Asia Pacific Tel: +65 6496 1236 Email:susie.lim-kannan@swissotel.comSwissôtel Hotels & Resorts 250 North Bridge Road #10-00 Raffles City Tower Singapore 179101

You can edit or delete your press release Swissôtel Odessa, Ukraine: The First Five-Star Hotel Of The International Hotel Chain On The Black Sea here